Principal Allegedly Tricked His Male Students Into His Office, Slept With Them, Then Threatened Them

Parents and villagers in Bondeni Village, Mwega Kieni Constituency in Nyeri county forcefully made their way into Bondeni secondary school and stopped every activity that was going on in the school, this included disturbing the examination that was going on in classes. According to the mob, the school's head has been forcefully engaging in the act with some of his students after tricking them inside his office.

The parents also revealed that the principal slept with the schoolboys and threatened them in case they thought of revealing his dirty acts to others. The villagers made their way inside the school carrying placards and leafy branches protesting against the principal's acts, they even entered the classrooms interrupting the activities that were going on.

Due to the commotion caused, the students were forced out of their classrooms, this followed the parents storming inside the principal's office and forcing him to vacate the room. One of the villagers was overheard saying that they can't allow somebody busy engaging in silly acts to lead their children, he should however act as a good example to the minors and father them while at school.

According to another parent, over 20 students have been shunned away from school due to the principal who always wanted them to satisfy him in the office, the principal would later get angry when a parent raised any concern concerning his leadership. Another parent confessed that at some point, the principal called his son in his office wanting to be satisfied, he later tricked him that if he engages in the act with him, he would be bright in class.

As if that was not enough, the principal vowed to end his life if by any chance he let anybody get the wind of what transpired in his office. Parents now want the school head to vacate the institution as a teacher, and until that happens, no learning will take place. Police officers attached to Kieni West Sub County have gotten the information and the investigation are ongoing. 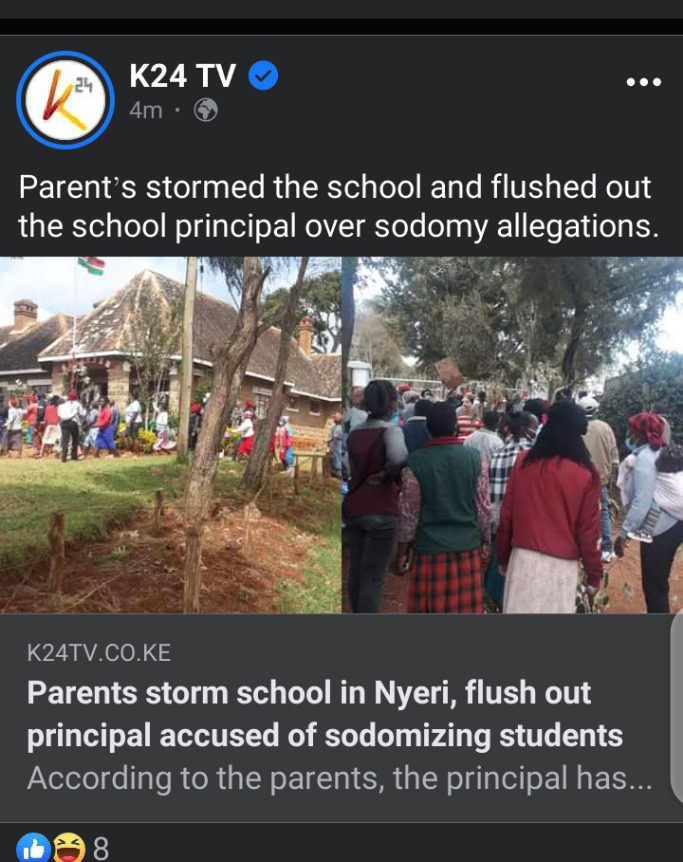 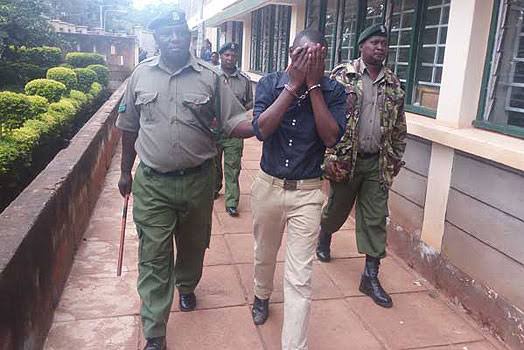