The mother to one KCSE candidate who was reportedly beaten to death in a girls' dormitory has broken her silence. 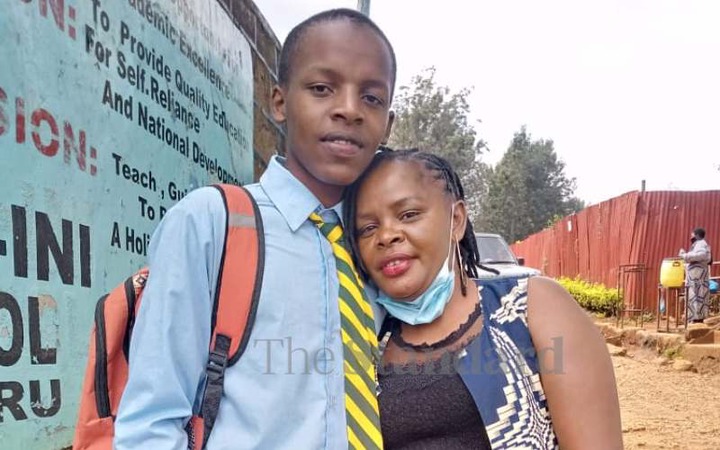 The mother, Mary Mbage, shed tears as she defended her son saying that he was not the type of child to do such a thing.

Mary added that she taught her child good morals and that she received the news of his death with shock. She couldn't believe that her son had changed to the kind of person who could sneak into a girls' dormitory.

The Form Four student from Gathiruini Boys 'High School, Kiambu County died after being beaten up by girls from a nearby girls' school.

The 17-year-old in together with five other classmates had fled from their school around 10am on Thursday morning and proceeded to Komothai Girls' High School a short distance from their school.

According to DCI, when the six managed to get into the girls' school they crept up to Phoeb's hostel.

It was not immediately clear what the young men had gone to do there but their plan failed after some girls saw them and screamed immediately.

Some students as well as teachers and guards ran to see what was going on but five of the six boys who had entered the girls' dormitory illegally managed to escape and return to their school leaving one of their classmates behind. 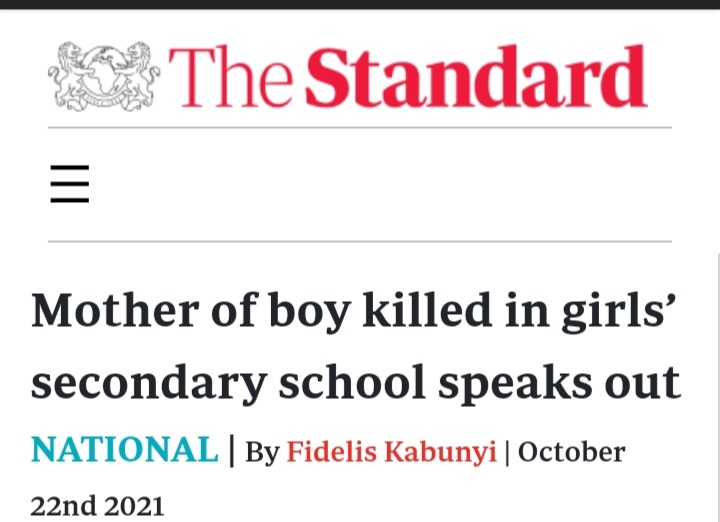