The Collapse Of Mumias Sugar Company

By AllanOscarOluchiri (self meida writer) | 27 days

Mumias Sugar Company has been and will continue to be one of the most sort after sugar millers of all times. This company is located in the western part of Kenya, Kakamega county and Mumias west Constituency. This company has benefited a vast majority of Locals to improve their livelihood. Large population of people in western Kenya have paid their mountains of bills from produce of selling sugarcane to this miller.

Sugarcane plantation takes eighteen (18) to twenty-four (24) months to be fully ripe for harvest. This is a long time for anyone to just sit and wait for his/her produce to mature and be ready for harvesting. Due to this lengthy periods of farming, farmers used to intercrop sugarcane with beans and other legumes. 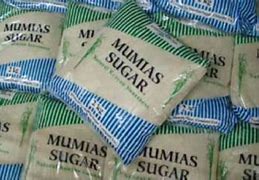 In the past decade, there has been a drastic drop in the planting of sugarcane in western part of Kenya by farmers. Research has shown that most of the farmers were experiencing losses after harvest. As per the culture of the millers, after harvesting is done, trucks were brought to the farm to collect sugarcane, where by on reaching the factory, it was weighed and put on the chambers for processing.

There has been a mismatch in the weights between the scales of the farmers and that of the miller. As the weight of the farmers is reading ten hectares reaping ten tones that of the millers were reading ten hectares reaping five tones. This persistent misreading prompt other parties to delve in such as politicians and activists groups.

Moreover, there were delayed payment of farmers to an extent of one year. This move by the company demotivated the farmers to a point of uprooting the crop and opting for another means. Since sugarcane was the sole purpose of the miller, there was a drastic drop in production by the miller as the profit margin dropped. There was also the issue of arson attacks whereby sugarcane were burnt before the actual date of harvest. 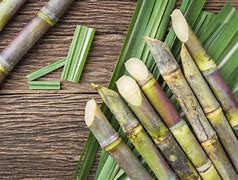 This compromised the overall quality of sugar as the final customer opted to buy other brands of sugar. Year after year the company has been changing management of the company from good leadership to bad and more worse. The last bit of the leader who was seen to help the company, moved out with a huge chunk of allegedly billions to fund his political campaigns.

Mumias sugar company has remained closed and is under receivership with huge bills to pay.

Content created and supplied by: AllanOscarOluchiri (via Opera News )

Six Body Parts That Women are Attracted to in Men, 4 Will Leave You Wow

Avoid This Kind Of People In Relationship, They Are Not With You To Stay

Dear Single Men, This Is Where Y'all Going Wrong