In the aftermath of the Kenya Defense Forces successfully refurbishing the Kenya Meat Commission factory at Athi River in Machakos County within just seven months after being in control of the commission, some of those Kenyans that'll benefit from this refurbishment and increased meat processing capacity are our top two leaders.

Yes, President Uhuru Kenyatta and Deputy President William Ruto stand to reap big from the KMC factory's increased capacity to slaughter 200 cows daily up from the 200 that were being slaughtered per week in the past courtesy of their big investments in cattle farming. We say this because these two leaders are big farmers and each of them owns thousands of acres of ranch putting them in the category of KMC's cattle suppliers.

President Uhuru Kenyatta runs cattle farming on his Gicheha Farm in Nakuru County while Deputy President William Ruto runs the same on his Kisima Farm in Taita Taveta County. Below are some details of these two farms. Located around a kilometer off the Nakuru-Eldoret highway and around 17 kilometers from Nakuru town is President Uhuru's Gicheha Farm that's home to thousands of cattle, sheep and goats that make up the President's investment in the business.

As revealed by David Njoroge the farm manager in 2018, the farm which has more than 1500 heads of cattle has more than five breeds of beef cattle with some breeds having been bought from as far as South Africa, Rwanda, Uganda as well as different parts of Kenya all in the quest to increase variety and meet customer demands in the market. 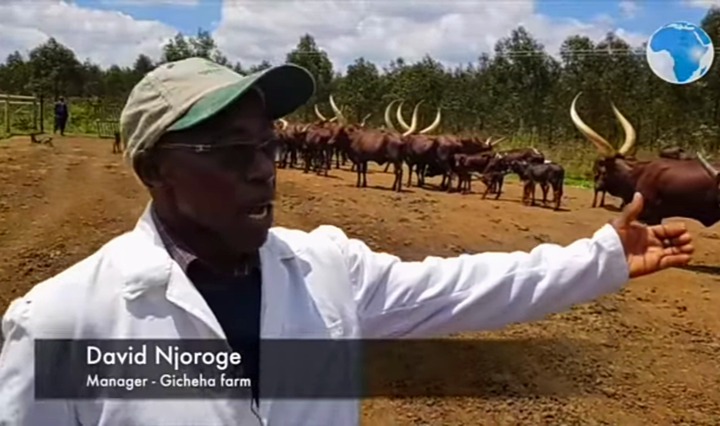 Screenshot of Gicheha farm manager David Njoroge standing in front of a herd of Nyankole cattle in a 2018 video by Daily Nation.

For instance, the manager said back then that the farm had more than 300 Nyankole cattle whose number had tremendously grown from the 50 that had been bought from Uganda and Rwanda.

Additionally, the farm manager revealed that there were three breeds of cattle that were bought from South Africa, that's the Herefords, the Aberdeen Angus and the Bargur breed. Borans from Laikipia and Delamare's Soysambu ranch are also part of that cattle collection. 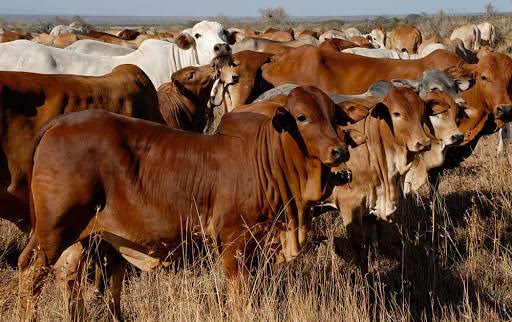 A herd of borans cattle.

Added to his Narok ranch, President Uhuru is posed to be making millions of shillings in the beef cattle business. 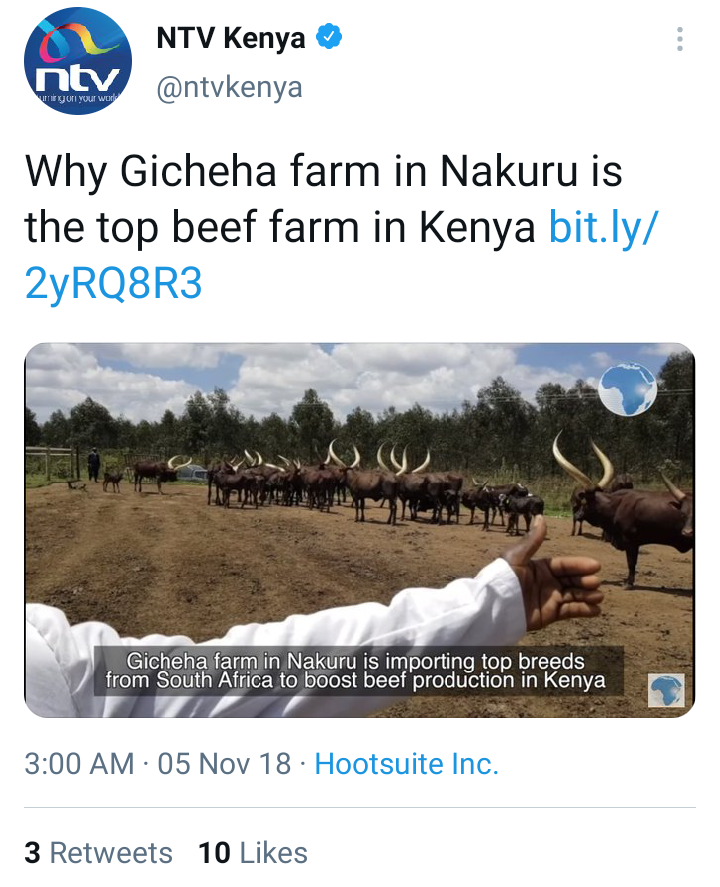 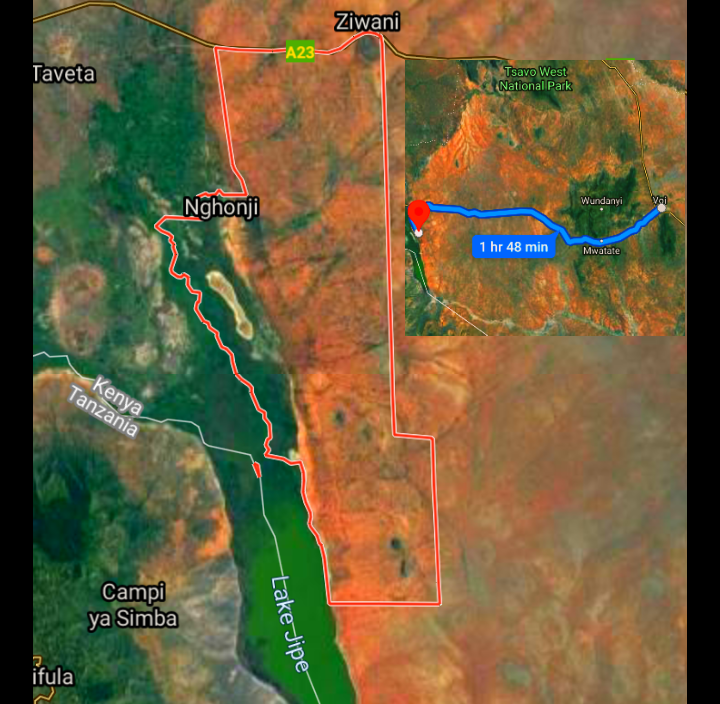 Mata ward (marked in red) in which DP Ruto's Kisima farm is located.

Located in Mata ward of Taita Taveta County is DP Ruto's 1,000 acre Kisima farm on which he rears cattle, sheep and goats just like his boss, President Uhuru.

As seen above, the farm is around 114 kilometers west of Voi town and 27 kilometers south of Taveta town. It borders the vast Criticos ranch that's owned by the former Taveta MP Basil Criticos who sold it to the DP and it's nearest water body is lake Jipe which is on its south. Below are some photos of DP Ruto on the farm. 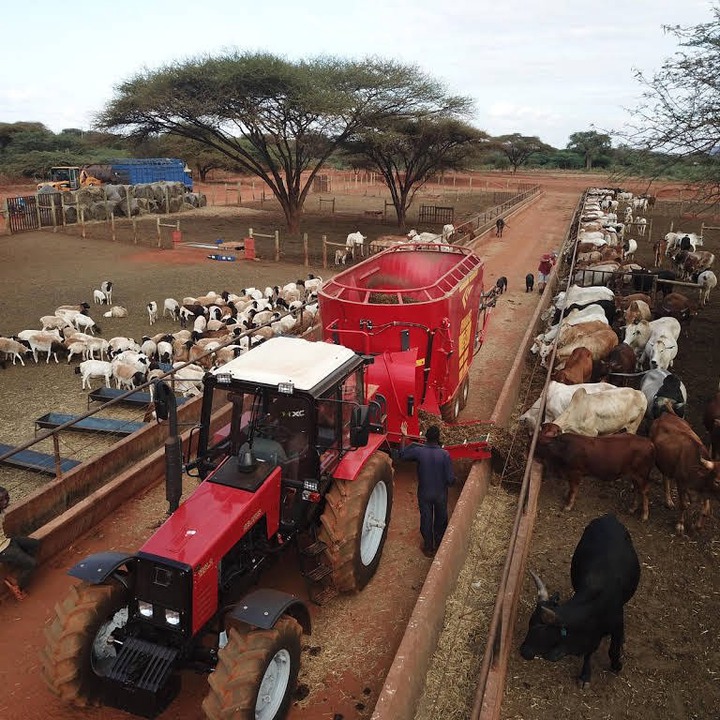 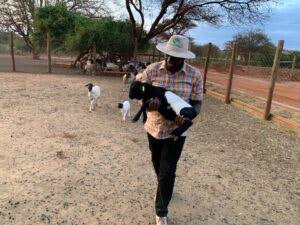 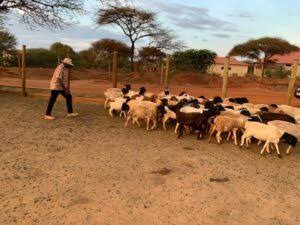 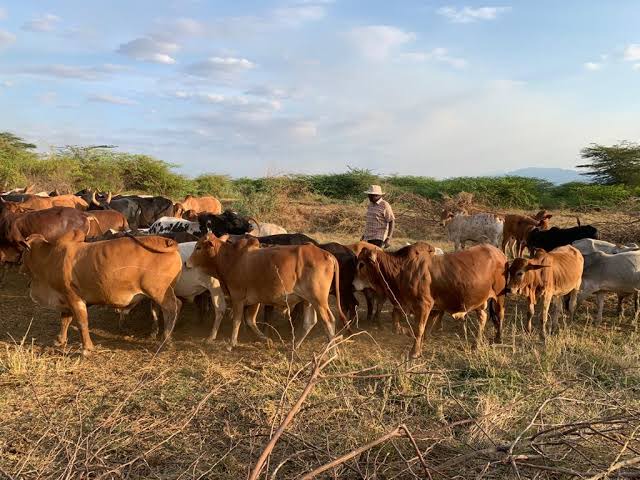 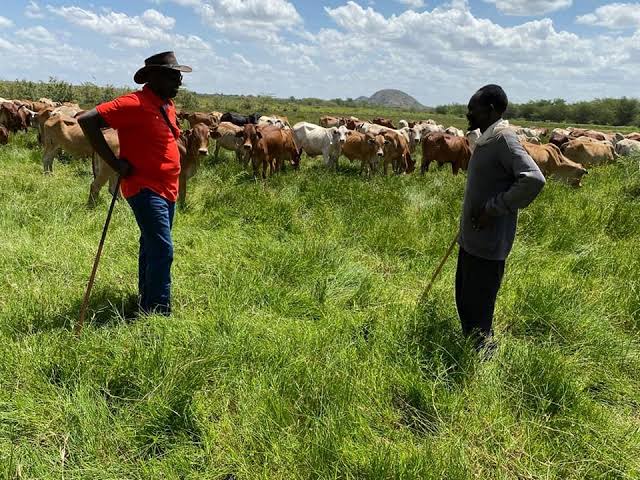 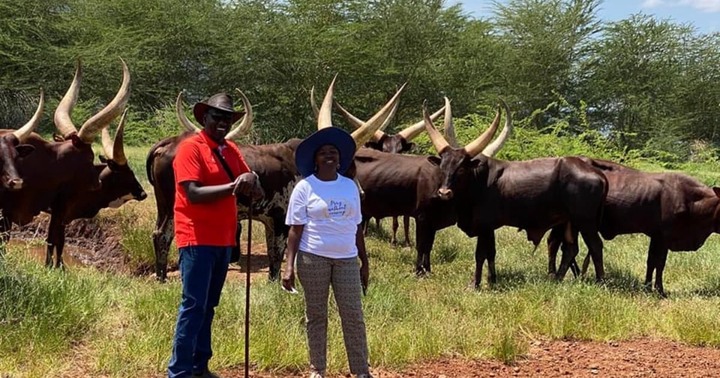 As you can see in the last photo above, DP Ruto also owns the Nyankole breed of cattle Ruto just like the President but his herd has a majority of borans. The DP has a farm manager too, his name being Arie Dampers who is a South African-Kenyan national.

On several occasions, the farm has put the DP on the spotlight over what locals and Taita Taveta County Government say depriving them water but the DP keeps expanding his herd.

Mind you, the Koilel Farm Company which is owned by DP Ruto's son, Nicholas Kipkurgat Ruto has interest in the beef business and was even awarded a million shilling tender by KMC a while ago.

Why Roads Agency Comes Top of the Pack, Says Survey

Big Win For Nairobi Residents As The UK Government Makes This New Greatest Move In Nairobi.

President Ruto Operates An Excavator During His Tour In Machakos County.