The 2016 audit report on CDF spending on various projects in Kiminini Constituency for the financial year 2015/2016 has come back to haunt the Kiminini MP Hon.Chris Wamalwa.

In the report,the auditor general flagged several lapses in the management of over ksh.150,000,000 by the Kiminini CDF committee between the year 2015 to 2016.In one of his statements,the auditor general expressed some difficulties in ascertaining the use of Ksh.14,597,000 of the constituency fund which was meant for bursary.

"The identification and disbursement of ksh.14,597,000 bursary fund to needy cases in Kiminini Constituency had no evidence.Therefore,the propriety of this money cannot be confirmed," the auditor general wrote.

The auditor general reported that no documentary evidence such as designs,bills of quantities,quotations,evaluation reports and completion certificates on security projects were availed to his office for verification when he visited the CDF offices.

"There was also an over expenditure of Ksh.4,200,000 on these projects which was never approved or budgeted for," the auditor added.

The auditor general also noticed that the CDF committee had drawn over Ksh.7,758,714 illegally on allowances.He said that the committee failed to convince him how the money had been spent.

"They failed to provide to my office the minutes of their meetings,the evidence of frequency of their sittings and the number of attendees to those meetings," the auditor opined.

The report says that some CDF projects were intentionally over valued by the committee.In one of the cases,the report reveals some two schools which were given Ksh.2,000,000 each to construct pit latrines.However,the same kind of toilets were constructed at a different school for only Ksh.200,000. 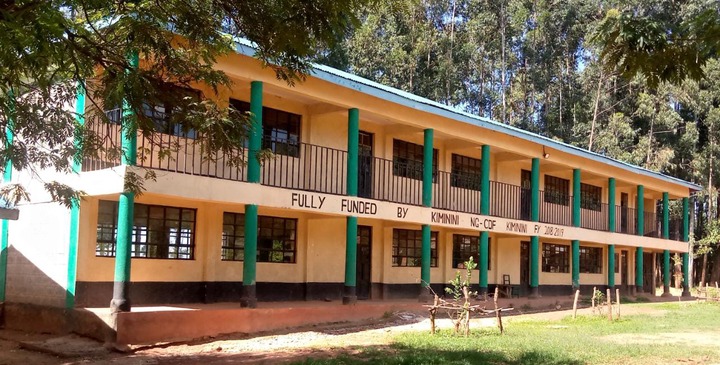 Now,residents of Kiminini Constituency have called the EACC to take actions against the misappropriation of the funds at the CDF offices failure to which they have threatened to take to the streets.While speaking to this reporter,one of the residents vowed to pursue the matter to its dead end using all means.

"We should be patriotic to ourselves if we want this issue of corruption to end.I promise to be at the forefront in calling for accountability for this misappropriated funds," Mr.Barasa, a Kitale based Human Activist assured.