Munya Proposal To Reduce Maize Price Fulfilled As 2Kg Will Cost This Amount. 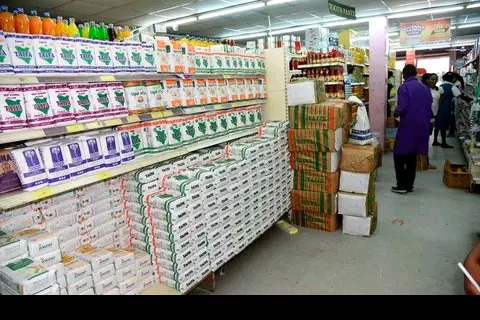 Miller's claim that Peter Munya's proposal to remove all taxes on imported maize in an effort to reduce the price of the staple will only cut the price of flour by Sh2 for a two-kilo container.

According to United Grain Millers Association (UGMA), a group that represents small and medium-sized millers, the move is so inconsequential that it won't have any bearing on consumers.

Mr. Munya stated in a speech on Tuesday at the Namanga border that the government would publish an order by the end of Thursday suspending the fees imposed on imported maize in an effort to cut the price of flour, which is now provided for Sh210 for a two-kilo bundle.If the tariffs are removed, the price of a 90-kilogram bag of imported maize—which costs Sh100 and yields 36 packets of two kilograms when milled—will only drop by Sh2.7.

Regionally: List of major projects Uhuru launched or inspected the last few weeks of his Government

Just in; Total Amount Of Money Azimio Paid to a Private Jet To Ferry Diamond From South Africa

How To Get Unlimited Blessings With This Powerful Miracle Prayer

7 Morning Announcements From Emirates For Arsenal