Someone Should Know Where This Phrase "Monkey Business" Originated From 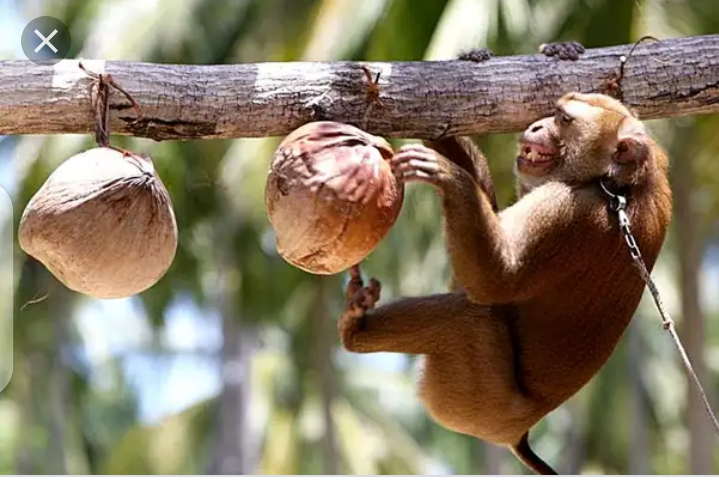 This is a story that have been retold so many times and might have lost its gold and bright edges but I am sure you will enjoy. It will make you understand approaches to life and make meaningful decisions especially if you are involved in business.

A story is told about a group of people who lived in one village. The village is said to have been forested and animals roamed around freely in this forest. However, these people had confined themselves in areas where wild animals could not reach unless when only allowed in through the fenced wall. These villagers lived in harmony with the wild life around them using the little resources they had to survive which were majorly bananas.

He came back the second time and since the monkey population was reducing he offered a higher pay worth 150000 for a monkey. People began catching monkeys all over the place in a bid to make money. Every day the monkeys would drastically reduce while the white man bought them and put them in cages. It continued for a while until no monkey would be found. But the man insisted that he wanted more monkeys. He even increased the bid to 1 million shillings for a monkey but there was no more monkeys around. The villagers could not believe it.

The white man then left for the city to look for the monkey market. He left the monkeys in cages in charge of his friend to guard them. Immediately the man left, his friend decided to collude with the villagers to con him. He told the villagers that if he was to sell back to them half or three quarters of the white man's monkeys for each worth 500,000 then they would make huge profits once the white man came for the monkeys since he would ask for more. The people accepted and began buying back the monkeys until there were a few left. They even gave out their few bananas in addition to their money to atleast reach the price of one monkey. The white man's friend collected all the villagers' money together with the supplimented bananas in exchange for monkeys. Every one in the village now owned a monkey worth a million shillings but you know what the white man never came and his friend made away with all their money and left the villagers with monkeys but nothing to eat. This is how the phrase no monkey business was derived from.