By politicsUpdate10 (self media writer) | 2 months ago 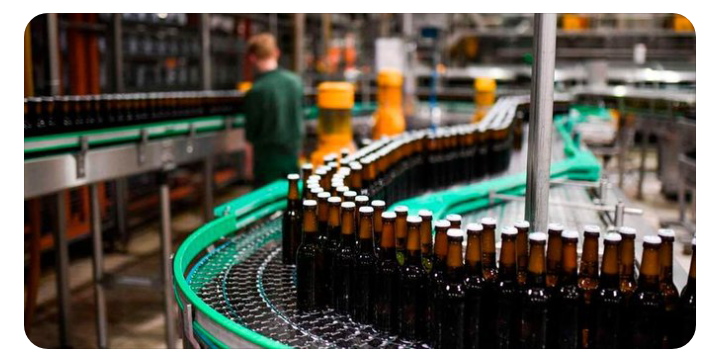 The German Brewers Federation warned on Monday that the rising cost of energy and the possibility that Russia could stop supplying gas to Germany risk exacerbating the aftereffects of the coronavirus on the industry.

According to data released by the federal statistics office Destatis on Monday, German brewers sold 157.2 million litres of the amber liquid during the first half of the year, a 3.8 percent yearly rise.

The first-half figure was 5.5% below the pre-crisis level for 2019 despite the improvement.

According to the German Brewers Federation, there is little reason to believe that sales will continue to increase in the second half of the year given the country's impending energy crisis.

Energy costs have increased as a result of Russia's declining natural gas supply to Germany and concerns that a severe shortfall could result from a total cutoff.

"Without gas, the shelves will be empty," Eichele said.

The scale of the energy crisis and its impact "can only be guessed at", he added.

Brewers had made efforts in recent years to cut back on their energy use, but Eichele said it was now "difficult" to overtake gas as the industry's primary energy source. 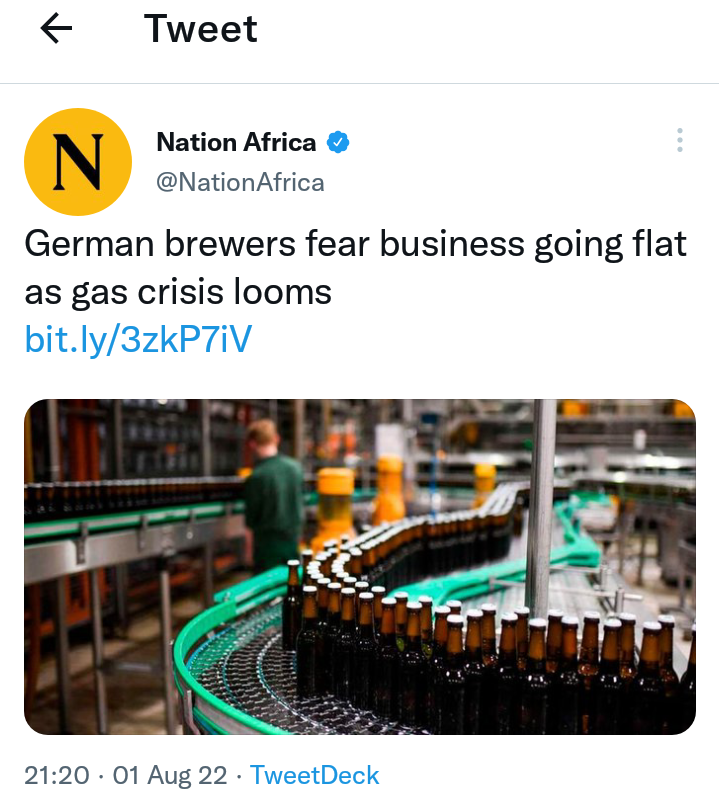 The federation claims that, after the chemicals sector, the food and beverage industry in Germany uses the most gas.

Energy suppliers, such as those who make glass bottles, pass along the increased cost of energy to customers.

Content created and supplied by: politicsUpdate10 (via Opera News )

Dangerous Disease You Can Get Rid Of By Taking Ginger Tea

5 Signs that Someone Is in Love With You

Is Your NHIF Card Active? Do The Following To Know It's Status