By TheReporterr (self meida writer) | 27 days

Residents of Kisumu have taken to their different social media accounts to express their happiness and excitement after a project which had been spearheaded on by President Uhuru Kenyatta which was launched today saved alot of displaced traders. 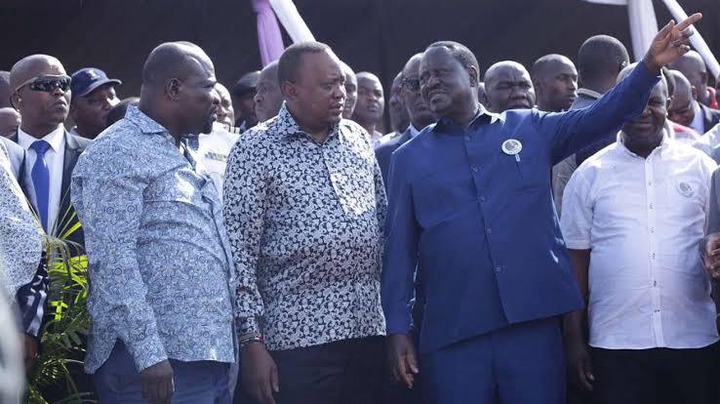 In an incident which reportedly happened several months ago, a couple of city council officials went ahead and demolished several businesses and business premises belonging to different people in the region leaving them jobless.

According to the reports given by the governor of Kisumu, Honorable Anyang Nyongo revealed that they had decided to undertake this mission in a move which was made by the government who were trying to reclaim public land.

However in what might be considered as good news to the traders who had been displaced, it has been revealed that the they have been given another opportunity of starting their businesses after the launch of President Uhurus Market which was being built by President Uhuru Kenyattas government.

Reports received from a reliable source of information has revealed that the project which took several years to complete was today launched where over a thousand traders who had been displaced were given their spots in the same market.

Kepha Omondi - In as much as people don't like president Uhuru Kenyatta all I can say is thank you for doing this to my people.

Elizabeth Ogitu - Congratulations and thank you to president Uhuru Kenyatta for helping our mothers and family members in Kisumu.

Judas Kimani - I don't care about what you people are saying about president Uhuru Kenyatta because as far as I'm concerned, he's working alone.

Rose Muhonja - Well now I hope this will happen again in Bungoma because so far we were also displaced by our officers.

Wafula Nicole - The governor of Kisumu has finally kept his promise because I recall him saying that they were going to make sure they get them a new place.

June Nyoro - While William Ruto is here campaigning and forming different political parties, the president is here working all alone.

Haile Judith - Thank you for taking the time to care about our family members back in the village, so far you're and will always be our president. 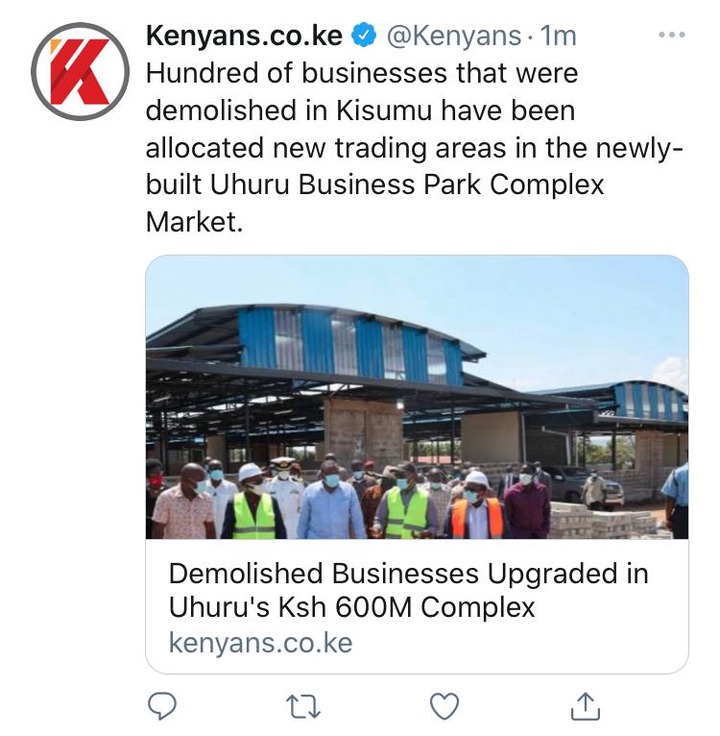 No More Jubilee Party As William Ruto Hints, Encouraging Others To Build UDA After Uhuru's Remarks

Couple Narrowly Escapes Death After Their Car Rolls Upside Down

William Ruto Delivers This Message to Jubilee Party Legislators, Asks Them to do This