By kenya.newszjunky.co.ke (self meida writer) | 20 days 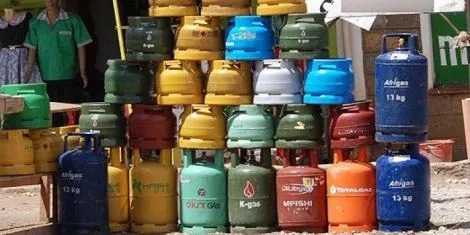 In a notice published in local dailies on Monday, July 5, the authority noted that the companies refilled, traded and dealt with liquified gas cylinders of other licensees without written consent from the parent companies.

The notice also showed that the companies supplied filled gas cylinders without any seals as directed by the authority.

The crackdown was carried out between April and June 2021 in accordance with the Energy Act.

This comes even as a crackdown on fake petroleum products across the country intensify.

On June 30, EPRA released the names of petrol stations that had been caught selling adulterated fuel in a bid to curb the menace.

The regulator stated that it had found eleven stations that were either selling diluted fuel or fuel bound for export for a period of three months from April to June 2021.

In April 2020, Singer Ruth Matete's husband became a casualty of a faulty cooking gas product when he passed away following a gas explosion at their house.

Beloved John Apewajoye, passed away after succumbing to burn injuries sustained after an accidental gas explosion.

According to autopsy report, the explosion damaged most of his internal organs after which he spent weeks in the Intensive Care Unit (ICU) before his death.

Photos Of Diamond, Zari and Their Children In South Africa

Top 5 Footballers Who Married Their Fans

Lulu Hassan Left in Tears After This Unexpected Thing Happened