By Purity_bellah (self media writer) | 6 months ago 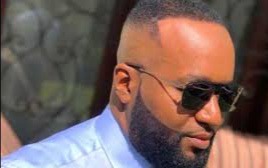 Joho spoke before the County Public Accounts and Investments Committee, which was chaired by Migori Senator Ochilo Ayacko, to answer audit questions raised by the Auditor General's report for the fiscal year 2018/19.

The county executive is one of several governors who have been invited by a Senate committee to explain how taxpayer cash were used in the aftermath of revelations of huge public thievery.

“The Senate County Public Accounts and Investments Committee hereby notifies the Chief Executives of the entities listed in the Schedule below of the Committee's sittings scheduled in the months of June, July, August, September, October, and November 2021 and invites them to appear before the Committee on the respective dates listed,” Senate Clerk Jeremiah Nyegenye wrote in a notice.

"The committee will not accept management responses that are made available to the committee and the Auditor-office General's outside of the stipulated timescales," the statement stated.

In 2019, Joho was requested by his county to clarify pending invoices totaling Ksh3.7 billion. The AG also inquired as to why part of the funds obtained by the county government were spent at the source.

The Auditor General reported that Joho's administration had Ksh3.7 billion in total pending invoices for the fiscal year 2017-2018, but only submitted Ksh5.3 billion.

An audit report on the Ksh2.4 billion distributed by the Attorney General's Office to 11 of its departments last year indicated that Ksh572 million of taxpayer money was wasted.

According to the AG, five of the eleven institutions reported not receiving their full allocations, putting the Attorney General's Office on the spot. The five institutions' financial statements revealed a Ksh572 million shortfall.