By JamesIrungu43 (self media writer) | 2 years ago 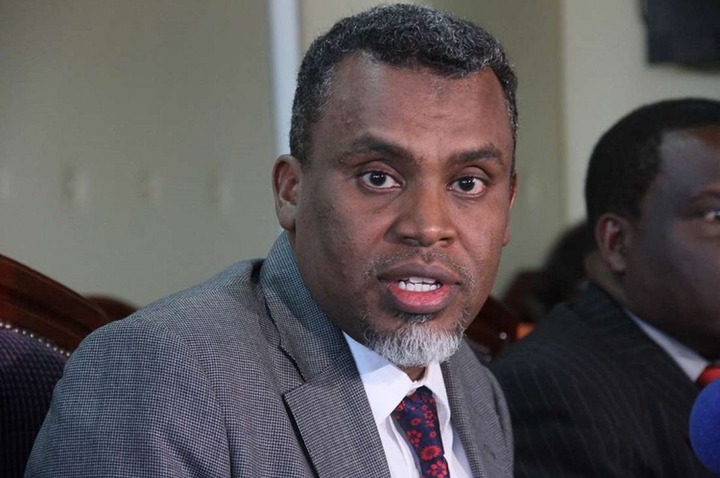 The General Manager Finance at the Kenya Ports Authority (KPA) Mr. Patrick Nyoike has been detained in Mombasa over corruption charges amounting to Ksh. 214,548, 340.80.

According to a statement by the Office of the Director of Public Prosecutions (ODDP), it has shown that Mr. Patrick Nyoike allegedly used his power to allocate the money to Nyali Capital Limited, a microfinance business which is run by his wife Jacinta Wanjiku Wambugu who acts as the company’s General Manager along with other directors.

According to the ODPP, Nyali Capital Limited acted as a vendor in the KPA portal which indicates a conflict of interest and also a break of the codes and conducts.

“This demonstrates a conflict of interest on the part of Patrick Wambugu Nyoike, the General Manager Finance at KPA,” the ODPP’s statement adds.

Probing Mr. Wanyoike started Last year when the anti-graft detectives raided his house under probe of siphoning millions from the company to a private developer.

The Ethics and Anti-Corruption Commission (EACC) then, claimed they were working on a tip-off suggesting that a sum of Sh241 million were moved from the company to an individual close to Mr. Patrick Wambugu Nyoike. Content created and supplied by: JamesIrungu43 (via Opera News )

Azimio MP Receives President Ruto During His Tour in Nairobi

Positions Uhuru's CSs Had Been Assured of in Raila's Govt

Revealed: Ambrose Discloses What They Wear Inside Freemasons Hall, as Well as Their Favorite Verses