Economist David Ndii has reacted to Raila Odinga's answer to the debt question about the high the debt which is currnetly affecting tyhe county.

In the just concluded interview the Azimio One Kenya Coalition party flagbearer said there is no harm in a country having or taking a debt. The former prime minister named some on the biggest economy countries such as China, USA and Netherlands which have debts. 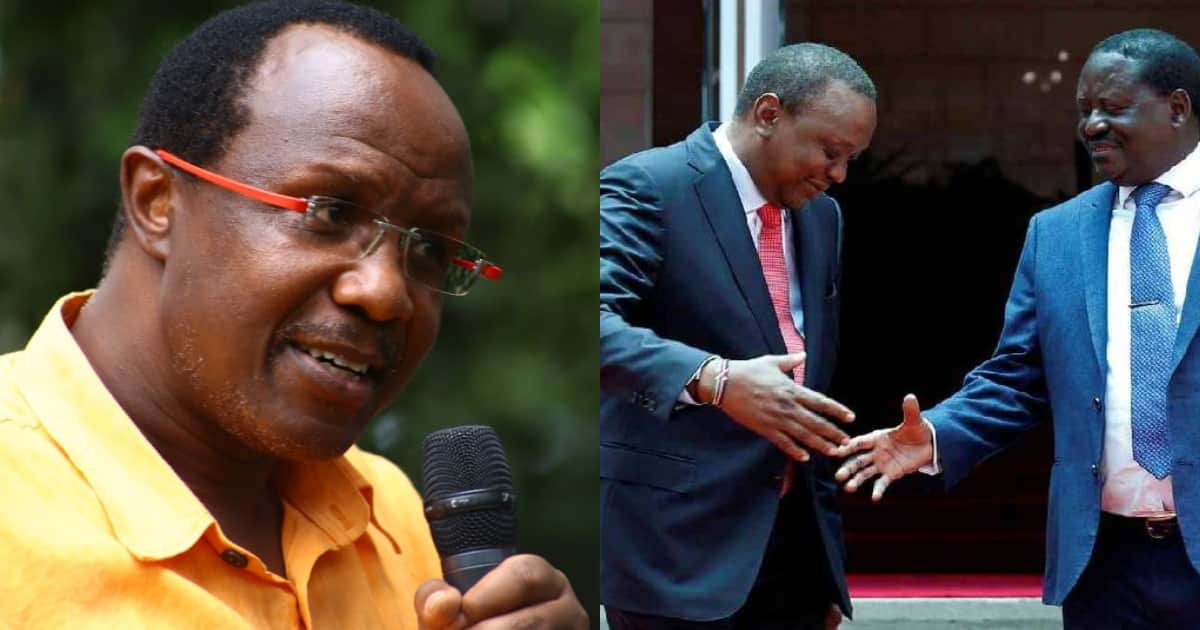 Odinga said that what matters is using the debt to invest rather than consumption.

"But the thing is, what do you do with the funds you borrow? We should borrow to invest because if you borrow for consumption, then your ability to repay becomes impaired," said Raila Odinga.

However, David Ndii refuted this answer. On his side he sees it different that the debt shouldn't be used to invest alone.

"My friend, if all the debt had been scrupulously invested in more mega-projects like the SGRs and Nairobi Expressways we would still be in a debt distress. In fact, it would be worse because at least consumption has a multiplier effect. I ask again who are Raila’s economists?" Wrote Ndii in his twitter page. 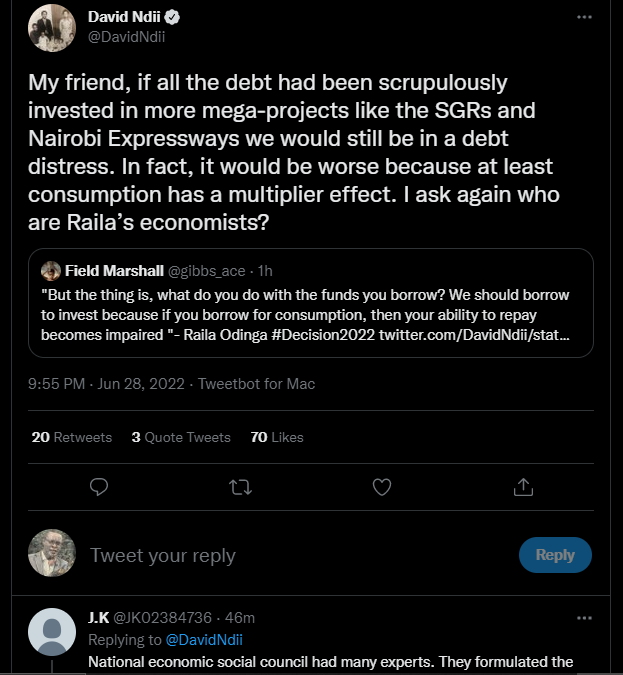 Below are screenshots on how Kenyans reacted. 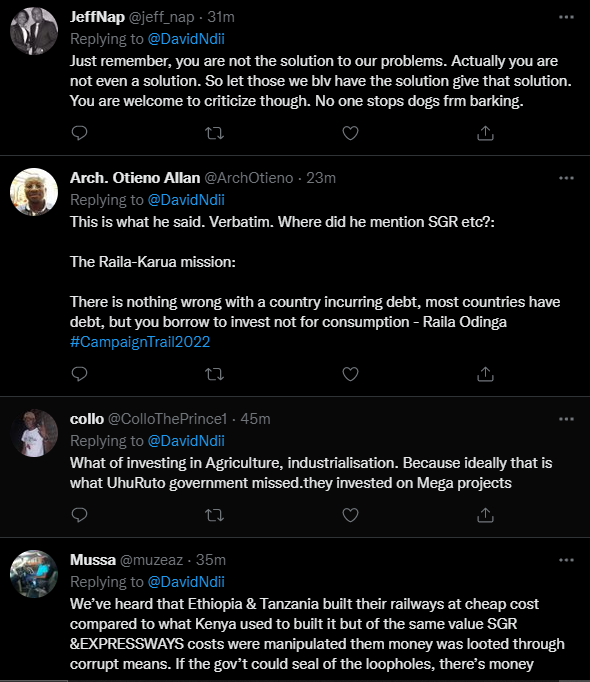 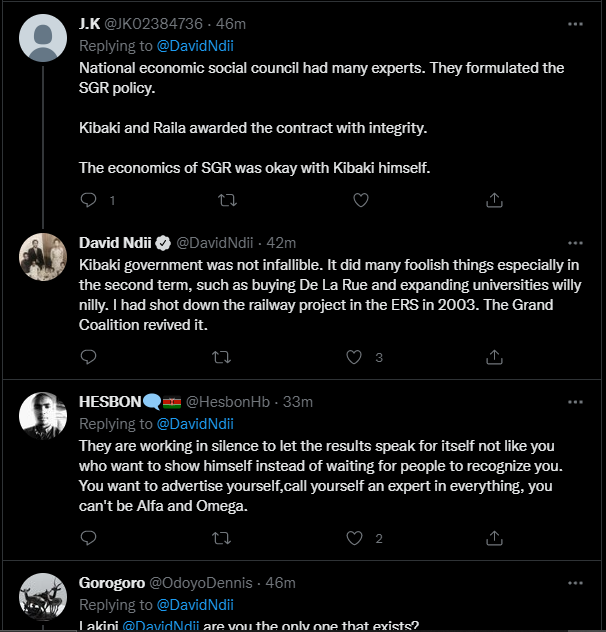 Azimio Campaign Board Explains Why Preparations Are Underway at The KICC, Deliver Good News to Raila