By Olmoran.news.com (self media writer) | 9 months ago 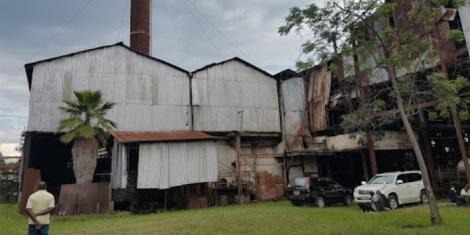 A section of farmers in Kisumu is ready to surrender land for free to the government in a move likely to save taxpayers millions of shillings.

The individuals made the declaration on Monday, May 9, shortly after a meeting attended by officials from the National Lands Commission (NLC) at Miwani Su

The farmers explained that they were ready to surrender over 5,000 acres to support the government's efforts to boost investment in the region.

They further termed a plan by the state to purchase a total of 3,000 acres from a private developer as fraudulent arguing that the land was public and that the sugarcane farmers who were tilling the parcel were ready to surrender the portion.

"The conclusions of the meeting are very clear that Miwani is public land and that Government cannot buy its own land. It is ridiculous that a company can claim that it owns Miwani land. That is far from the truth. This land is owned by the Government. It is held in trust for the people by the Government.

"If the Government wants to build a special economics zone, the people are more than willing and ready. They will give that land for free. The Government should not pay anyone for land in Nairobi," stated a resident who had taken part in the meeting.

The representative further urged the commission to proceed with demarcating the piece of land for the purposes of setting up the project.

"We have told the officers who came from the National Lands Commission (NLC) that in no certain terms that they go back to those who sent them and tell them that there is land.

"The Government just needs to come, demarcate its land and proceed with the development projects it wants to do," he added.

In an earlier report, the residents had accused the state of hatching a secret plan to purchase the land which they claim is clearly public land.

NLC was also accused of publishing a Gazette Notice announcing the intended purchase of the parcel.

The case, which is currently in court, is seeking to establish the circumstances under which an auctioneer was appointed to oversee its sale.