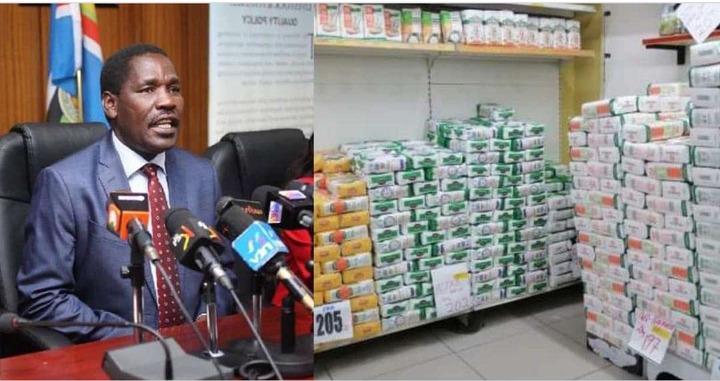 After reaching an agreement with millers, Peter Munya announced a decrease in the price of maize flour for four weeks in July. A 2kg packet of unga was sold for KSh 100 thanks to the maize flour subsidy, compared to over KSh 200 for standard brands. The "valuable" item ran out of stock in supermarkets on August 1 weeks after the government mandated a price cut.

Following the government's decision to halt the maize flour subsidy scheme, Kenyans would no longer have access to affordable ugali. 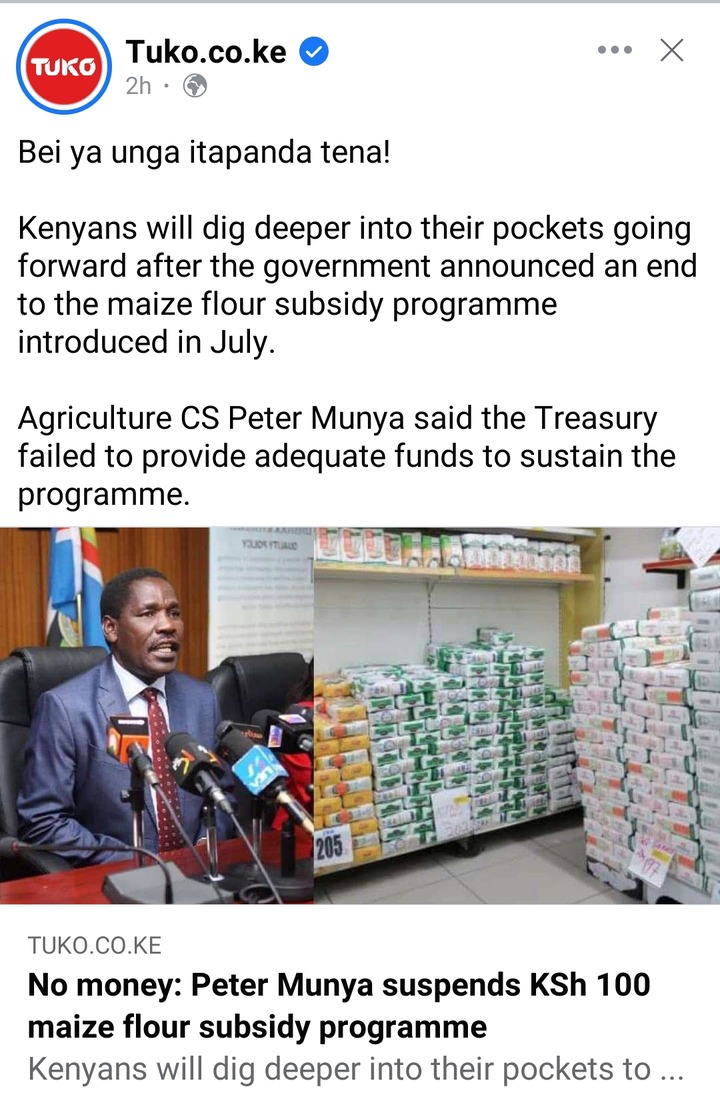 According to the Daily Nation, Agriculture Cabinet Secretary (CS) Peter Munya observed that the initiative was unsustainable due to insufficient funding from the National Treasury.

Additionally, the government stopped charging import taxes on maize on July 1. Munya disclosed that the goal of the approach was to lower the price of maize flour three months prior to the following crop. "As of July 1, 2022, all import taxes on items used to make animal feed and maize have been discontinued. This program aims to reduce the price of maize flour and animal feed in the nation for the subsequent 90 days before the subsequent harvest "Munya added.

Vera Sidika Undergoes Surgery To Reduce Her Enormous Behind

President Ruto's statement to Kenyans that brought hope of Restoration to Kenyan Economy.

JUST IN: Relief as Court Orders Immediate Release of TUKO Editor as Another Chief Editor is Summoned

Top 4 Most Corrupt Countries In Africa 2022.