No More Secrets: COTU Boss Francis Atwoli Finally Spills The Beans About The Source Of His Finance 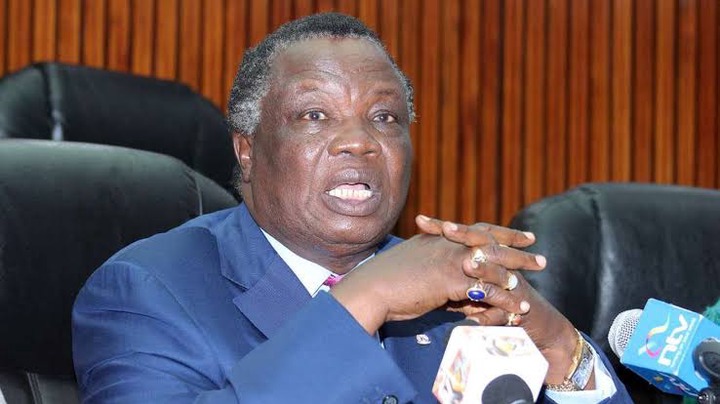 COTU boss Francis Atwoli is one of the most popular people around the nation. He isn't a politician but he is known more than even some of the top politicians in the country. In fact, there is a time when Francis Atwoli claimed that he is the third most prominent person in the country, only behind President Uhuru Kenyatta and ODM party leader Raila Odinga.

For a very long period of time, Kenyans have been asking themselves many questions about Francis Atwoli, especially when it comes to his finances. Well, today many of those questions may have been answered after the COTU secretary general decided that there should be no more secrets.

While responding to a netizen who had questioned about his wealth, Francis Atwoli spilled the beans about the source of his finance as he stated that his main source of finance are his salaries. Atwoli downplayed allegations that he is a billionaire claiming that it is a creation of the media.

"I am the only person who says publicly where I bank. My accounts are in NBK and ABSA. If in need you can confirm that indeed my two accounts receive ONLY salaries. The issue of being a billionaire is a creation of media. That will not stop me from telling Kenyans the truth." Tweeted Francis Atwoli. 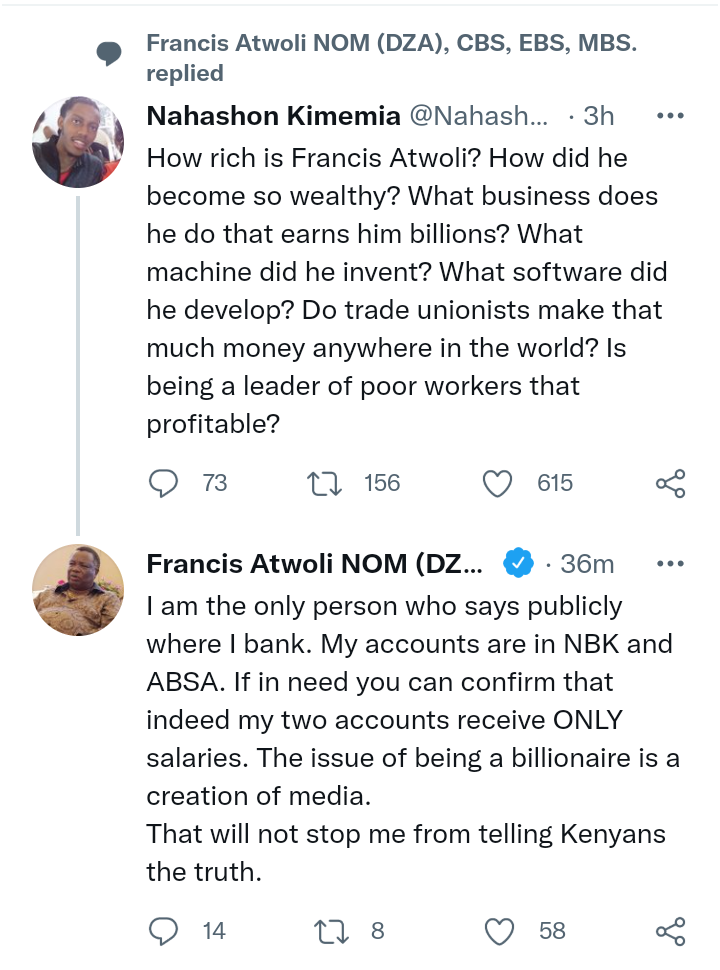