What Bottom Up Economic Model Really Means To The Common Citizens

By HE-Hinda-Edwin (self media writer) | 21 days ago

Having repeatedly watched Ruto being interviewed on Bonga na Jalas, researched on a few topics they discussed and talked to a few professionals,I now understand what the hustler narrative is all about. When asked whether he misses the crowds,Ruto replied,"No I miss the hustlers,wale kina mama mbonga,wa bodaboda na watu kinyozi pale." All these categories of people have one thing in common,they are small scale business operators who have to work daily to earn a living. That is the angle from which we should define and view the hustler narrative.

A layman will call it Wheelbarrow Economics,but an intellect like me knows it's the Bottom-Ups economics. Currently,Kenya is using the trickle down economics. This is an economic model that majorly supports those at the top( the wealthy individuals). Those few individuals make profit, expand their business and then employ those at the bottom of the financial hierarchy (the poor). Ruto says this encourages a win lose situation since the poor(who are many) are dependent on the few rich people for survival. Therefore, for the poor to gain,the rich have to lose and viceversa.

The hustler narrative aims at correcting such errors through bottom ups economics. Economist MarkOtieno, a graduate from Kenyatta University, explains bottom ups economics as a model where the economy is made of smaller and medium businesses which in turn build one big and productive economy. This goes hand in hand with with Ruto's sentiments that hustler narrative aims at channeling government resources to those at the bottom so that they also be productive and support themselves. For example, instead of having one big company getting 1 billion, there can be several of such companies, like on thousand companies each getting 1 million. This will diversify development, create more employment opportunities, increase profit margin and increase tax paid since the employees will be many. This will in turn increase revenue and contribute massively towards building the economy.

Kenya National Bureau of Statistics estimates that 19.2 of youths between 20-24 are unemployed. This is a high number that should not just be ignored. But since these people fall at the bottom level of the society with trickle down economics they will forever remain jobless and poor. That is where the inverted model of the hustlers comes in. They are given priority, supported financially, provided with basic knowledge and skills to start and run their own businesses. By doing that, these people will find ways of earning a living as well as contributing directly to the economy. It will also make poor and jobless and poor people be a solution to our current economic problems like poverty, unemployment and borrowing, rather than being a burden to the government. 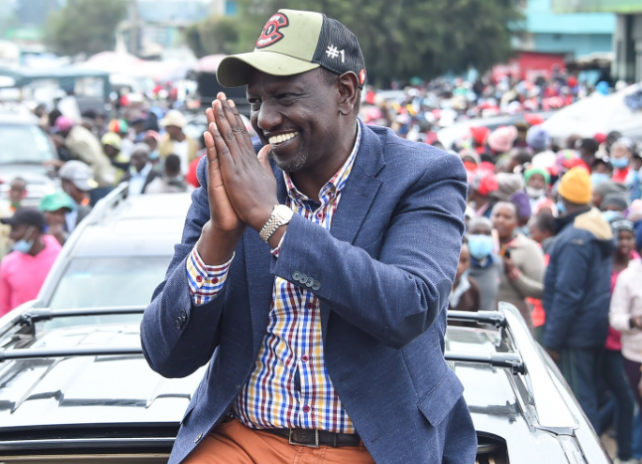 Hustlers Initiative aims at discouraging a win lose situation and encourage a win win situation. In the trickle down economics,the poor are directly dependent on the rich, therefore, for them to earn money, the rich must lose and viceversa. This curtails and slows economic development. This an issue that is well addressed in the hustler narrative or the bottom up economics. By financially supporting and focusing primarily on those at the grass roots,they will be independent and earn from their own businesses. This means that the rich will not have to lose for the rest to gain. Both of them will also independently contribute to economic development by employing others and paying taxes to the government. This is far much better that a situation where let's say a thousand people employed by one person and earn very little amount. 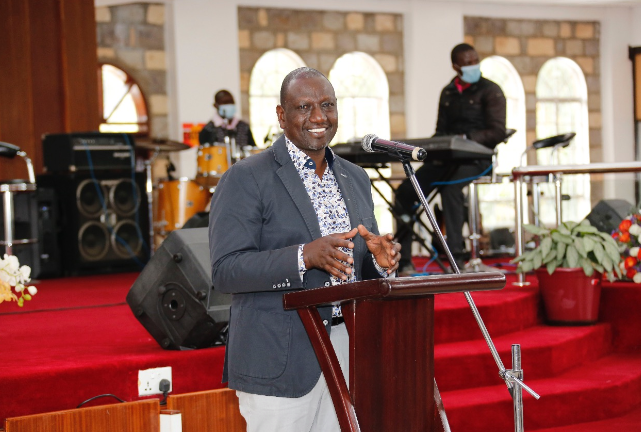 Therefore, people should understand that hustler narrative is aimed at supporting many small businesses, devolving government resources to the poor, eliminating poverty and unemployment. The problem is that almost 38.5% of Kenya adult population are illiterate. Therefore,DP Ruto had to find the easily understood mechanism of explaining his economic model to the people. You don't expect Ruto to explain to them what bottom up economics is because most people will not understand or pay attention since it won't be useful for them. That is why the DP had to use layman's terms Hustler Narrative or the Wheelbarrow Economics. Hustler refers to someone doing any kind of job in order to get paid and earn a living. The wheelbarrow stands for those people in the informal sector, i.e casual labourers,jua kali artisans, bodaboda operators and those running small scale business,who are the majority of the population. It's bottom up economics, meaning you have to start from the lowest level upwards. So probably from the wheelbarrow,if the hustler narrative is implemented and the economy shall have grown, hustlers will own other precious things.

The only things the DP should do is to create platforms for educating the public on what really the Hustler Narrative is aimed at. It can be through social media especially during this lockdown. Let him orgainize his team and come up with strategies of breaking down the content of their narrative into parts that can easily consumed by the people. Kenyans love what they see, therefore,just like the BBI,the hustler narrative team can as well come up with a written document(though not a bill) that can be distributed physically and soft copies be shared online for those with smartphones to access. This will allow people to read and understand the objectives of the hustler narrative. They will then know that hustler narrative is not about dividing people based on financial status,but it's for the benefit of the common mwananchi.