The managing director of Sky Foods Limited is Bernard Njoroge. Working for some of the best brands in the nation for more than 15 years. 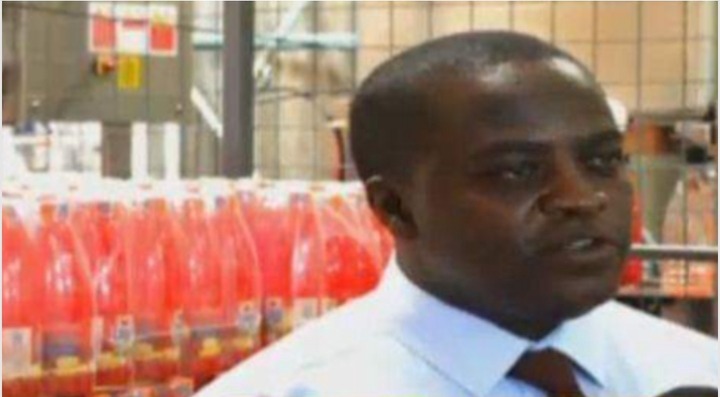 He worked at Del Monte as the director of sales and marketing for Sub-Saharan Africa from September 2008 until October 2014.

In order to reintroduce the Tree Top juice brand to the nation, he left his Sh1 million per month employment at Del Monte.

After purchasing the trademark in 2011, he successfully launched Tree Top on the market in 2015.

He left his position at Del Monte in 2014 to start Sky foods. Realizing that he was creating an empire for other people while holding no company stock gave him the motivation to leave his position.

Customers frequently brought up Tree Top during focus group interviews while working at Del Monte. His boss did not like the concept of him reintroducing it to the market. He made the decision to buy the trademark from Unilever in 2011, but it took him around 4 years to launch the company.

Some people had doubts about Tree Top's commercial success. Because of price limits the government implemented, the juice had been taken off the stores around 1995. At the time, tree top was sold in a 700 cc orange-flavored glass bottle.

Tree Top lost a lot of clients as a result of the launch of Quencher, which was significantly less expensive, had more tastes, and was packaged in a plastic bottle.

Bernard observed that many consumers and business owners still had fond memories of Tree Top. The juice was reintroduced to the market in the nation in various colors, sizes, and tastes after being discontinued for 20 years. Additionally, they added the ready-to-drink option and the dilute to taste options. 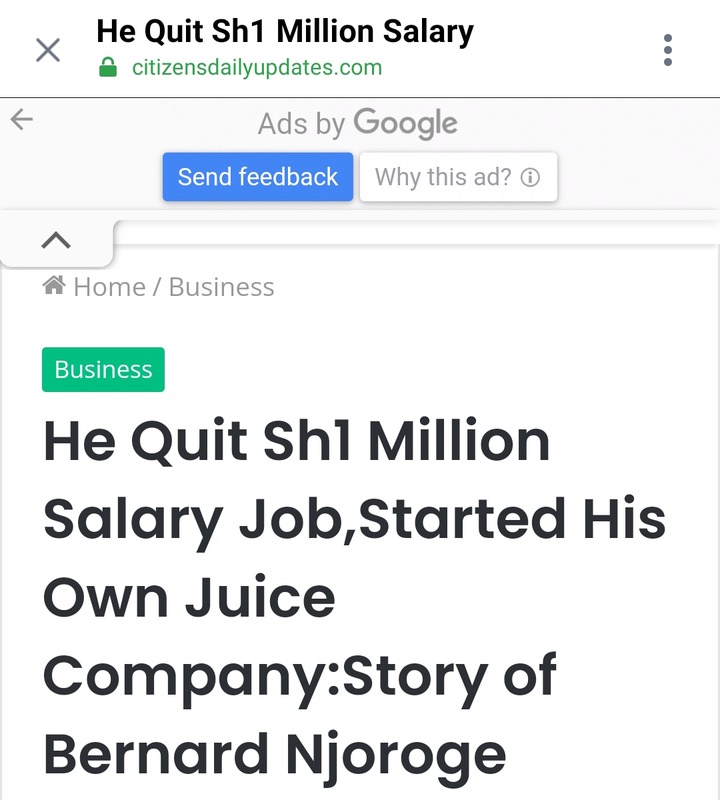 He had established both domestic and foreign ties as a result of his employment with a multinational, which was an advantage. The drawback was that, in contrast to before, he didn't have easy access to a lot of cash.

The University of Nairobi graduate in commerce had founded Garden Limited in 2004 prior to the re-launch of Treetop.

The business packaged pickled gherkins that he purchased from Kerugoya farmers. After a drought reduced production, he shut down the company and resumed selling sun-dried tomatoes until 2006. The father of three was still working at this time.

The businessman claimed that after leaving Del Monte, "the only weapons I had were blind hope, faith, and millions of possible risks."

Bernard Njoroge now faced the impossible problem of finding funding after he had thoroughly examined every part of the firm, including labor costs and factory costs.

In addition to Kshs. 500 million from other partners, he received funding from the Industrial and Commercial Development Cooperation (ICDC).

Content created and supplied by: erickkipkirui.2001 (via Opera News )