Bomet MCAs On The Spot For Conducting House Business In Kalenjin

Bomet county ward representatives have attracted alot of public attention, after a clip of them carrying out house business in Kalenjin dialect went viral.

It is reported that the video was from a meeting of the members of the house committee on Lands, Housing and Urban planning. 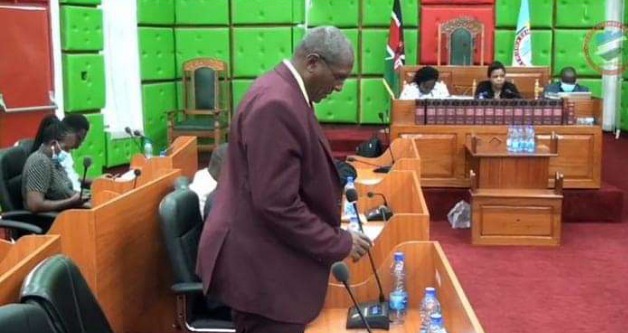 The said committee was having a meeting with elders from Chepchabas in Konoin Bomet county who was displaced from their settlement by white settlers.

A section of the legislators resorted to using local dialect, saying the decision was a weighty matter which did not deserve to be discussed in european language.

The move by the ward representatives has raised alot of mixed reactions among the neticens where a section of them have jumped to their defence, saying Kenyans have the freedom to converse in the language they can comfortably express themselves in.

Others argued that using local dialect in public offices is incorrect since the country recognizes only Kiswahili and English as its official langues.