By TossieRob (self media writer) | 2 months ago 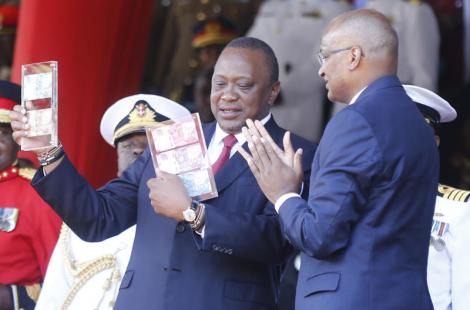 Few days ago, Business mogul Jimmy Wanjigi revealed that SGR was supposed to cost Kenyan shillings 55 billion, but the figure ballooned to over Kenyan shillings300 billion, causing major friction between himself and the government.

And now Central Bank of Kenya (CBK) Governor Patrick Njoroge,has revealed that they were not involved in the process of building Standard Gauge Railway (SGR).

The CBK Governor also made it clear that the SGR has borne a weighty debt and it has become a very big problem for the country. 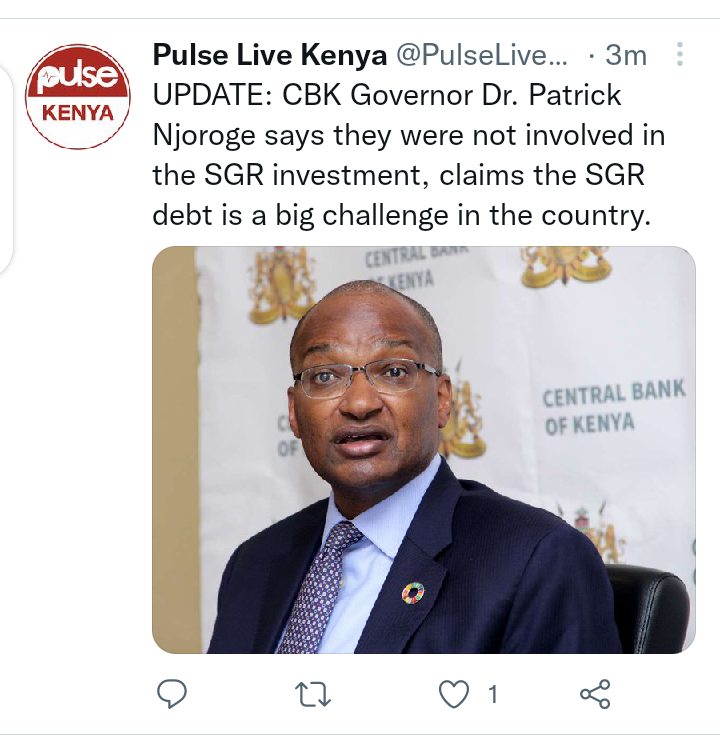 "We were not involved in any plans on how SGR construction was to go by.You see the SGR costs are high.It is becoming a challenge to our country," the Governor said.