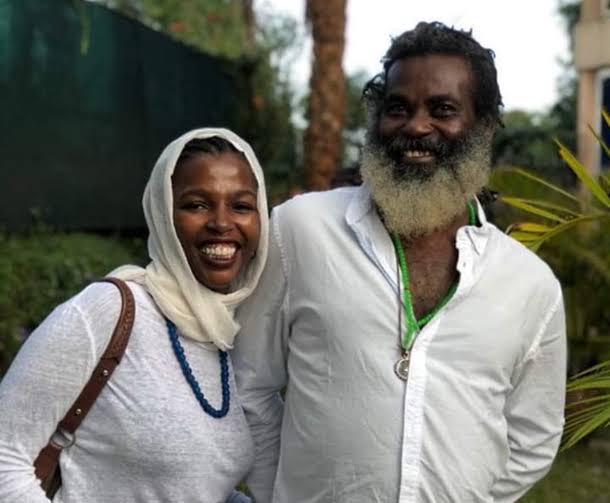 Keroche billionaire Tabitha Karanja has finally disclosed how much her late daughter transferred to her embattled boyfriend Omar Lali.

On Tuesday, Tabitha read out to the court her late daughter’s bank statement in which she transferred over Ksh1 million to Omar Lali within a period of five months.

“He was after my daughter’s hard-earned income and when she realized that she could not give him money anymore, he killed her,” Tabitha told the court. 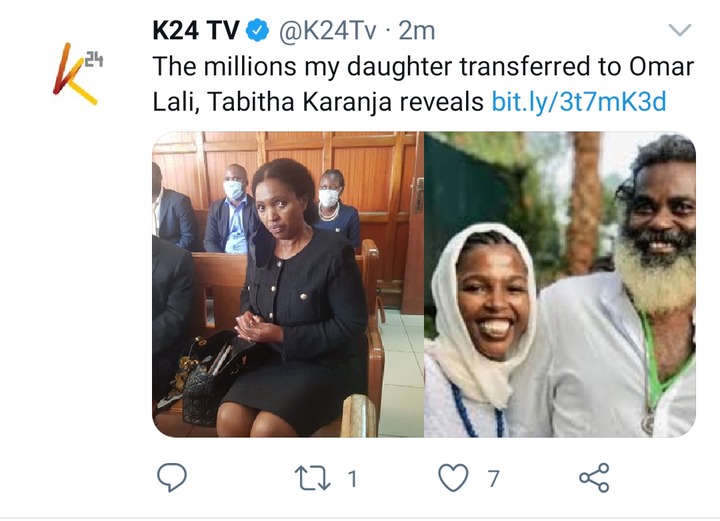 In her testimony to the court, she disclosed that the suspect was only after her daughter's money since her daughter worked hard only for the embattled boyfriend to misuse her.

She has produced bank documents showing that money was flowing from her daughter's account to Omar Lali in a very short period of time a cool Ksh one million having been transferred.

The late Tecra Muigai had already been warned by her mother against the old man he was dating but she has revealed that she had insisted that he was the right man for her since she had chosen him.

Tabitha Karanja told the court that she had tried her level best to break the relationship when she noted that her daughter was only being used by the man and he was not after love.

Diamond Reacts To Latest Post Of His Mum Which She Has Posted Him With Naseeb Junior.

Mbosso Explains The type of Boss Diamond Is And Why He Made Him Delete His Song's Dance Video.

5 Managers Who Returned To The Clubs They Previous Managed