By MishekNg (self meida writer) | 1 months

Muguka is a Khat variety that does well in the semi-arid lowlands of Embu county, where farmers have large tracts of land and have been abandoning other crops for the khat. About 65,000 farmers grow the crop in Embu, making the stimulant one of the highest income earners, apart from tea and coffee, according to the county agriculture and cooperatives docket.

Farmers from Mbeere South, Sub-county, have decried the low market prices occasioned by the heavy rains experienced across the nation. The farmers also said that muguka growing in other Communities had contributed to the situation leading to an artificial glut. The farmers lamented how the prices had dropped from Ksh 1000 to 100 per kilogram.

Wilkister Njeri, a farmer, explained that many farmers brought their produce during the rainy season, causing an increase in supply. " Mbeere south is a dry area where we depend on fetching water from the seasonal rivers. Due to the cost implications, many farmers abandon the plants hence creating demand as the supply goes down," said Njeri. Njeri also observed that the Production cost was an issue with the declining prices. She noted that paid labour on pruning and pesticides cost was a burden due to the low returns. "With Sh100 a kilo, a plucker gets paid sh50, and the balance cannot sustain other personal needs as a mother.

Lewis Wachira said the entry of farmers from Kirinyaga and adjacent Counties' contributed to the decline in the market price. "They have access to water from permanent rivers hence cutting the cost of production. He noted this favoured them in price reduction. "Despite the quality Muguka from Mbeere, you cannot compete with a person offering at a lower price," Wachira added. Wachira called on the Agriculture Ministry dockets at the two levels of Government to consider an increase in funding to water projects in Mbeere to boost muguka production. He also appealed to the authorities to support the farmers by looking for other markets outside the country. 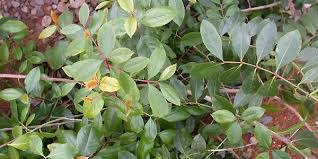 Ann Nyaga, the CAS Agriculture ministry, said a task force was formed, following the classification of Miraa as a scheduled crop. The task force found that the crop experienced diverse challenges. Existence of cartels, perpetuating unfair trade practices, unfavourable relations among law enforcement officials in the counties, price fluctuation and wastage in the rainy season and lack of designated markets and market sheds.

"In consultation with farmers, traders and relevant stakeholders recommended strategies and interventions that would support the development of the Miraa Industry, more specifically including but not limited to: Recovery of lost markets and search for new markets for Miraa produce," Ms Nyaga said

On cushioning the miraa farmers from water scarcity, the CAS noted that earth dams were, constructed. She added her ministry also dug boreholes in the Mbeere region and strived to add more. Globally, Miraa is grown on a commercial basis in Ethiopia, Yemen, Kenya and Eritrea. In Kenya, the crop grows in Meru, Tharaka Nithi, Embu Counties, but farmers from Kirinyaga and other adjacent Counties also grow.

20 Lady Hair Styles That Will Make You Look Attractive And Adorable. Photos

You Deserve An Award, Latest Beautiful Arts Of Minicheps

Arsenal on Verge of Signing Their Main Transfer Target