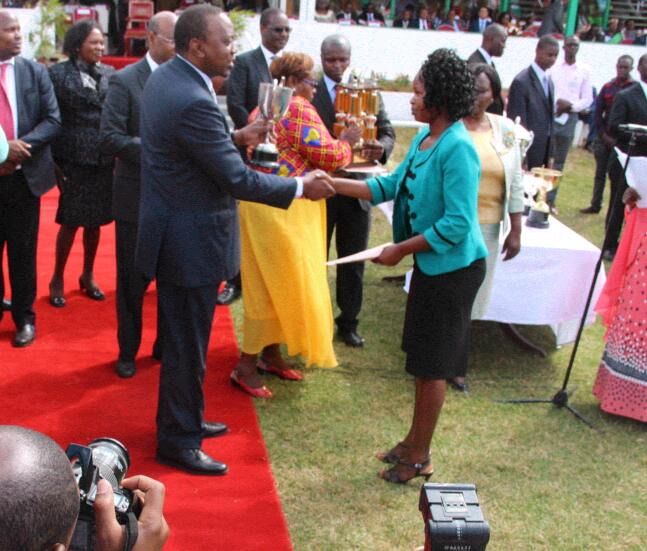 Janet Chebet Onganga, 30, earns over one million shillings per year through dairy, aquaculture, and horticulture food production, an enterprise that has earned her three medals in the last six months.

She was named Kenya's Best Young Farmer for her work in aquaculture and greenhouse farming. In the same year, she was named Best Farmer by the National Cereals and Produce Board and Most Successful Farmer by Equity Bank for excelling in farming with the help of the bank's financing.

Actualization of an Idea

She began dairy farming with about KES140,000 of the money she received from her parents for college costs. She spent around KES60,000 on two Friesian and Jersey heifers, KES10,000 on transportation, and KES90,000 on a cowshed.

"I started with dairying because I required organic manure," Chebet explained. "I had a large idea to use the remaining money to start aquaculture and horticulture farms since manure is helpful for algae in fish ponds and crop development."

"Purchasing manure from other farms would be more expensive than using compost dung from the cows' shed."

Go for Your Passion

She ignored her parents' wishes for her to study as a teacher after graduating from high school and instead opted to be a farmer, a move that has earned her three honours and other accolades in six years.

She graduated from Kiptere Mixed Secondary School with a C- and married Julius Onyancha in December of the same year. Her parents handed her KES300,000 to help her enrol in a teaching course at a college of her choosing, but she utilized the money to start a farm instead.

Her parents were furious when they discovered their daughter had not enrolled in any college. "My parents were angry with me because of the decision I made, and they stopped contacting or sending me texts," Chebet explained.

To deal with the current dry conditions in the nation, she makes silage from Napier grass, maize stalks, and molasses, which she feeds to the cows.

Her milk production efforts drew the attention of agricultural inspectors from the Nyamira County Government, who awarded her a certificate of appreciation after inspecting her work and determining that she had a strong grasp of farming.

"I gained complete clearance from the Nyamira County Ministry of Agriculture when personnel from the ministry visited and looked at what I was doing and asked questions to see whether I had any agricultural experience," Chebet said.

This encouraged her, and she continued to invest roughly KES200,000 of her dairy farm revenue to construct two 300-meter-square fish ponds. She then spent KES10,000 on 2000 tilapia fingerlings, each costing five shillings.

Chebet's other major agribusiness at her farm is a greenhouse, which has gained her a state prize and acclaim in addition to earning her about KES300,000 every year.

"I'm kept the busiest by my four greenhouses, especially while I'm collecting tomatoes." "I put KES450,000 into tomato production and make over KES750,000," she explained.

On part of her land, she also grows butternuts. She gets roughly five fruits from each butternut plant, and each fruit costs KES20, therefore she expects to make KES100,000 from her 1000 plants. This, together with the money she makes from vegetable selling, totals KES181,000.

"To avoid any interference with our family matters, we've set up an office in our compound where we can greet visitors and farmers while also keeping track of our agricultural documents," Chebet explained.

Her parents have learned of her farming success and now admire and encourage her. "They have learned to appreciate my decision and have become staunch supporters of mine."

Chebet attends agronomic workshops organized by the county's ministry of agriculture and World Vision, an organization that works with children, families, and communities throughout the world to help them fulfil their full potential by tackling poverty and injustice.

Her spouse, who works as a procurement officer at the Nyamusi district office in Nyamira County, also helps her financially and with expertise.

Check out these 6 benefits of drinking warm water

Powerful Prayer To Get Relief From Stress And Pressure

What Do Guys Admire In A Girl