By MayanTriza (self meida writer) | 1 months 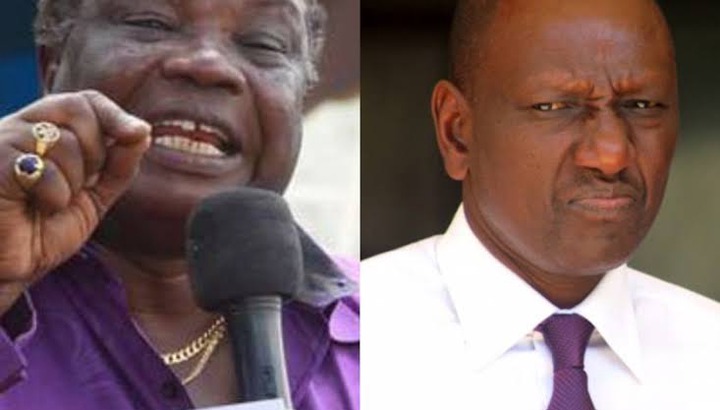 Rigathi Gachagua was yesterday released on cash bail of 12 million Kenyan shillings. This left many Kenyans speechless and we what even caused more questions is that, according to Rigathi Gachagua the money Was contributed within 3 hours. DP William Ruto has always alleged that Tangatanga are ordinary Kenyans who are suffering just like any other person and his camp does not belong to Dynasties.

COTU Secretary General Francis Atwoli warned Kenyans that DP William Ruto camp is made up of thieves, conmen who are coming to loot and leave Kenyans poorer than they found them. Yesterday's move by Hustler Nation was a clear indicator that these people have money and they are painting themselves poor in order to gain the attention of Kenyans ahead of 2022.

Section of Kenyans although felt the cash bail of 12 million was little money compared to what Rigathi Gachagua has stolen from Wanjiku. Some wished it could have been at least 1 billion and not only 12 million. "

According to Gachagua, his friends facilitated his release by contributing the Ksh12 million cash bail in a record three hours." 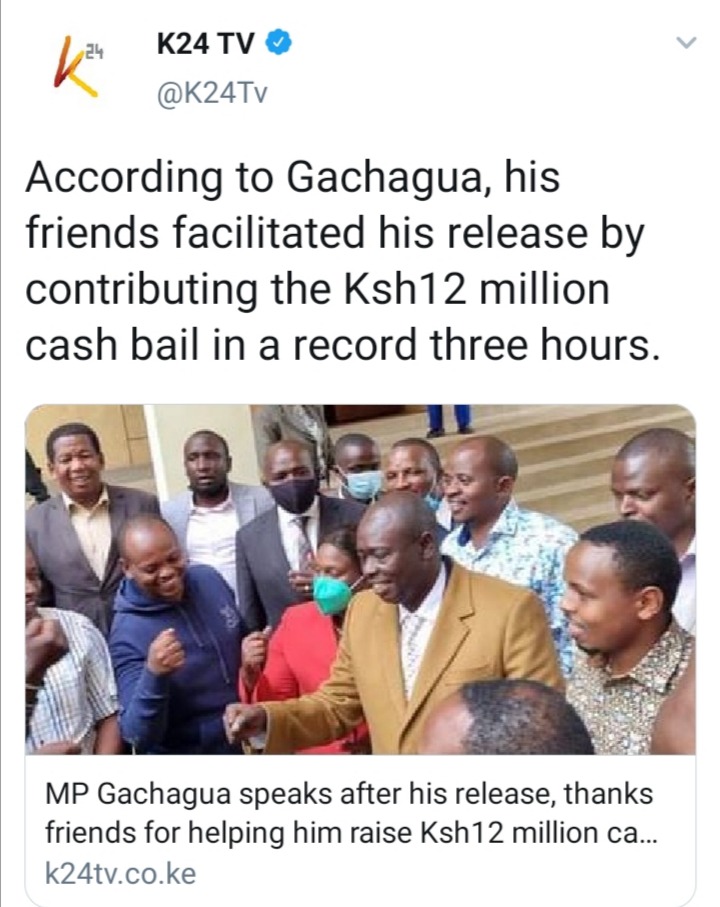 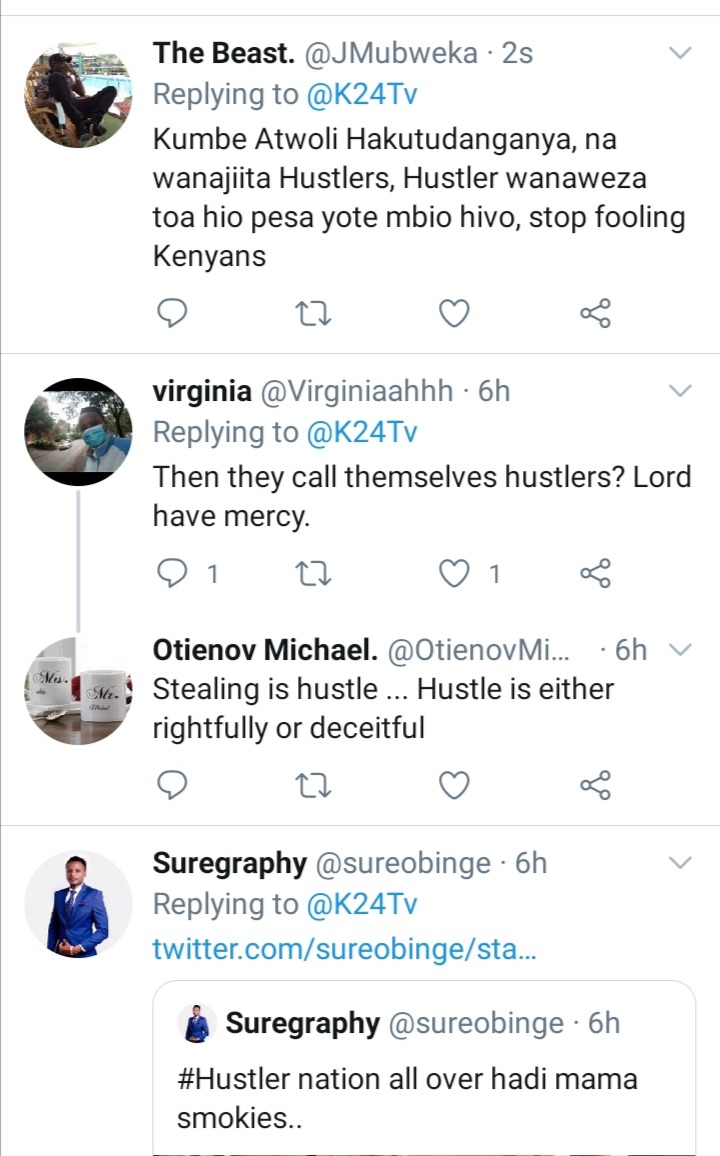