By NewsHouse (self media writer) | 1 month ago 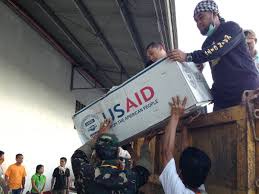 The United States Agency for International Development has allocated Ksh.450 Million towards equipping of Malava Milk Factory in Kakamega County.

Governor Wycliffe Oparanya said today that the factory, which is still under construction, is expected to be completed by the end of this year.

He said dairy farmers' dream of having a milk factory would soon come true.

"I am happy to announce that our plans to immediately operationalize the factory got a big boost after USAID gave the county Ksh. 450 Million for equipment," said Oparanya.

He thanked the development partners for the support and urged farmers to venture into dairy farming to be able to supply adequate milk to the factory.

The governor said the county had partnered with TetraPak Company to provide technical support to the plant.

He also revealed that the county government had finally identified an investor to put up a tea factory in Shinyalu Constituency, which had stalled since 2013.

"Construction of the eagerly awaited tea factory in Shinyalu will commence soon. We have identified an investor who has the capacity to start off," he said.

Oparanya pointed out that the county government had allocated Ksh. 100 Million in towards the project.

He was speaking at Bukura Agricultural Training College in Lurambi during a meeting with members of the Kenya National Farmers' Federation.

Oparanya said his administration was investing in promotion of agricultural activities so as to be able to make the county food sufficient and enable farmers reap maximum returns.

"Kakamega is an agricultural county where people rely on farming to earn a living. My Government is committed to supporting farmers to achieve their goals," he added.

He said since introduction of subsidized farm inputs by the county government, maize production had improved significantly.

He said Ksh. 450 million would be used towards the farm input programme.

The governor declared that every February 22nd would be a Farmers' Day in the county.

Deputy Governor Philip Kutima said Kakamega was one of the few counties that attracted many partners because of good leadership and structures put in place by Oparanya.

"Agriculture is one of the departments that enjoy the support of several partners because of the goodwill created by the governor," he said.

Prof. Kutima challenged farmers in the county to take advantage of the support to up agricultural programmes so as to make more money.

The duo however decried the erratic money in which the National Treasury released funds to counties.