By GyviraBrian (self meida writer) | 22 days 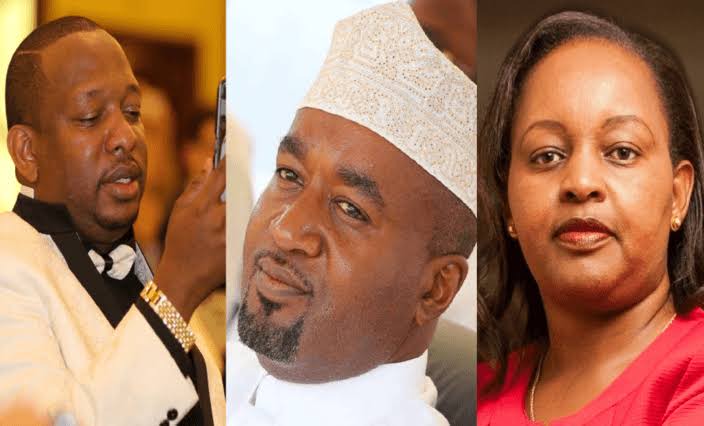 The stories behind top 10 richest governors in Kenya and how they came in position of their wealth is well known to them, it is a fact that most of the governor's became popular due to there wealths even before taking position of their current seats but some became wealthy just after having occupied the seats and are know spinning on most expensive vehicles and at the same time own valuable materials.

Apart from being governors these individual are known for having different sources of income which include, business and their professions. 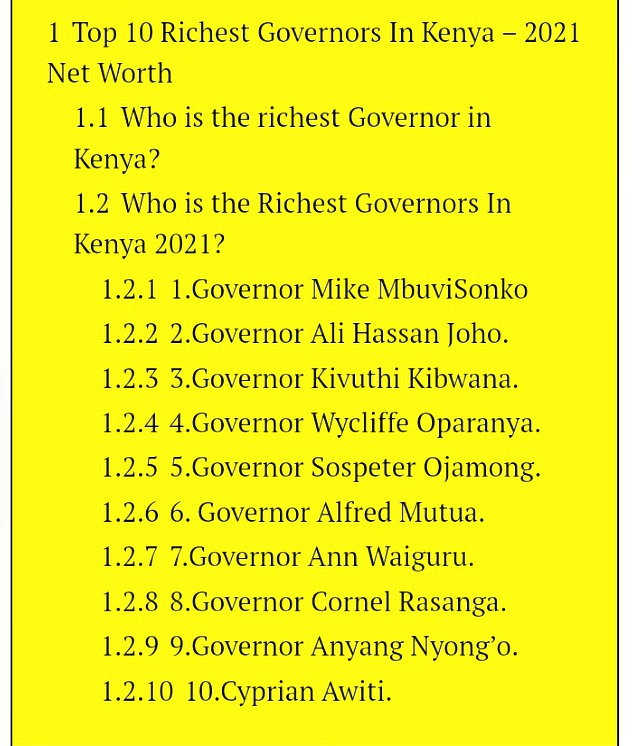 Sonkos net worth is approximated to be Kenyan shillings 10 billion

This amount of wealth positioned Mike at the top of the list as the richest governor, the Nairobi governors did not obtain his wealth while in the seat but instead he joined politics a rich man and this was evidently seen when he offered to use his first few months salary to serve his county.

Amazingly sonko once claimed that he made his first 200000 while in high school.

Joho's worth is approximated at Kenyan shillings 7.3 billion.

Despite being the second richest, Mombasa county boss Joho is known to be among the most performing governors when it comes to development. Apart from being a governor Joho is also known to be a business man involved in areas such as tourism and traveling sectors.

Kibwana's net worth is approximated to be at Kenyan shillings 4.9 billion.

Kakamega county governor wycliffe Oparanya is said to have a net worth estimated at 3.7billion.

Apart from being the county boss, Governor Oparanya is the head of other governors, Oparanya is known to be professional in a number of fields which includes auditing, business international and local financial management.

Busia county governor is said to have a net worth approximated at Kenyan shillings 3.68 billion

Other than being the governor Ojamong has also majored in real estate which he has invested on.

Alfred Mutua has played the role of government spokesperson at one point and at the same time is known to be involved in business.

Waiguru net worth is approximated at Kenyan shillings 2.87 billion

Ann waiguru has had a good experience when it comes to finance, before she was well known in politics Kirinyaga county governor was previously World bank assistant vice president and later became part of national youth service where she was linked with corruption that lead loss of millions.

Siaya county governor, Rasanga net is estimated to be over Kenyan shillings 2 billion.

Caronel Rasanga has perfectly invested in procurement and had initially worked in the Kenyan public service before he decided to join politics.

Kisumu county governor net worth is at Kenyan shillings 1.9 billions

Nyang'o is said to be among the most learned individuals in Kenya, the governor was initially a professor university of Addis Ababa and Mexico, at some point professor also headed programs at Africa Academy of science. In Kenya kisumu governor has not only been a governor but also a lecture at the University of Nairobi.

Apart from his own professions, Kisumu county governor is also the biological father to one of the famous,richest and powerful women in Africa Lupita Nyong'o

Cyprian's net worth is approximated to be Kenyan shillings 1.8 billion

Homabay governor has been known for his comedy and to many people, he is assumed to be an undergraduate espacialy when it comes to speaking Kiswahili, which is not the case. Awiti Cyprian is a graduate of Manchester University who has used his money to invest in the health sector and at the same time he has been the marketing manager at Siemens company.

Currently Cyprian Awiti is ranked at position ten among the richest governors in Kenya.

Murkomen: Ruto Cannot Be Blamed For What Happened To Kenya In The Past 4 Years, Raila Is The Real DP