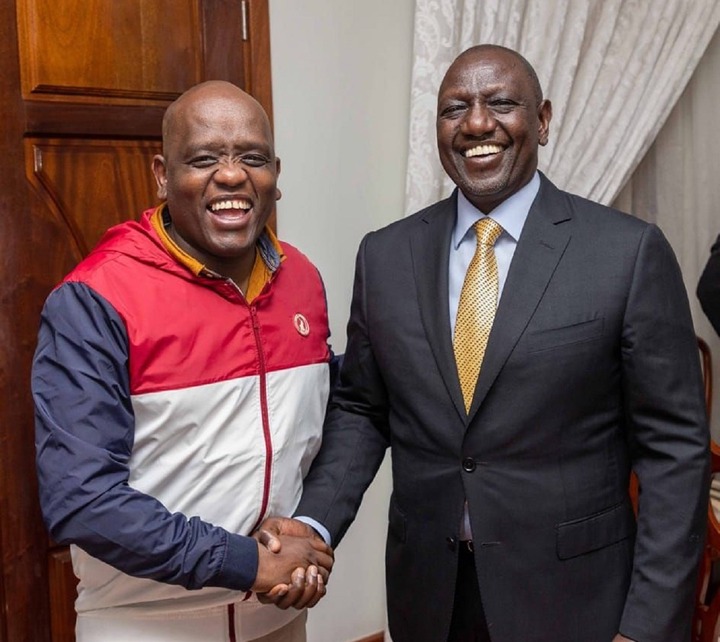 A day after President William Ruto officially launched the Hustler Funds in the country, Hustler Nation Spokesperson Dennis Itumbi has updated the country on the amount already dispersed as of Thursday evening.

Through a statement on his social media posts, Itumbi claimed that a total of Ksh413 million had been dispersed to Kenyans as of 1600hrs on Thursday. This is an increase from the Sh408.5 million that Co-operatives and SMEs Development Cabinet Secretary Simon Chelugui announced on Thursday morning.

Itumbi said another good number of Kenyans have already paid their loan even before the two weeks given collapses. He placed the total amount of the already paid loan at Ksh7.7 million.

The Hustler Nation Intelligence Bureau spokesperson also claimed that a total of 1.6 million people had registered for the Hustler Funds. He lashed out at a section of leaders who are criticizing the loans, saying Kenyans will continue taking them to benefit and uplift themselves. 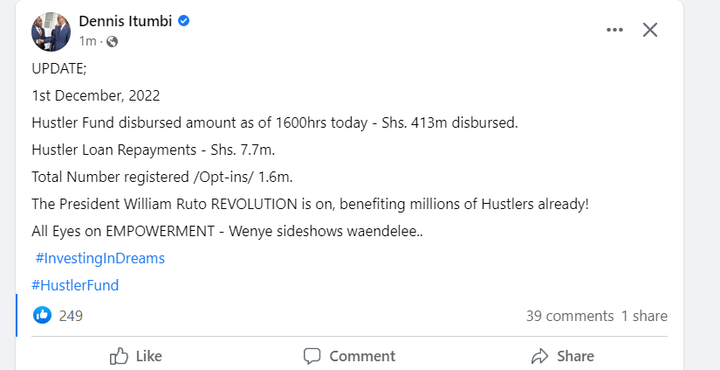 Already, a section of Kenyans have complained about the long period of time it takes for them to be registered and told of their loan limits. Others have also said it took them hours before their loans were approved