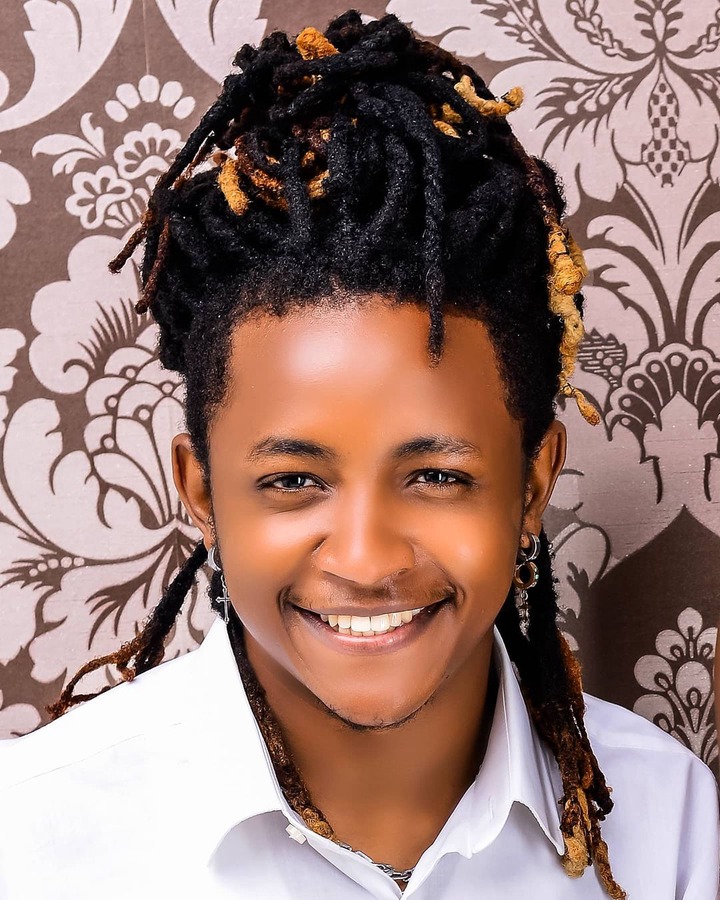 Robert Ndegwa Kamau alias Thee Pluto has taken a new twist in life as he was celebrating his birthday a month later yesterday.He arrived in a new land cruiser vehicle which cost around six million shillings which shocked the entire crowd waiting for him. He has now ventured in another hustle to boost his efforts in making cash as he claimed while being interviewed.Accompanied by a former woman representative of Nairobi aspirant,he brought the whole ceremony to a stand still in a new posh fashion.

He was gladly welcomed by relatives and close friends to the event as this was his day though it was a month later. He revealed that he conducted his birthday a month later since he wanted to prioritize his daughter function first. He was keen to note that the event was not successful since he was denied access to the child by his mother in law. He however noted that he was going to use legal framework to ensure that he will be a present father to the life of his daughter. He fathered the child at the age of twenty years while still in campus and due to financial constraints,he first saw his daughter when she was six months old.

He was celebrating his birthday party which was one month late as he had earlier noted that his emotional state was not well. The will power and support from his close friends and family members has given him a reason to keep moving.

While being interviewed by online reporters, he noted that he had purchased a new fleet of vehicles to assist him run the real estate company. He informed the netizens that the company was yet to surface but he was almost through with the registration process.

He received various gifts and heart warming messages as people wished him all the best in the next phase of life as he begins a new year. He hopes to succeed in real estate investment as it is the main activity that he wants to focus on.

Diabetes High Cost Of Treatment Is Unbearable. How to Prevent?

12 Wise Proverbs From The Kalenjin Community

5 benefits of sleeping naked with your partner