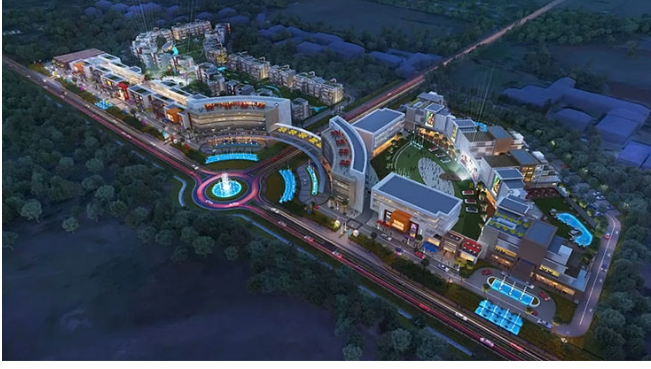 The Kenyatta family is working on a large-scale real estate project that will culminate in an 11,000-acre mixed-use estate with homes for around 250,000 people spread over commercial, industrial, and residential spaces.

The construction, known as Northlands City, is expected to cost Sh500 billion and would be located on an 11,576-parcel of land in Ruiru, which is 15 kilometers from the Nairobi city center.

The Kenyatta Family owns the area, which is crossed by the Eastern Bypass. The family’s Gicheha Farm and Brookside, a dairy processor, are currently located there.

The high density residential housing area has been designed to have 3,100 townhouses and a total of 6,980 units on blocks of flats.

The master plan also reveals that a business district of 390 acres has been designated, with 33 acres designated for a mall or hotel.

An industrial park will be built on around 695 acres. The remaining land will be used by Brookside Dairies, with 650 acres set aside for a logistics park.

An earlier progress report stated that once the developer contributed funding for infrastructural development, the land set aside for industries was up for sale at Sh40 million per acre.

The plots will be connected to roads, water, sewage, power, and the Internet, according to Impact, a subsidiary of warehouse builder Improvon (SA), and growth markets investor Actis. Construction work started in October 2018.

A perimeter wall has already been built to secure the entire parcel.

A thorough plan of Northland City reveals that 1,697 acres, including about 266 acres designated for aquatic features, have been set aside for an open recreational space.

Gicheha Farm is the primary occupant of the largest portion of the property, 5,156 acres, which has been designated for agricultural and wildlife protection.

Over the course of 50 years, four phases of the Northlands City master plan will be carried out.

The Number Of Votes DP Ruto And Raila Has As Per 20:45 PM Provisional Presidential Results Released

Epl: Top Scores, Assist and Club with Most Goals so Far