By HabarIbuka (self media writer) | 3 months ago 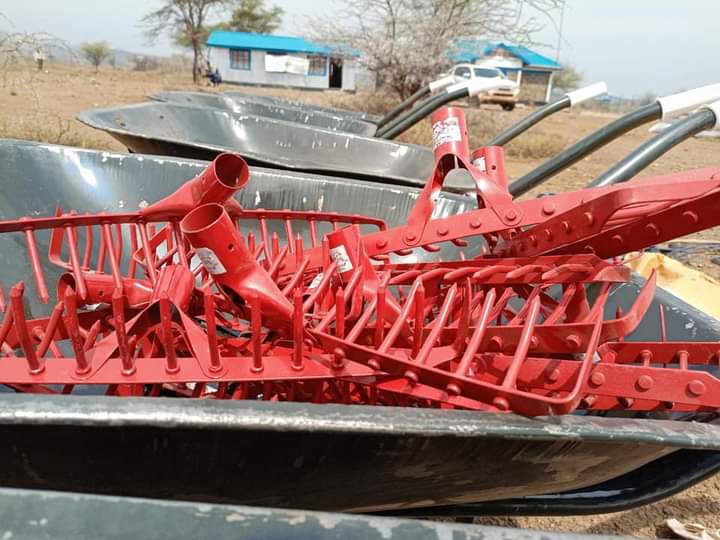 Thirty-two (32) groups from Lokiriama Lorengkippi areas in Turkana have benefitted from business assets grants as part of a Rapid Response Initiative against COVID-19 and climate shocks funded by UNDP’s African Borderland Centre and implemented by National Drought Management Authority (NDMA).

The groups which were identified and vetted late last year by a joint team of officers drawn from UNDP, NDMA, and the County Directorates of Trade, Gender and Youth affairs, were drawn from Urum, Lorengkippi, Loya, and Lokiriama and nearby areas.

Lomeyan added the distribution process had been preceded by peace dialogues and business skills training that also involved the Ministry of Interior through the participation of chiefs.

On his part, the areas' Deputy County Commissioner Timothy Tirop whose team supervised the distribution exercise called on the beneficiaries to sharpen their business acumen with the start-up grants received and build capital for future growth.

DCC Tirop noted that the grant will also fast track peace process in the area since some of the beneficiaries were reformed warriors who would otherwise slide back to the heinous acts of cattle rustling in the absence of the grants.

While appreciating the program's efforts, DCC Tirop asked both the County Government and NDMA to closely monitor the beneficiaries and provide additional support in terms of training.

Maamum Abubakar added that the grant also included the reconstruction of a new model Urum Primary school whose infrastructure had been damaged by raging winds about two years ago.

What Can We Learn From The Life Of Judas Iscariot