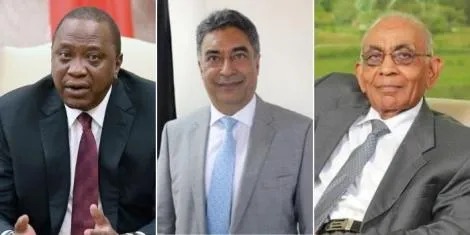 How one amasses wealth sometimes and commonly is through investing and hard work. But at times it raises eyebrows when you realize that just a group of few people are super rich than millions of Kenyans. A report released just recently revealed that more than 53% of Kenyans are languishing in abject poverty. How the government is going to improve the economy with a few individuals controlling billions remains to be a puzzle.

Kenyans have been left puzzled after the latest revelation of a list of five richest people who control more wealth than millions of Kenyans. According to Kenyans.co.ke, Sameer Naushad Merali, who is the son of the late billionaire Naushad Merali, is the richest individual in the country sitting on a fortune of Ksh89.6 billion (USD790 million). Merali is followed by Bhimji Depar Shah, who founded Bidco Group of Companies, and controls a fortune of Ksh85 billion (USD750 million

Other rich people in the top five category in the country are textile manufacturer Jaswinder Singh Bedi with wealth of Ksh77.1 billion (USD680 million), President Uhuru Kenyatta (and in extension the Kenyatta family) whose wealth stands at Ksh60 billion (USD530 million) and Mahendra Rambhai Patel with Ksh48.7 billion (USD430 million).

"A new report has listed the five richest people in the country. According to the report, the five - individuals and families - control more wealth than millions of Kenyans from across the country." Tweeted by Kenyans.co.ke 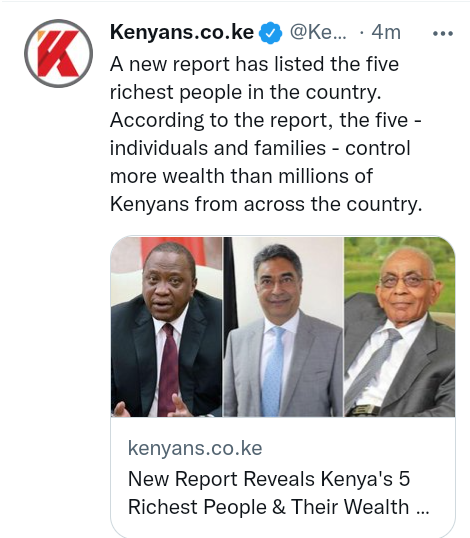 You Will Never See them Advertise, Yet they Get Billions From Their Products