Motoring and How it Drives our Lives

We all know that motoring is one of the most important industries in the world. It's not just because it's a fast-growing industry, but also because it has a significant impact on our economy.

The motoring industry has been around for more than 100 years now. There are lots of new cars being introduced every year to meet the needs of customers. These new models are really innovative and have many new features. Some are even too futuristic to imagine!

It is indisputable that automobiles have had an enormous effect on society as a whole, and yet they still face some challenges when it comes to getting us from A to B. Increased congestion costs cities millions each year, with pollution levels increasing as well due to diesel vehicles in particular, fuel prices keep fluctuating.

The origin of motoring is a complicated question. The first automobiles, or motor cars, were invented in the late 1800s and early 1900s. At this time, some people thought that these new inventions would be a replacement for horses for use on farms and also to provide personal transport in towns and cities. This talk about the possible future of motoring was often accompanied by drawings of horse-drawn carts with an engine at their front.

However, it soon became clear that such vehicles didn't work well on the roads of the time because they were too heavy and had no shock absorbers so they became stuck or damaged quite quickly.

The word motoring was first used in 1869 to signify the act of propelling oneself by motor power.

Motorised transport is the design, development, manufacture, use and control of vehicles powered by motors or driven by electric power. The fundamental characteristics of these vehicles are they will carry their own fuel and they do not need to be near a specific energy source to keep going.

This is a broad topic so it’s difficult for me to cover all the information in a short introduction. So I will focus on one main point about motoring which is how it came about.

The first significant example of what we would recognise today as a true automobile - that is an engine-powered, self-propelled vehicle - was developed in 1885 by Karl Benz in Germany. Benz originally called his invention the Motorwagen and these were propelled by means of compressed gas stored in cylinders under pressure . 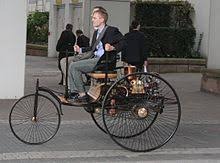 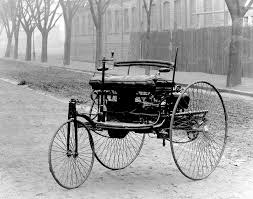 Content created and supplied by: Karen (via Opera News )

How To Get That Flawless Skin Using Natural Remedies