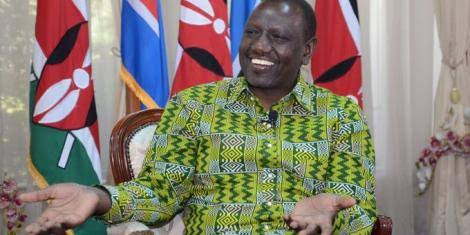 The biggest debate in the Kenya's political scene is arguably the economic model presented by deputy president William Ruto that is famously known as the bottom up model. According to Ruto and his allies, the model is aimed at looking at the poor people and raising them financially through creation of jobs.

Political analyst Mutahi Ngunyi on weighing into the matter has however rubbished Ruto's claims that should he form the next government, his chief aim will be the poor people. According to Ngunyi, the model has been applied unsuccessfully in three Countries.

Speaking on his channel the 5th Estate, Ngunyi said the first country where the model was first put into place was when the Bolsheviks overthrew the Soviet Union government in 1915 and applied the model which failed miserably. It took the boldness of the late 1980's USSR leader Mikhail Gorbachev to revive the economy through his perestroika policies.

Secondly according to Mutahi Ngunyi, China under Mao Zedong applied the model after overthrowing the government in the 1960's but failed terribly. Deng Xiaoping took charge later and introduced major reforms in the economy.

The third country was the Republic of Tanzania where the founding father Julius Nyerere applied the ujamaa policies that threw the country into abject poverty. After the 1967 Arusha Declaration, Nyerere likened the bottom up model to ujamaa but did not succeed in bringing fundamental economic growth. 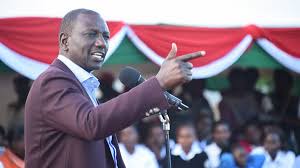 Ngunyi has finally dismissed Ruto's model saying he is riding on the ignorance of Kenyans.

What It Means When A Lady Wears Waist Bead