"The problem we have is that the amount of money we have been collecting is just sufficient to pay debt and salaries. There is no money for development, we have to borrow" Deputy President Rigathi Gachagua. 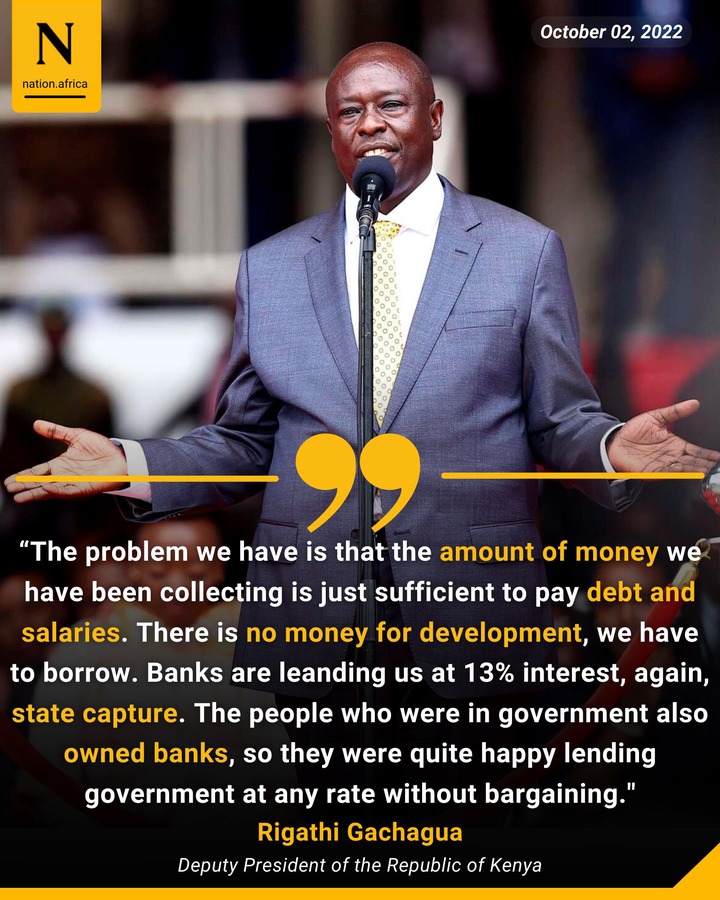 Yesterday Deputy President Rigathi Gachagua shares some insights into the government and it's plan to revive the ailing economy. The DP while speaking from his Nyeri home to Citizen TV retaliated that the government is literally broke and that the previous administration left it in a state that will take time to revive. 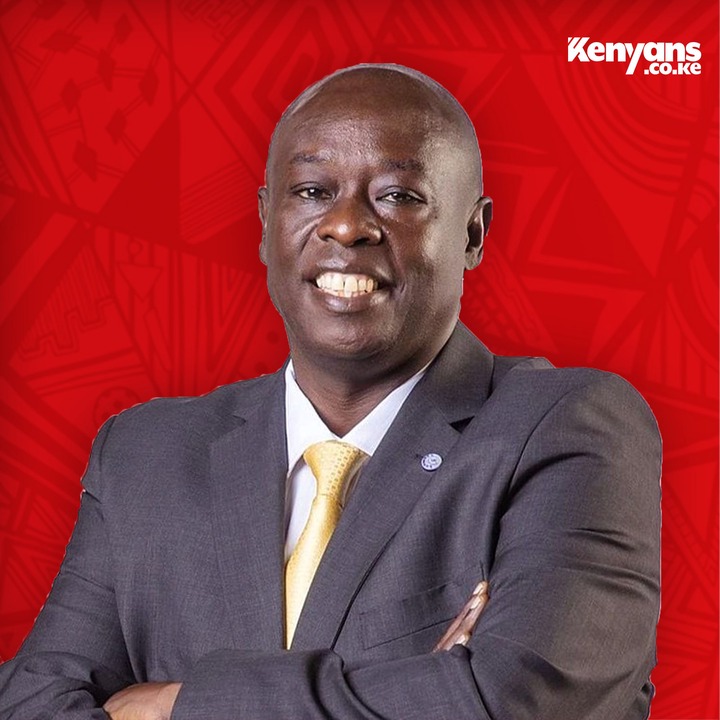 While acknowledging the dire economic situation in Kenya, Gachagua said that most of the money that the government has been raising has been used to pay the debts that the government had borrowed with the rest being used to pay for recurrent expenditures such as salaries for civil servants. He went ahead to say that literally nothing remains for development and this was the reason as to why the country is not moving forward. 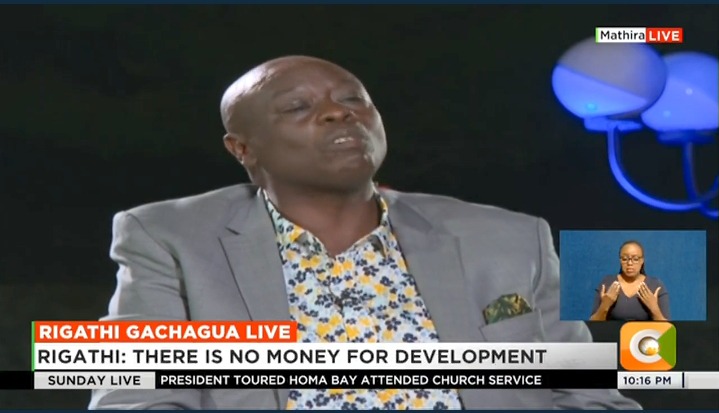 "The problem we have is that the amount of money we have been collecting is just sufficient to pay debt and salaries. There is no money for development, we have to borrow." Deputy President Rigathi Gachagua.

Gachagua also said that the country's financial situation is so dire and that on Saturday the country did not have enough foreign exchange reserves to import oil. 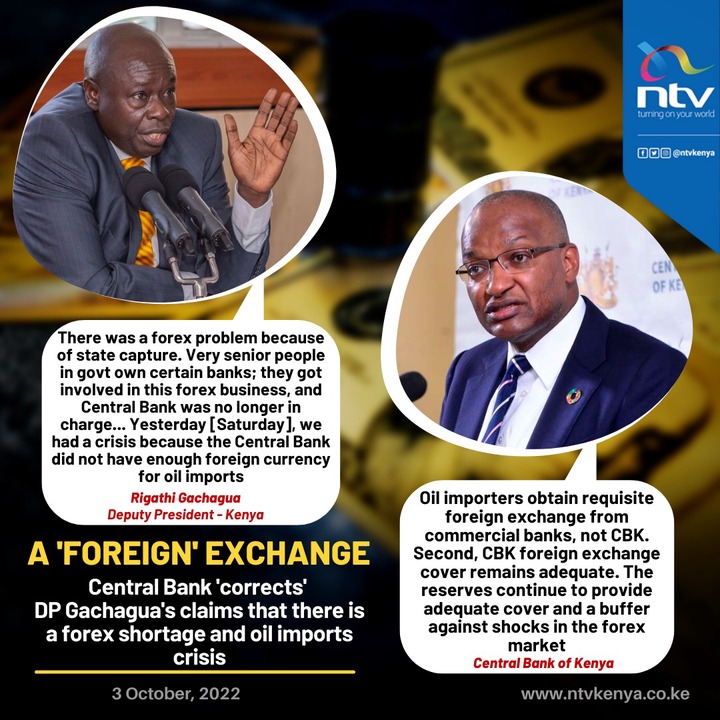 Following his sentiments, Kenyans have ganged against him with some saying that they are now the government and they should look for a way out of the situation instead of keeping on complaining now and then. 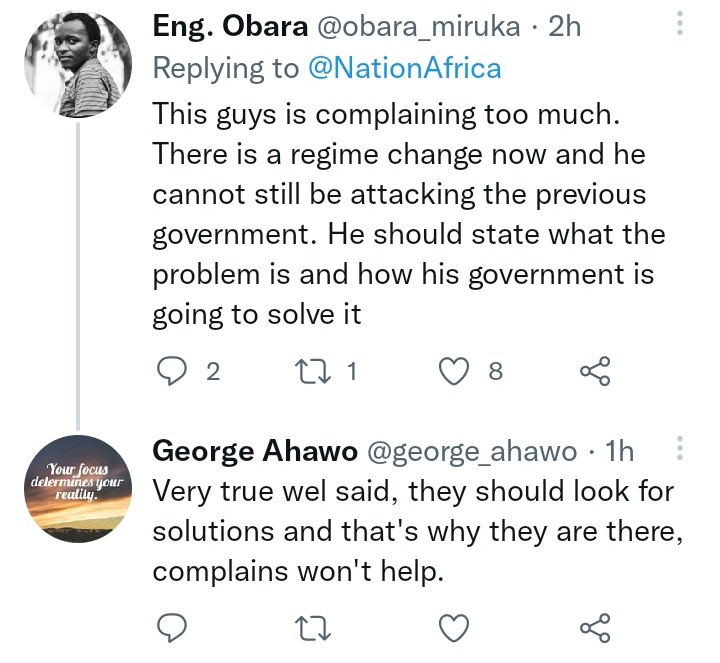 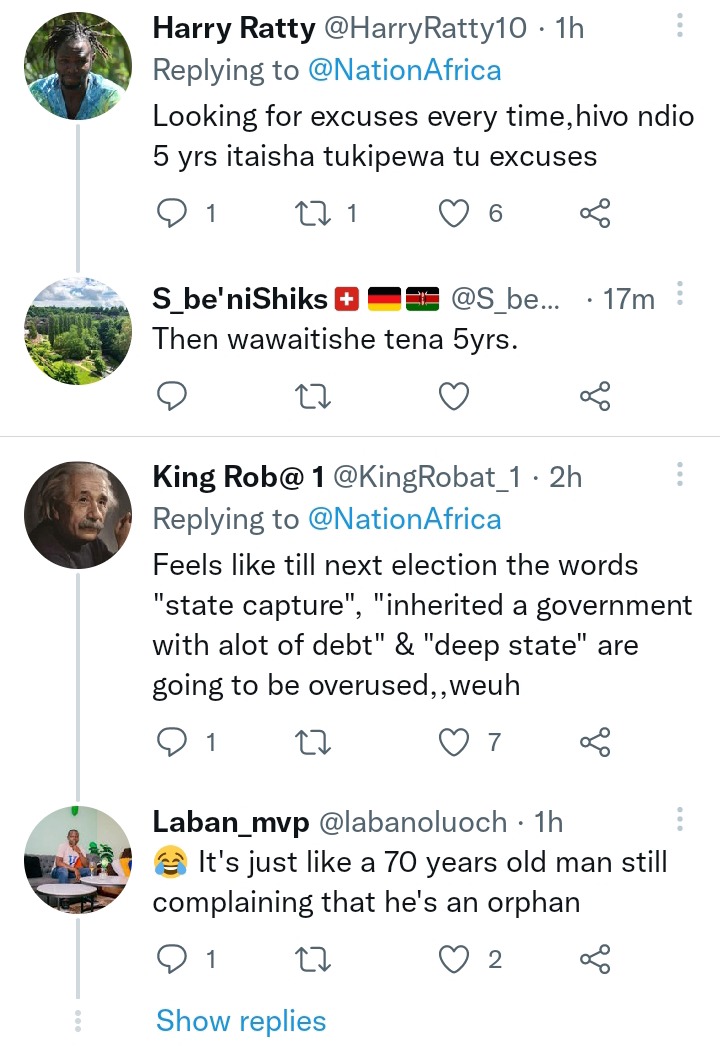 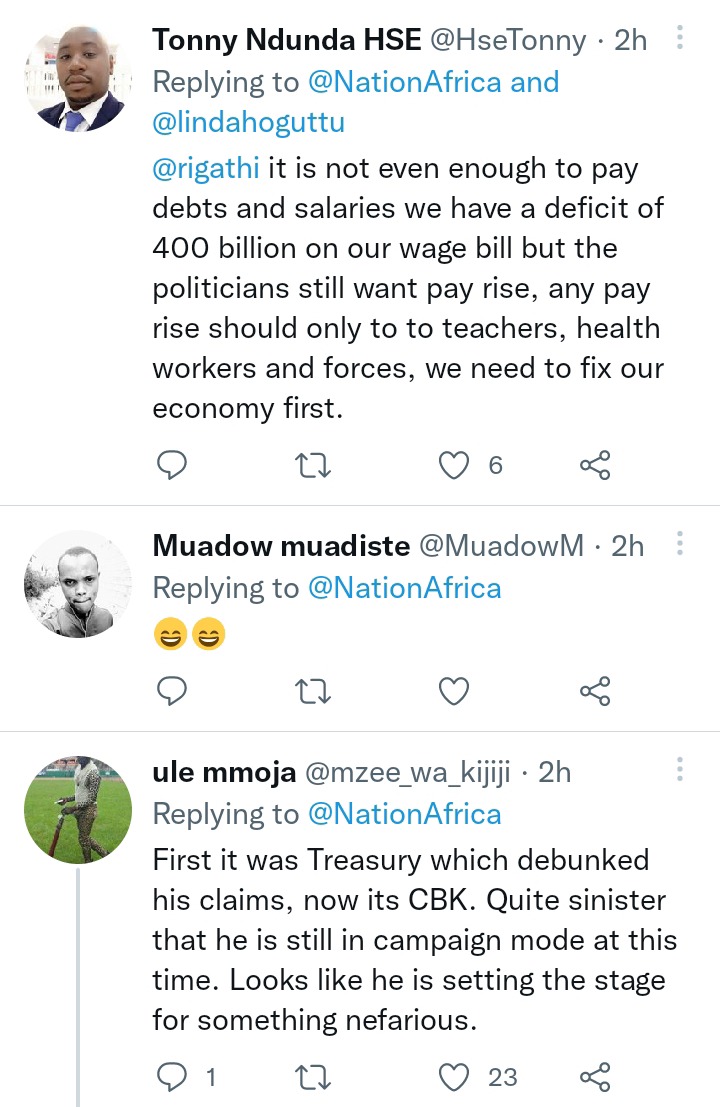 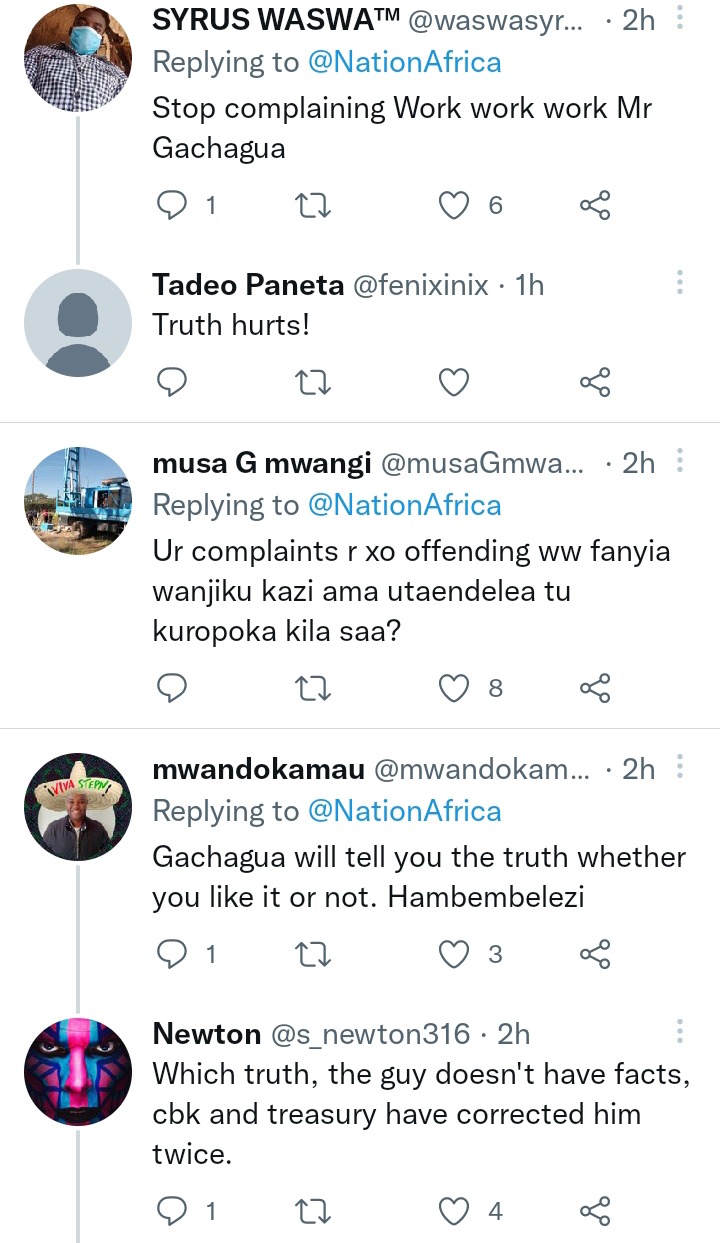