If Kenya's Deputy President William Samoei Ruto wins the much hyped 2022 presidential race, focus will shift to whether he will deliver on the many promises he has made to Kenyans going into the next year's general election. 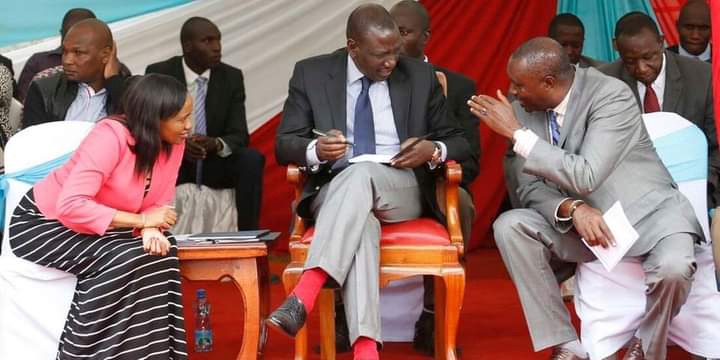 The DP is banking on relationships he has build over the years with opinions shapers and leaders from various regions accross the country He has been ignoring regional kingpins who he normally refer as tribal lords and kings.

Right it’s clear the economy will be the main issue in the 2022 campaigns. He is also banking on his bottom-up and middle-out economic model to shift the country’s political conversation. 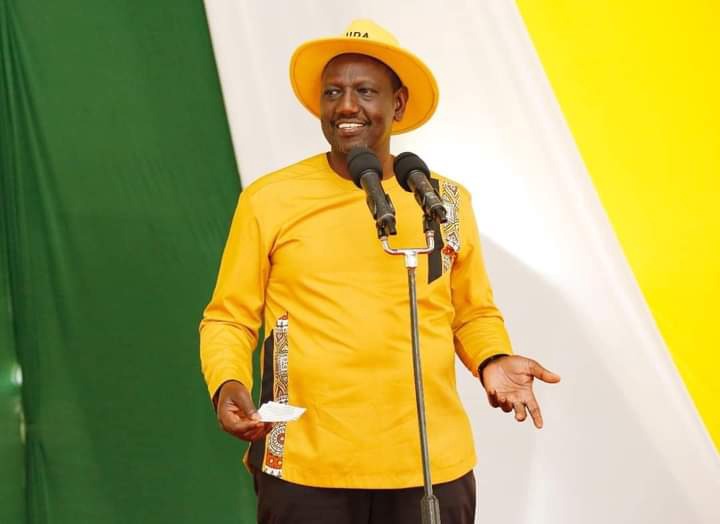 His 2022 presidential campaign is being driven by a two-tiered team of the political elite and top technocrats as his think tank. The second in command has been lately meeting his technical team of technocrats at his Karen residence as they seek to remodel his bottom-up economic strategy.

Njuguna Ndung'u is a Kenyan economist, university professor, and economic researcher who has worked as Governor of the CBK for eight years (2007-2015). 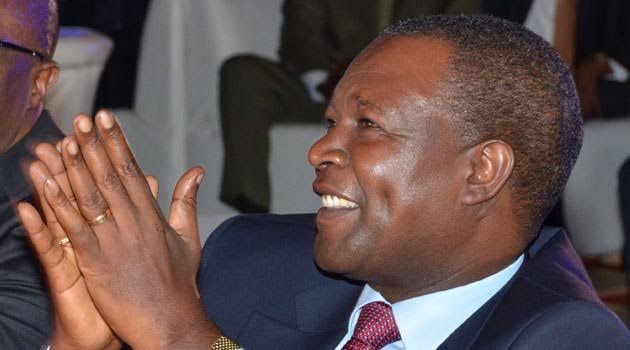 He is currently working with Deputy President in developing the new economic model. He also worked as the director of training at the African Economic Research Consortium. 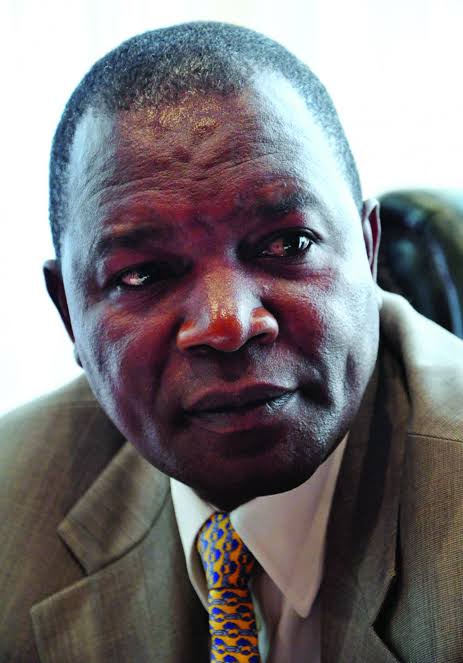 Ndung'u has had extensive research and teaching work in various fields of economics, including macroeconomics, microeconomics, econometrics, and poverty reduction.

Economist and Political Strategist Ndii worked for the opposition chief in the last election. He has been described as one of Africa’s best known economists and an outspoken anti-corruption crusader. He is currently working closely with Ruto on the best economic recovery model for Kenya post 2022 General elections. 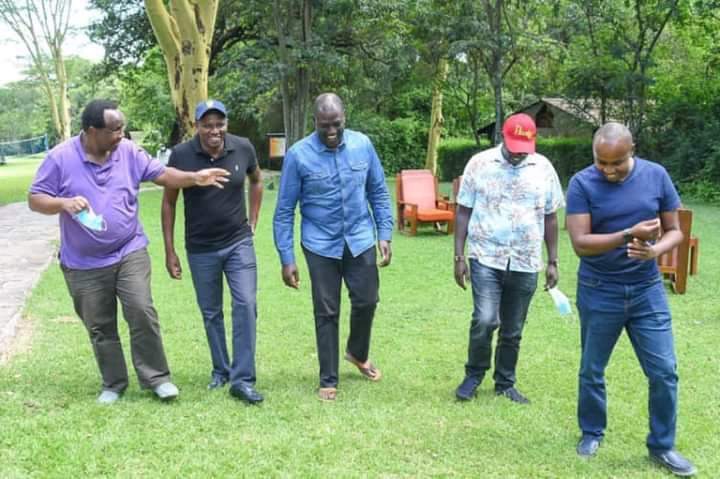 He advised the NARC administration on the Economic Recovery Strategy (ERS) credited with the post 2003 recovery of the Kenyan economy.

In 2017, Ndii was appointed by the Opposition coalition to lead the proposed Peoples Assembly that spearheaded Raila Odinga’s swearing-in ceremony at Uhuru Park. 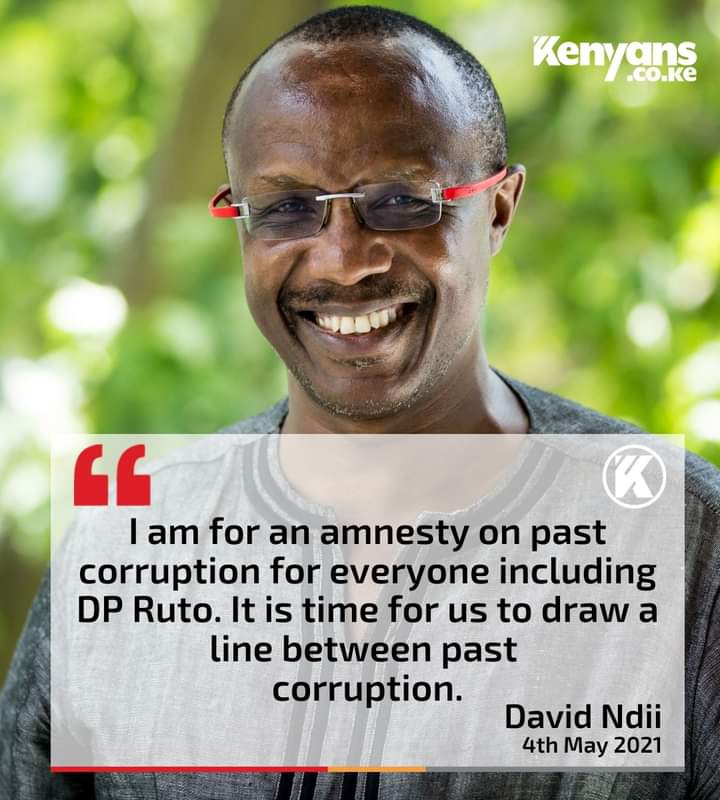 He holds a PHD from Oxford University. He also holds a masters and bachelor's degrees from the University of Nairobi. 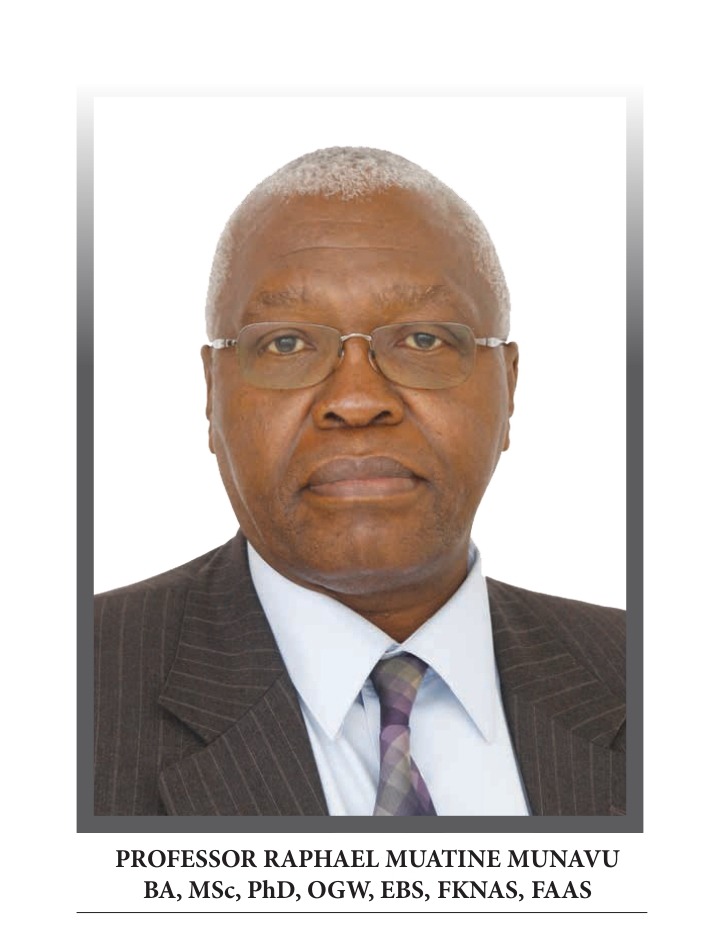 Professor Munavu is one of the prominent Scholars from Ukambani who has worked in various universities across the continent including the University of Malawi where he was an examiner in Chemistry, the University of Zimbabwe, and the University of Dar-Es-Salaam. He also served as a Commissioner of the Commission on Revenue Allocation (CRA), an independent Commission set up under Article 215 of the Constitution of Kenya from 2010 to 2016. 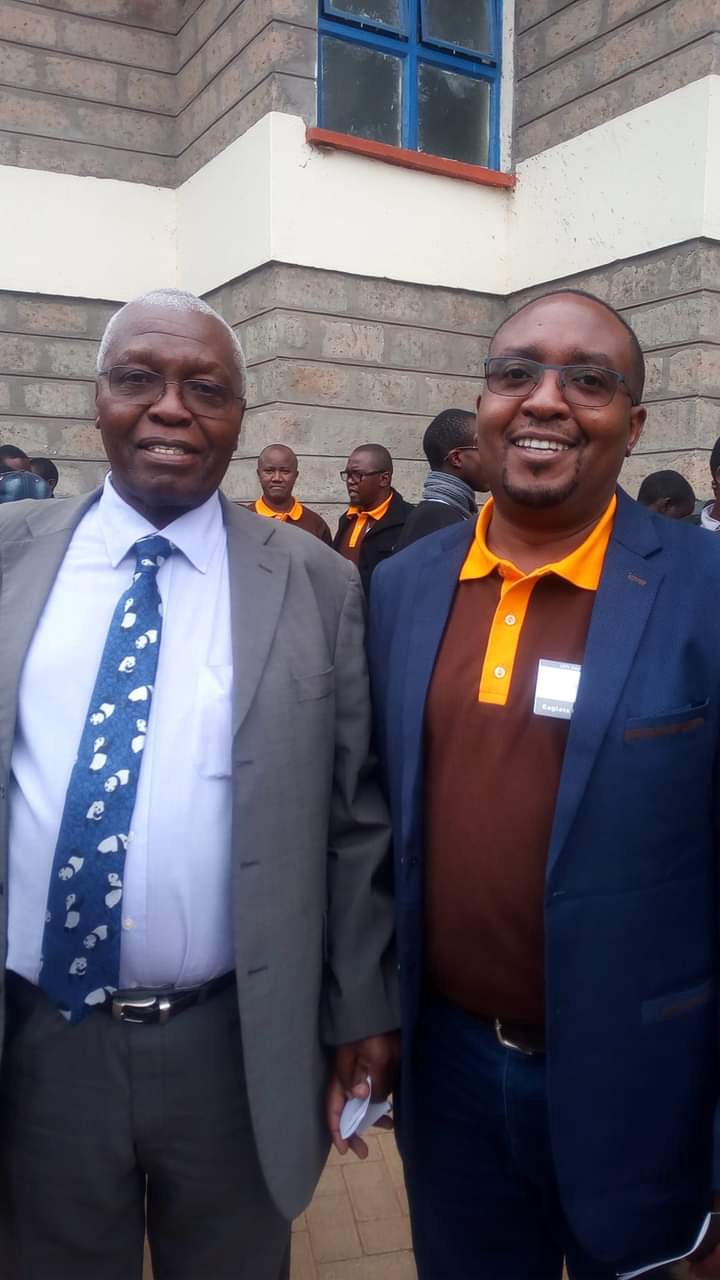 Prof. Munavu was Vice-Chancellor of Moi University from July 14th ,1998 to September 19th, 2002. He has held several Senior Administrative positions in universities in Kenya during the last fifteen (15) years. He is the first Chancellor of Laikipia University. 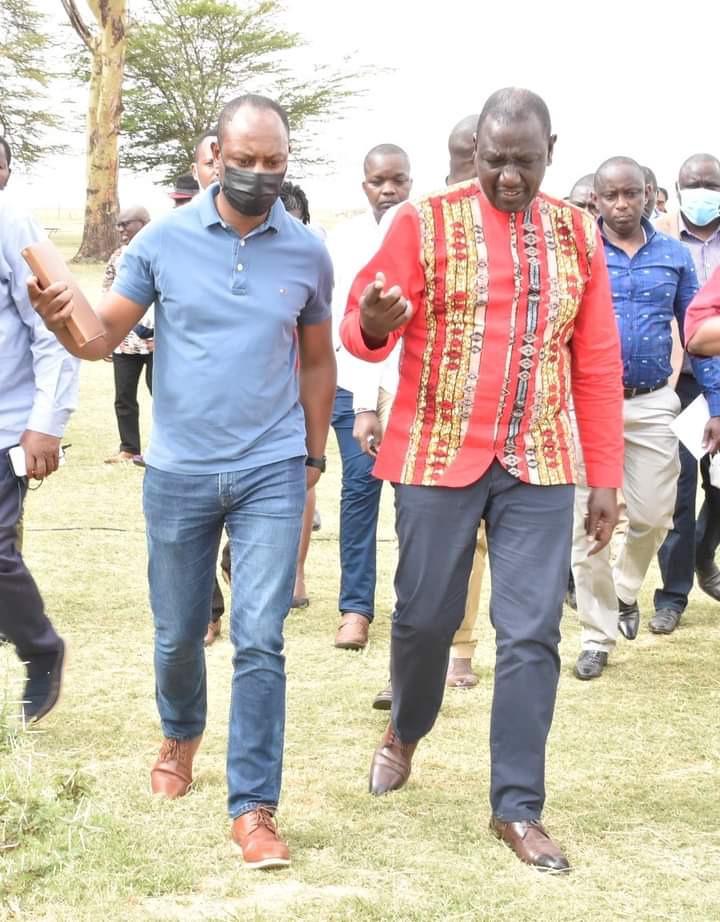 He has published over sixty refereed and commissioned papers, he has written extensively on the role of Higher Education, Chemistry, Science, Technology and Innovation in socio-economic development

Davis ChirChir is the head of The technical advisory team to Deputy President William Ruto. They are expected to come up with a manifesto and other technical aspects of the campaign, including the ICT infrastructure a critical aspect in the country's increasingly electronic election. 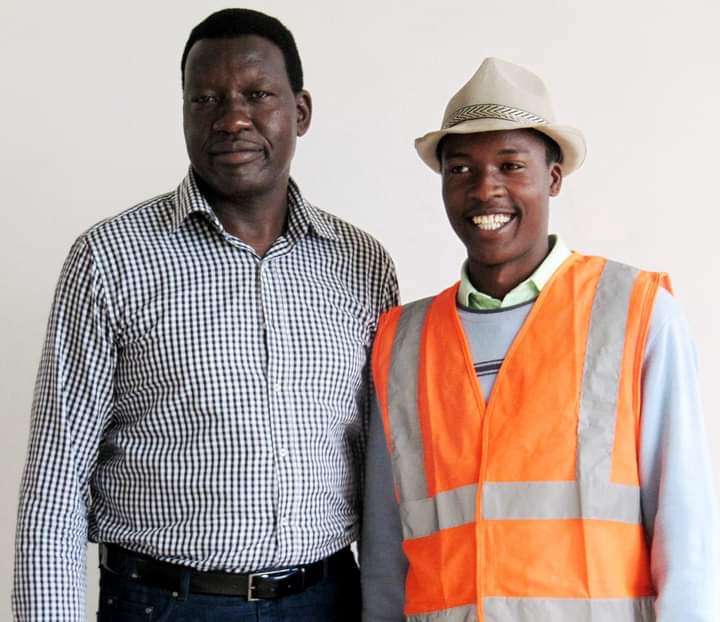 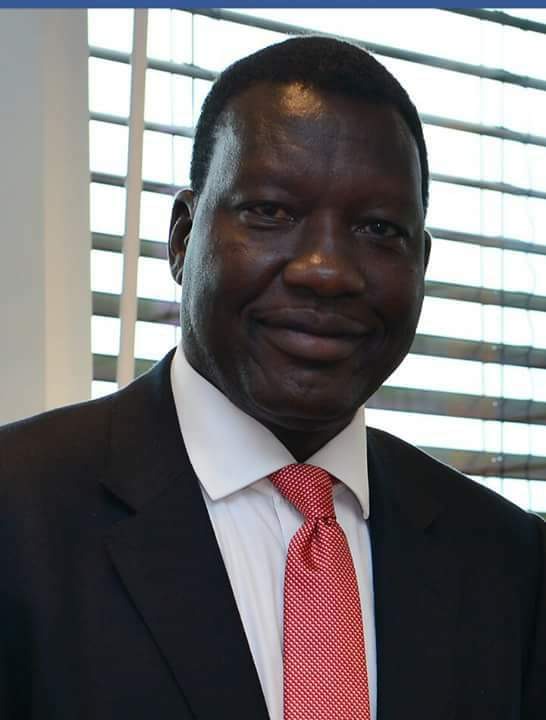 He wss suspended together with cabinet secretaries Felix Kosgey (Agriculture), Michael Kamau (Transport) and Kazungu Kambi (Labour). He was later cleared by Ethics Anti-Corruption Commission in one case of graft allegations against him. 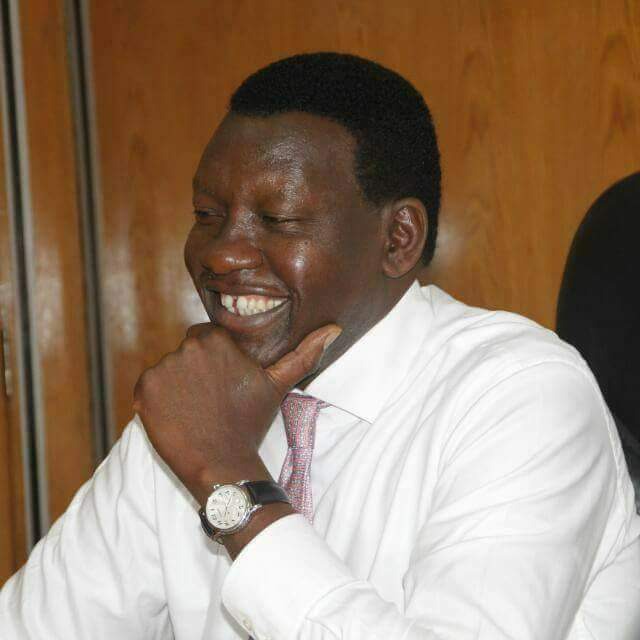 He also served as the Jubilee presidential chief agent in the 2017 election.