The Weakening Kenyan Shilling Hits A New Low Of 122.64 Against The Dollar 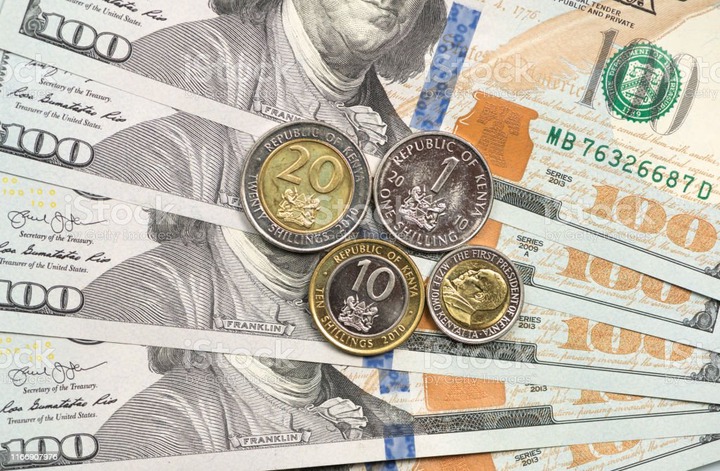 On a Monday morning, the Kenyan shilling hit a new low versus the dollar, continuing a trend that started in May 2020. 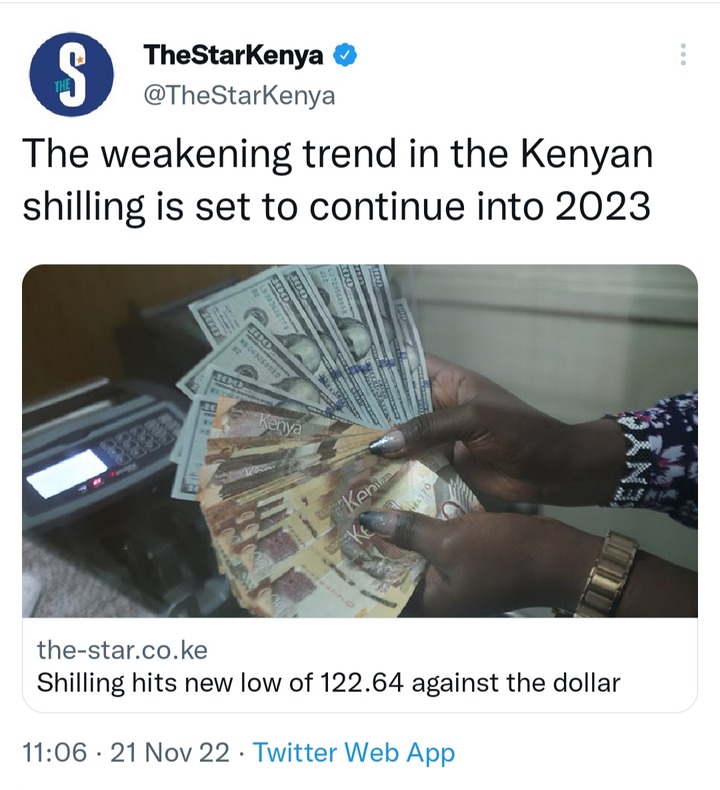 After the market started, the Google currency tracker showed the Kenyan shilling at 122.64 units versus the dollar, before rising to Friday's value of 122.15.

The US is expected to raise interest rates again, maybe even in December 2023, which would likely lead to a continuation of the Kenyan shilling's falling trend.

However, because the economies of the Eurozone and the United Kingdom are suffering as a result of the Russia-Ukraine conflict, rate increases in those regions are generally anticipated to have a less significant influence on the shilling.

Analysts forecast that the shilling will continue to lose value during 2023 and that the average exchange rate will range between 125 and 128 for the whole year.

The Kenyan shilling has lost 8% of its value versus the US dollar so far in 2022. Due to this, traders' ability to import has been constrained.

The high cost of imports has to be borne by consumers, which raises the cost of living. Inflation increased to a 7-year high of 9.6% in October.

The rising US dollar has also taken a toll on Kenya's official foreign exchange reserves, which now amount to four months' worth of import cover, or the lowest limit set by the Central Bank of Kenya (CBK).

According to the CBK, the local currency has been "in the center of the pack" when compared to other regional currencies in Sub-Saharan Africa.

Increased remittances and higher exports in 2022 have helped to maintain the relative stability of the Kenyan shilling.