How Has DP Ruto Acquired Choppers, Hotels, And Land Worth Billions In Only 7 Years? -Tuju Asks

Tuju said the DP in 2015 revealed that he was worth Ksh.100 million, only for it to now emerge, following CS Matiang’i’s revelations, that he could actually be worth a few billion. "By his own accounts, the deputy president is on video record when he tells Kenyans that he was worth Ksh.100 million some time in 2015. In the intervening 7 years, he has worked very hard in his businesses and now has assets like choppers, hotels, and land worth billions of shillings," he said. 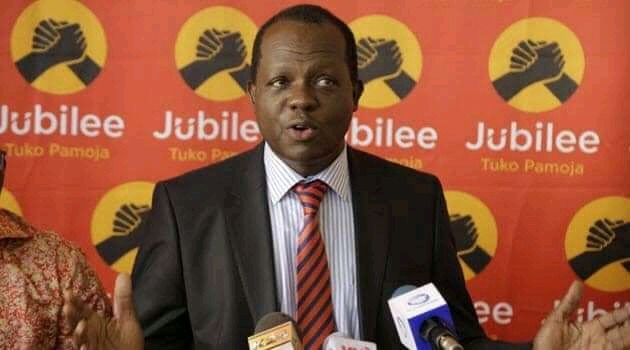 Tuju claims that the DP estimated his worth at Ksh.100 million in 2015, only for it to now be proven, following CS Matiang'i's remarks, that he is worth several billion. "According to his own reports, the deputy president was caught on film telling Kenyans that he was worth Ksh.100 million in 2015. He has worked really hard on his enterprises over the last seven years, and as a result, he now has assets worth billions of shillings, such as choppers, hotels, and land," he stated. 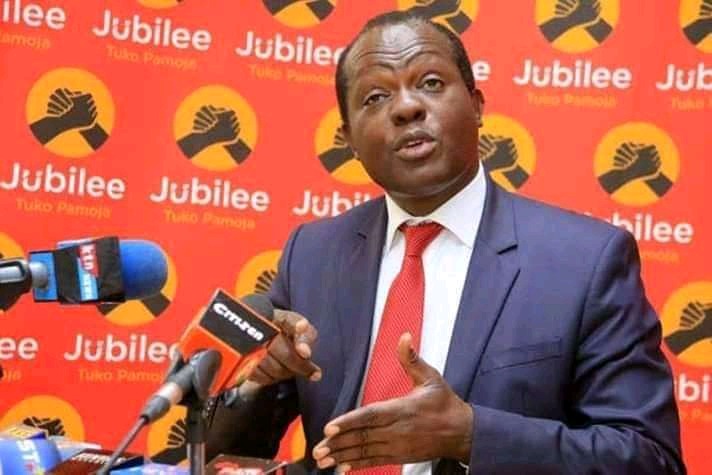 "We would like to congratulate Dr. Ruto for making such incredible strides in business while studying for his PhD while running a multi-billion shilling empire and carrying the heavy burden of working as number two in command and being involved in presidential campaigns on Sundays, while still finding time to do harambees with his hard-earned sweat money. He's been more charitable than Safaricom and other bluechip corporations, according to our records," Tuju said. 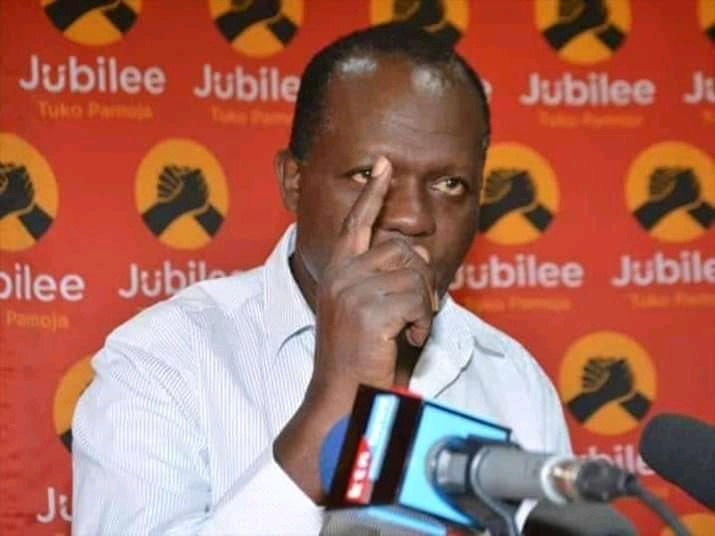 "May the deputy president, Dr. William Ruto EGH, UPL, DL, CH, kindly show these young people all of their talents and how to gain such property in such a short period of time. He should show us, the dumb grownups in this country, how to do the same. We may not have the superhuman abilities for hard work that he possesses, but he should at least teach us something other than wheelbarrows, show us another way to do such miracles," Tuju continued.

Tuju also accused DP Ruto of blackmailing President Uhuru Kenyatta's government for his own personal gain between 2013 and 2017. Despite all of this alleged blackmail, President Kenyatta, according to the Jubilee Secretary General, has managed to remain tolerant and accommodating of the DP, focusing on his development program instead. He chastised DP for reportedly using his cronies to launch a social media onslaught against Mzee Jomo Kenyatta, and urged him to clean up his act. 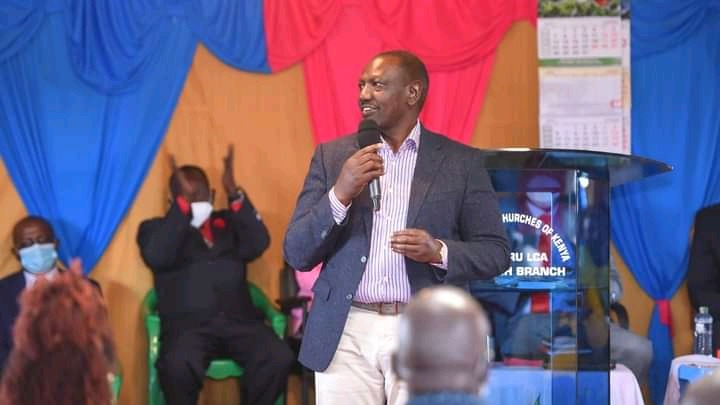 "Not only will the DP no longer be able to blackmail Kenyans, but the Kenyan people will not accept it. We want to applaud our deputy party leader, Ruto, for his honesty in admitting that he is a very wealthy hustler in this recent saga involving his security detail. As Kiswahili people say, mgala muue lakini haki yake mpe," Tuju remarked. 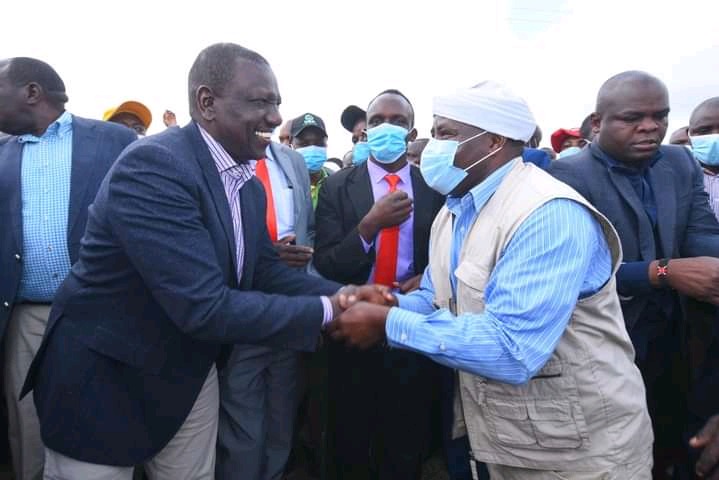 "It was an admirable display of optics and humility before his true self and ego emerged as he launched a scathing social media attack carried out by his foul-mouthed political mouthpieces and bloggers, with the majority of the vitriol directed at the person and family of our nation's founding father, Mzee Jomo, who is not here to defend himself. As a party, we're issuing the DP a public statement stating that we will not tolerate him crossing this line of alluding to the late Mzee Jomo's family. We continue to fight a great deal of provocation tempting us into the slimy and smelly social pig stay that some of his folks occupy," Tuju continued. 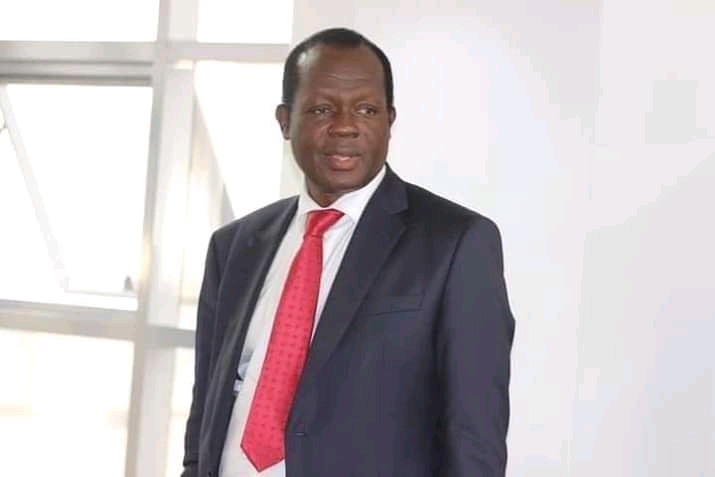 Tuju also urged the deputy president to make his tax payments to the Kenya Revenue Authority (KRA) public, citing his admission of earning Ksh.1.5 million from his chicken farm as evidence. "Then there's the Arror/Kimwarer tale to consider. His own daughter was the deputy ambassador in Rome at the time, and the DP assured Kenyans that only Ksh.7 billion had gone missing. The Italians have never returned this money to our knowledge. Given that he has some private business networks in Italy that he had gone to meet, would he be so concerned about this nation of poor people, this nation of hustlers, that he would use his vast business networks to recover this money?" Tuju added. 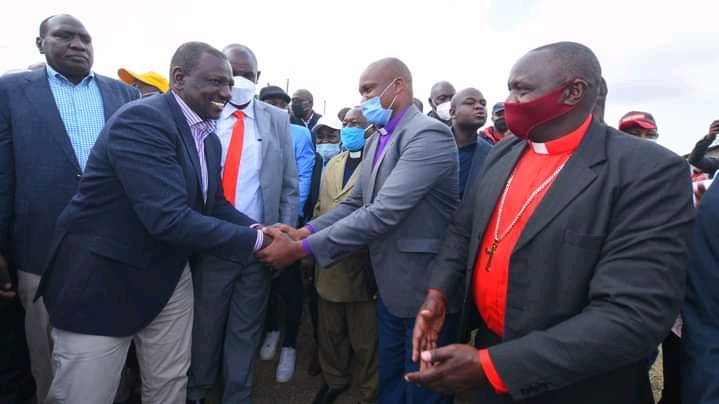 "Even though he only mentioned Ksh.7 billion, it's a significant sum of money. Even if the DP's chicken farm earns Ksh.1.5 million net each day, it will take 13 years for the farm to yield Ksh.7 billion. In the interest of Kenyans, we demand that the DP respond truthfully to the issues addressed. The time for cheap media spin-doctoring has passed, as seen by his latest announcement that he will even accept G4S Security. Now that we know the G4S is his standard, calculating the price per askari posted on his private properties during the era of blackmail stock options and having it paid to Kenyan tax payers should be simple. Maybe we may extend that small refund to Wanjiku as well," Tuju added.