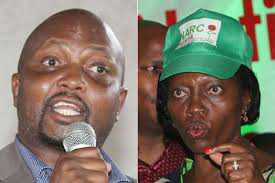 The leader of the NARC-Kenya party, Martha Karua, had spoken on the on the shipment of genetically modified maize that arrived at the Mombasa port prior to the gazettement approving the importation of the products.

Karua claimed that she smelled a rat in the government's haste to permit the shipment of the good before it had been gazetted. She also asserted that it was unnecessary to import maize while local farmers were harvesting their crops and that ordering tons of the staple product violated importation regulations. 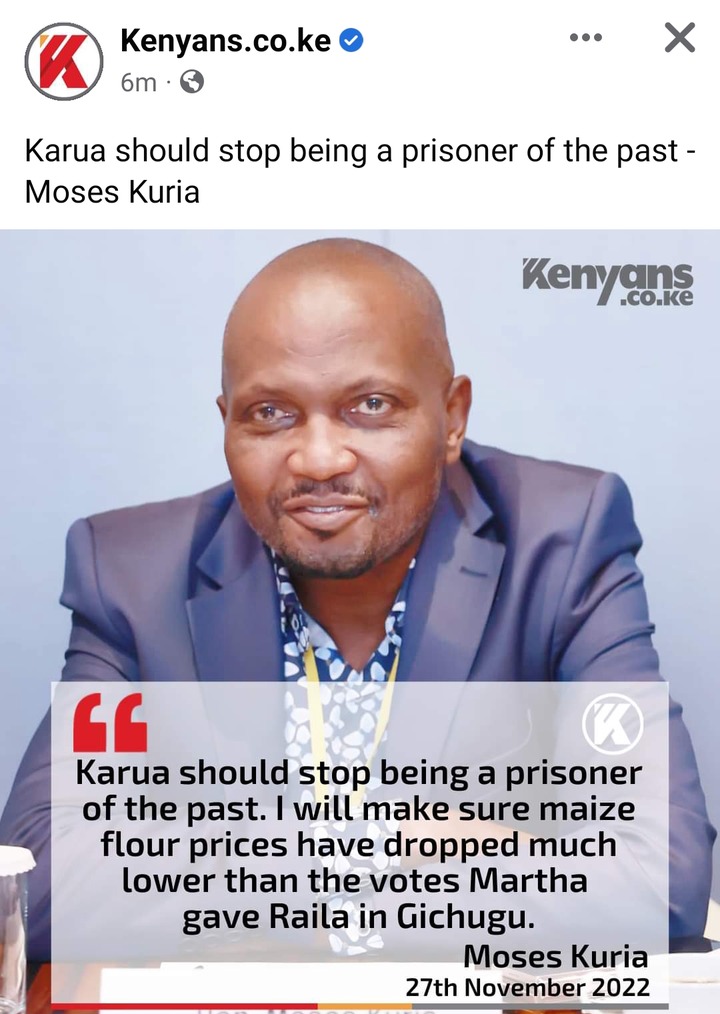 However CS Kuria responding to Martha Karua's importation alleges that Karua should stop being a prisoner of the past concerning the GMO maize, says that he will work within his powers to make sure that he reduced the price of maize flour to a price lower that what Martha Karua delivered to Raila in Gichugu Constituency in the concluded august polls.

"Karua should stop being a prisoner of the past. I will make sure maize flour flour prices dropped much lower than the votes Martha Karua gave Raila in her own Constituency" says Kuria

In Kirinyaga County President William Ruto garnered huge number of votes in Raila Odinga's running mate Martha Karua's own poling station through a clear win , with Ms Karua delivering less than a third of the votes. The results from form 34A posted by independent Electoral and Boundaries Commission portal showed that at Mugumo primary School in Gichugu Constituency in Central Kenya, where Karua voted DP Ruto Garnered 911 votes against Mr Odinga's 311 votes. So according to Kuria he will reduce the price of maize flour to as much low as 311 votes.