By Summary (self media writer) | 15 days ago

While responding to video footage of the ODM leader saying that he has no offshore account, Miguna claimed that Raila has several accounts abroad which are held through proxies. 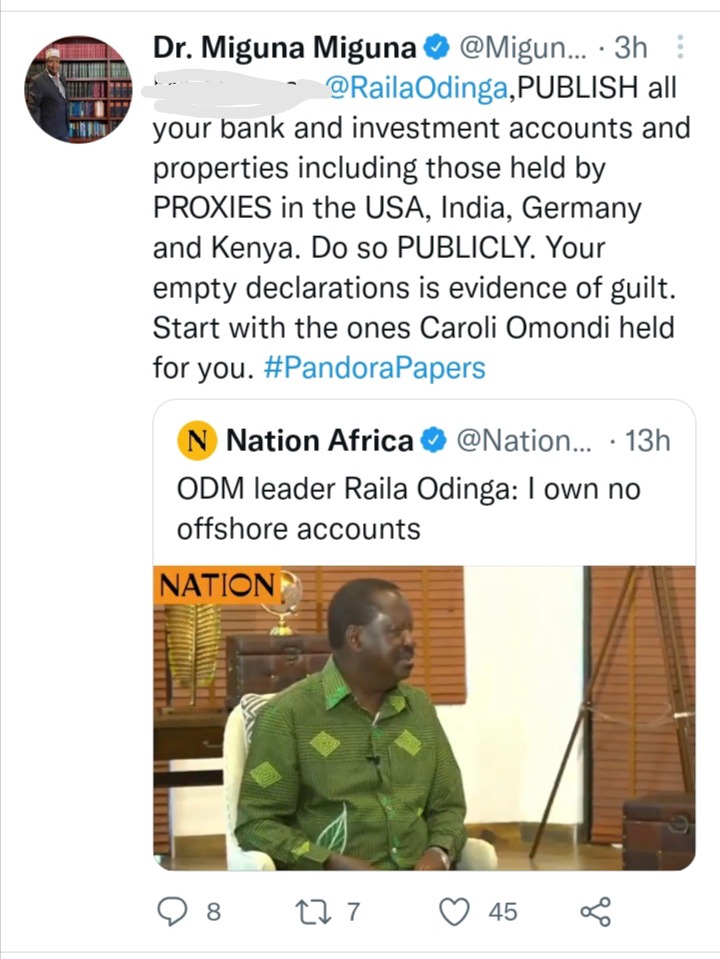 According to Miguna, Raila has bank accounts in the USA, India, Germany.

He adds that the accounts are held through his proxies including his closest aid Caroli Omondi.

Mr Omondi is a Kenyan lawyer and a former chief of staff in the Office of the Prime Minister during the grand coalition government.

"Mr. @RailaOdinga, PUBLISH all your bank and investment accounts and properties including those held by PROXIES in the USA, India, Germany and Kenya. Do so PUBLICLY. Your empty declarations are evidence of guilt. Start with the ones Caroli Omondi held for you," Miguna tweeted. 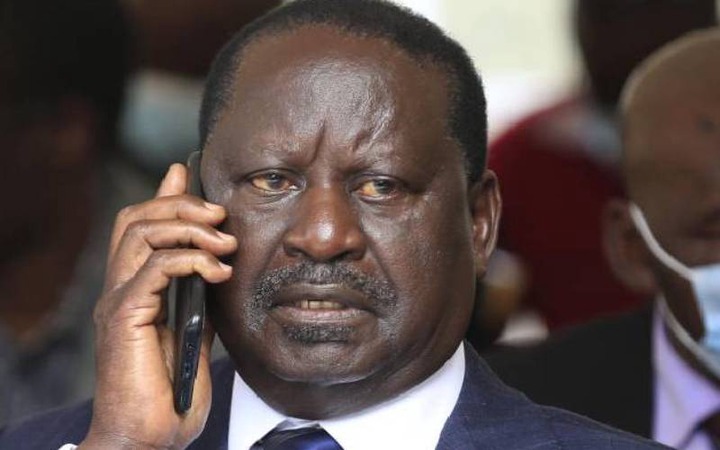 The reports come at a time when Kenya's first family is facing criticism from a section of Kenyans after Pandora's Papers revealed that President Uhuru Kenyatta's family holds more than Ksh3.3 billion in their offshore accounts.

Raila who spoke to local radio stations on Wednesday morning noted that he has no accounts abroad.

He noted that having accounts abroad is not an offence so long as the funds or the investment is not a proceed of crime.