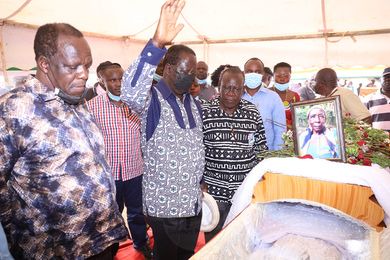 The leaders told residents of Mumias that they were aware of their suffering following the collapse of Mumias Sugar factory, their main source of livelihood, and assured them that they were determined to awaken the plant. 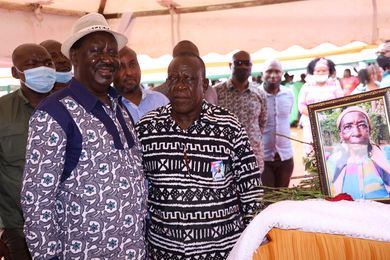 Speaking during the funeral service of Mama Dorcus Wamayi, mother to Mumias West MP Johnson Naicca at Musanda, they regretted that sugar cane farmers are suffering because of brokers who are frustrating efforts to revive Mumias Sugar Company which collapsed some few years back. 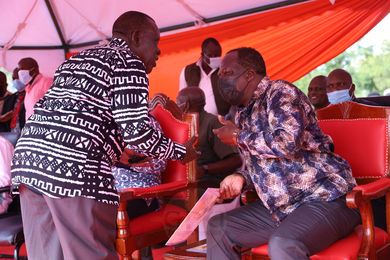 "Cartels have continued to frustrate the process of reviving sugar sector, the Taskforce recommended leasing of the Millers but some have been using courts to block this process," said Odinga.

He noted that if elected as the fifth President, he will seek to revive the economy, transform education sector to ensure every Kenyan child gets quality education and improve the healthcare system. 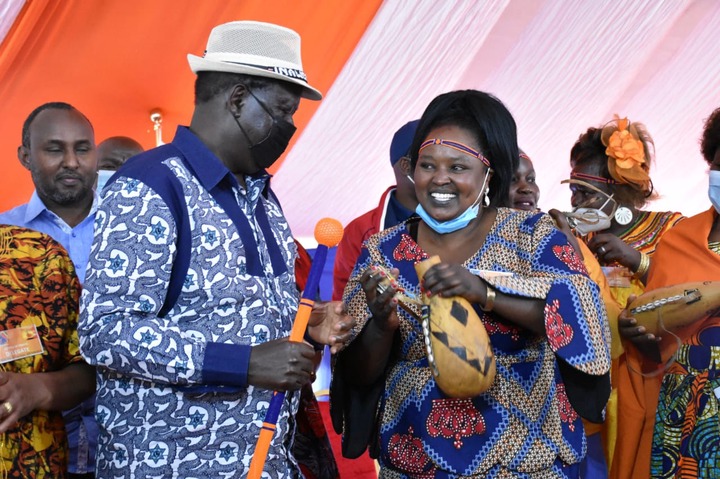 He defended his social welfare package of giving poor households monthly stipend of Ksh 6,000 saying it is attainable.

"I will seal all corruption loopholes and use the money to implement the social welfare programme. It will be the biggest social welfare in Africa," he said.

Dr Oparanya regretted that efforts to revive Mumias Sugar Company have continued to meet setbacks whenever investors show interest in the company. 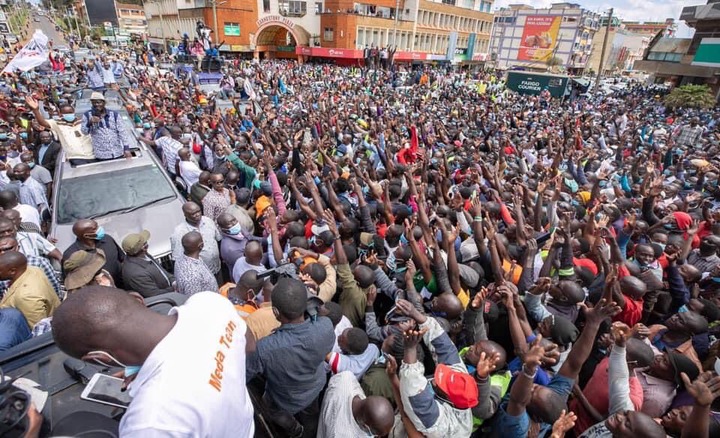 He said cane farmers are forced to suffer in the hands of scrupulous millers who take advantage of the situation.

"This Government does not understand sugar matters well. We need to be serious in reviving sugar sector in the country," said Dr Oparanya.

The Kakamega Governor affirmed his support for Odinga saying if elected the fifth President he will revive the economy.

"It is not a secret now. The battle for State House is a two horse race between Hon Odinga and Deputy President William Ruto. As a region we should rally behind Odinga because he understands our issues," he said.

Deputy governor H.E Prof Philip Kutima said Hon Raila was gaining support after he kicked off the Azimio la Umoja campaigns adding that Luhya community should rally behind him so as to have a say in his government.

He added that supporting Hon Raila in totality will give Dr Oparanya political mileage and put him in a better position to succeed former PM. 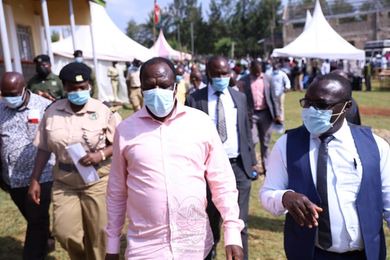