This information is courtesy of (Tuko. Co. Ke). 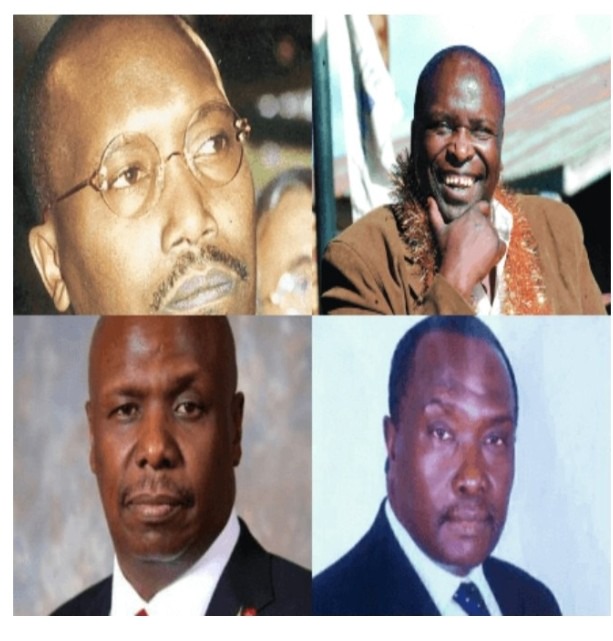 Moi died in the year(2020), after he had ruled Kenya for 24 years and retired peacefully. Moi and his family, are among, the richest Kenyans, with estimsted wealth, of hundreds of billions. According to the new world health reports, Moi Family, easily fits in the category of centimillionaire.(courtesy of Tuko.Co.Ke). 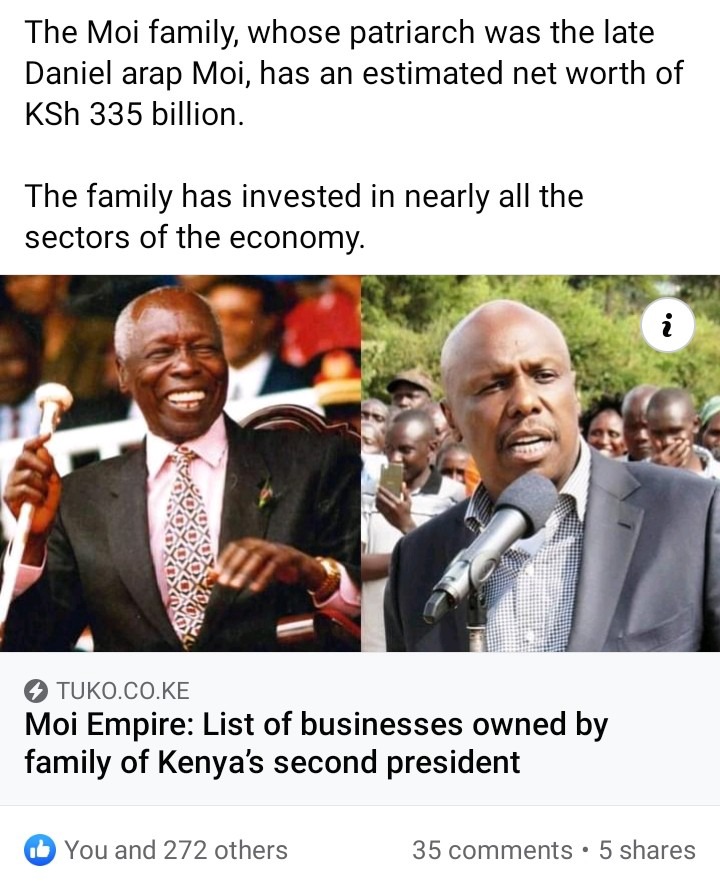 The family has invested in almost all the fields, they include : Banking, oil industry, freight, hotel, Insurance, media, maritime, airline, hospitals, schools, transport and tourism. His net worth is estimated to be excess of 3 billion Usd it is about 310.2 billion Kenyan Shillings. All this wealth was accumulated before, after and during the former presidents regime.

His children are also expanding his wealth and among them is Baringo senator, Gideon Moi. According to a report that appeared in a The Star newspaper. The list of properties owned by this family is endless. The family has over 100 companies, owned or co - owned by them. In every county their is a school linked to Moi's family.

Here is the breakdown of some properties owned by the family.

They own the famous standard media group, which is the parent company to KTN,Radio Maisha, Standard Newspaper and other subsidiaries such as Baraza limited.

In this sector, the family, owns the signon group, which is the East African largest integrated Logistics and Services Provider. This group, includes, Signon Aviation and Signon Freight holdings. The family, also owns Kent ship, Eagle Airlines, Kenya Aerotech Ltd, maritime and it is also said to own part of the Kenya Airways Fleet.

The family is associated witj Chester house, sielei properties, Mugoya construction, regent management of about 200 houses, paradise holdings and Gateway properties. It also owns several houses in Suburbs of Nairobi, That is Karen, Lavington and Nakuru Residence. The family is alleged to be owning several unidentified properties in United States of America.

It has really invested in this sector. It owns several big entities, such as Sasine Group of Farms, which include : Fresh produce Ltd, Chemusian Company, Sian Roses and it also owns a Tobacco farm in Malawi.

It has also greatly invested in this sector, and they have interests in Chesco Ltd, cable wireless and they have sizable shares in Safaricom.

They have also invested in this field and some of the hotels owned by this family is Sheraton Group Holdings, Intercontinental Hotels and Safariland club.

General business and others