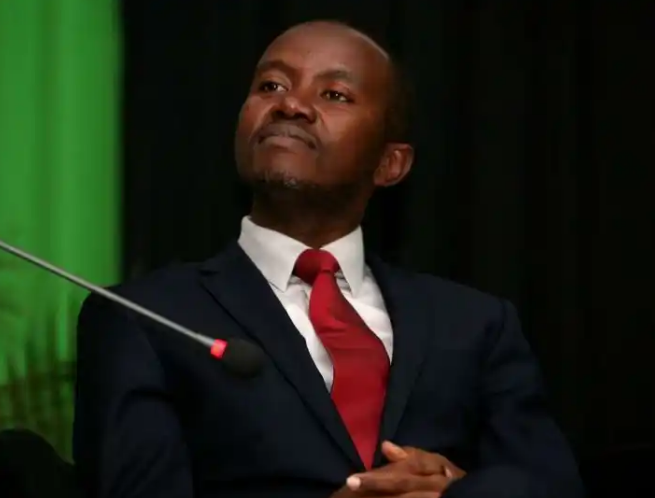 ICT Cabinet Secretary Joe Mucheru impressed and surprised his audience in equal measure when he narrated a story of how he made a super profitable investment back in 2014 even before becoming a CS.

Explaining in great detail, he shared how each single unit cost him only Kshs 20, 000, and how currently, each is going for roughly five million.

Just to show how rich the youthful CS is, he went ahead to drop a disclaimer that this wasn’t even near him giving a lifestyle audit.

CS Mucheru was speaking while delivering a lecture on the entire issue of Intellectual Property, and the Bill that looks at the issue.

Emphasising on technology, and the huge role it plays in the world and contemporary commerce, Mucheru revealed that back in 2014 before he became a CS, he made the rare but wise decision to invest in Bitcoin.

Saying that when he made the decision, the crypto currency wasn’t as popular as it is today, he shared that each went for only 20, 000. Although he didn’t disclose exactly how many he bought, he revealed that currently, each is going for a whopping five million shillings.

In an apparent alluding to the lifestyle audit plan that had been proposed by President Uhuru Kenyatta for all State Officers a while back, the CS said that his statement on the millions he has made from Bitcoins doesn’t pass for a lifestyle audit.

For the most part, Bitcoin investors have had a bumpy ride in the past roughly 13 years. Apart from daily volatility, in which double-digit inclines and declines of its price are not uncommon, they have had to contend with numerous problems plaguing its ecosystem, from multiple scams and fraudsters to an absence of regulation that further feeds into its volatility.

In spite of all this, there are periods when the cryptocurrency’s price changes have outpaced even their usually volatile swings, resulting in massive price bubbles.

Top 10 Most Followed and Liked Kenyans on TikTok