After being ensnared into a Ksh1.3 billion Anglo-Leasing controversy by Transport Chief Administrative Secretary (CAS) Chris Obure, Amani National Congress party leader Mudavadi's dark past is catching up with him. 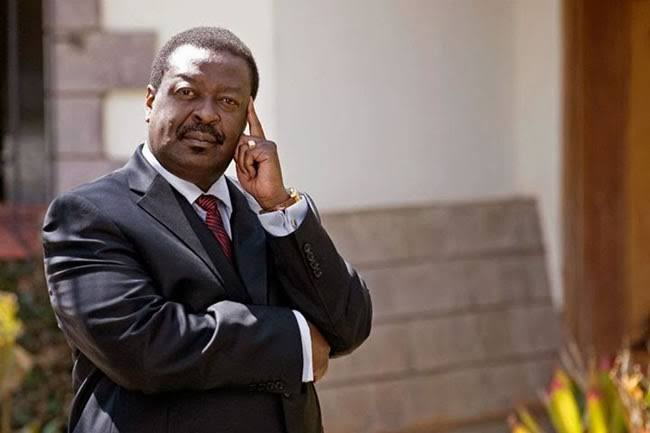 Obure claimed in court yesterday that Mudavadi was involved in one of the multi-billion dollar Anglo-Leasing projects by procuring equipment for the Kenya Postal Corporation (PCK).

Mudavadi submitted a letter to Obure, asking direct acquisition of some of the equipment that was needed at the time, according to Obure.

"In the letter, Mudavadi stated that the government intended to develop and upgrade the Postal Corporation of Kenya (PCK)," Obure told the court.

Chris Obure said that on May 9, 2002, he received a letter from Mudavadi requesting a direct procurement of equipment for the Kenya Postal Corporation (PCK)

According to the contents of the letter, Mudavadi intended to enhance the postal services, making it easier for teachers and other employees to get paid.

Mudavadi served in President Daniel Arap Moi's cabinet as Vice President and Minister of Transport and Communication at the time.

Obure was the finance minister at the time.

Hardware, computer servers, software licenses, and other communication services were among the items to be purchased.

Mudavadi also asked Obure's authorization to procure directly from a corporation situated in the United States of America, according to the testimony.

In Kenya, they sought to modernize over 900 post offices.

Obure attempted to defend his name by claiming that he was not involved in the controversy in any way.

Mudavadi, he claimed, was to blame for the country's turmoil and scandal.

Many powerful people were named in the Anglo-Leasing scam, and they have yet to be cleared.

Mudavadi, who is running for president in 2022, has yet to remark on the topic.

How To Increase Your Fuliza Limit

Congratulations: Njeri Ithaga Riene Over The Moon After Getting Her First Brand Ambassador Gig