By Lydiah_KE (self media writer) | 10 months ago

The family of Jimal Marlow has been the talk of the nation for sometime now. Today, the Nairobi tycoon have elicited mixed reactions online after he decided to post a cryptic message on his Facebook platform. The chairman of Nairobi matatu sacco made a post that was meant for Amira. This is just after his wife launched a new business. Nairobi tycoon made a post claiming that the only business idea majority of women have is selling clothes. 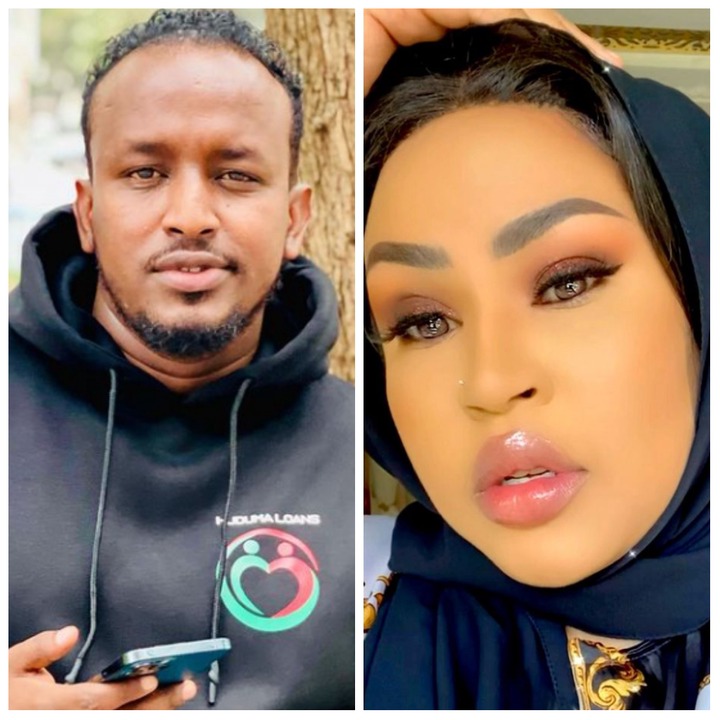 Amira recently visited Dar salam to buy clothes for her new business. Upon Amira's return, she launched the business. The mother of two is now selling lady's outfits. She created social media platforms for her new business. Just minutes after Amira shared pictures of the 'Amira Fashion House' Jimal made a post stating that 70% of women only think about selling clothes as a business idea. 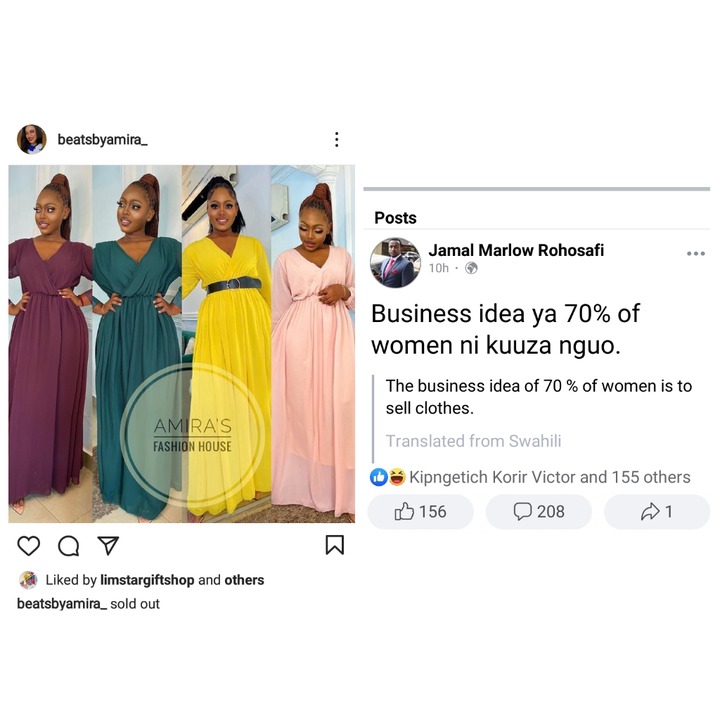 On Jimal's Facebook post, his followers came out in large to support Amira. Majority of the social media users stated that Marlow did not think through before making such a post. They claimed that Jimal is the one who is supposed to support Amira's business instead of making posts which can be discouraging to the business woman. Here is the full post made by Jimal. 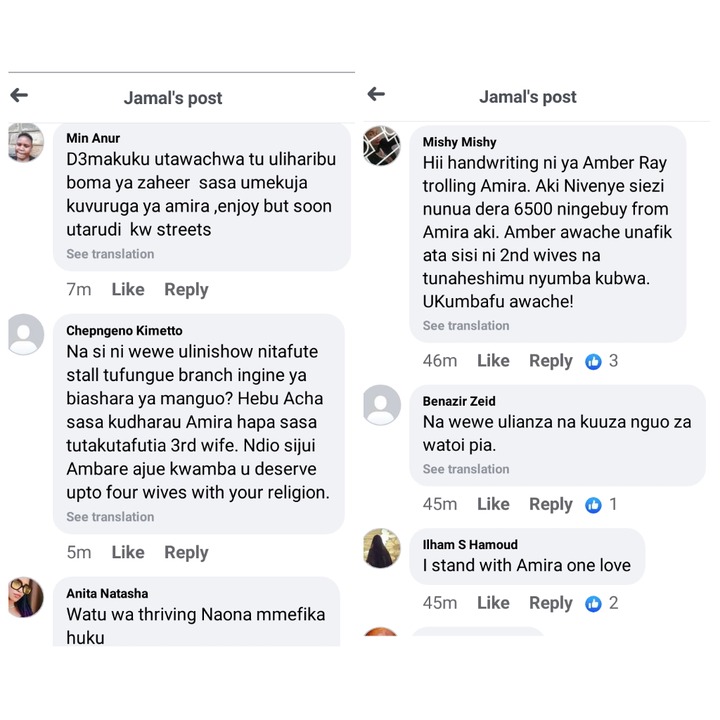 Raila Odinga Reacts To His Campaign Rally In Busia