By MashHenry (self media writer) | 8 months ago 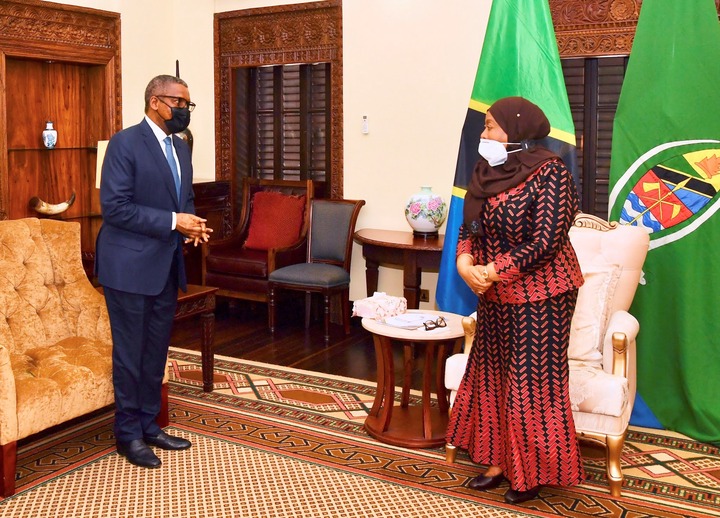 Africa richest man according to Forbes Alhaji Aliko Dangote praised Tanzania President Samia Suluhu Hassan for her investment policies that are aimed at attracting both foreign and local investors in Tanzania.

Mr Dangote congratulated President Suluhu for the swift changes she is doing in Tanzania and reassured her that they will continue to invest in Tanzania and help her create jobs, wealth and prosperity for her people

Dangote confidently stated that the business environment in the country had changed drastically and he promised to be the goodwill ambassador of Tanzania where ever he is meeting global investors.

President Suluhu has adopted a more reconciliatory approach which is different from the abrasive approach by her predecessor the late John Pombe Magufuli.

Foreign investors were a target by Magufuli's regime where he believed that most of them were under declaring their returns hence repatriating most of Tanzanian wealth to their countries of origin.

Dangote Industries Tanzania Limited during the first half of 2018 forced to close shop during the tentative years of president Magufuli. The company claimed that some of the tax incentives given to them by the Kikwete government had been rescinded by Magufuli's.

The company had requested to be supplied by cheap gas which was discovered in Mtwara where the factory is situated which the government refused forcing them to use expensive diesel fuel to run their engines.

Dangote Tanzania CEO Harpeet Duggal claimed that the company was using 5 million litres of diesel per month to run their generators after a promise to supply them with cheap gas from the nearby gas field failed to materialize.

The company was forced to use coal imported from South Africa which they claimed was cheaper than the one in Tanzania. The government banned Importation of coal, a move that was viewed to have targetted Dangote Industries.

Because of high cost of production occasioned from high cost of energy the company decided to halt their production. This move was seen as a way of coercing the government to yeild to their demands.

The company resumed its operations a year later. 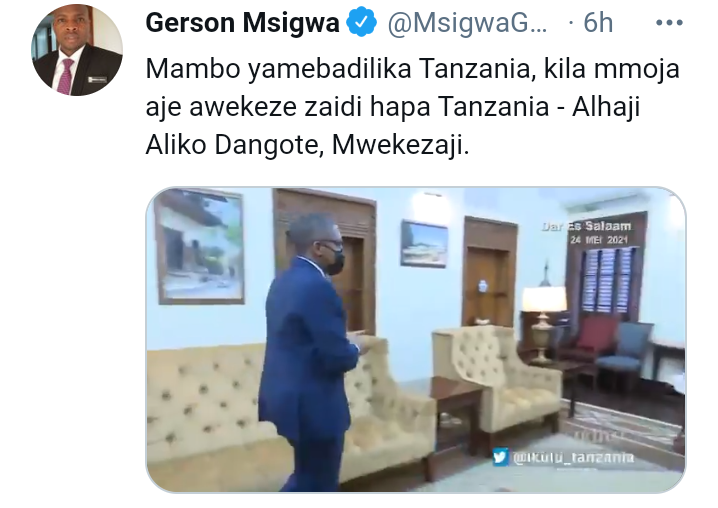