By David-the-Scribe (self media writer) | 1 year ago 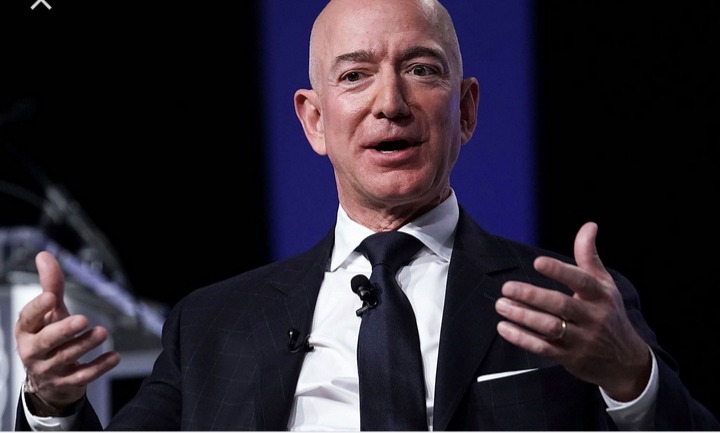 Amazon CEO, Jeff Bezos has resigned from the lucrative post.

The American multinational company revealed in early February that Bezos would change his position in the company from Chief Executive to Executive Chair in July 2021.

Bezos has been replaced by Andy Jassy who has been the head of Amazon Web Services (AWS) - a cloud computing platform and has worked for Amazon for over 24 years.

Bezos became the richest man on the globe through his work at Amazon. As reported in Bloomberg Billionaire Index, the now-former Amazon CEO is said to have a net worth of $203 billion.

Amazon (a company with which Bezos has a 10% stake ) is listed among the most valuable companies in the globe, with a market value of $1.7 trillion.

Through his new role as the Executive Chair, Bezos plans to shift his energy and focus to early initiatives and new products.

It is also reported that he will soon fly to space via a rocket ship that was constructed by his space company named Blue Origin.

Apart from the space mission, Bezos is expected to concentrate his effort on his magazine - Washington Post, and philanthropy work.

Content created and supplied by: David-the-Scribe (via Opera News )