By Whizerwriter (self meida writer) | 10 days

Keroche Breweries heiress Anerlisa Muigai is undoubtedly among the A-list women currently in the country. She is a successful entrepreneur famous for being the owner of Nero Company Limited, which manufactures and distributes premium bottled water known as Executive Still Water and Life Still Water.

Her ventures in the competitive field has led to her receiving numerous nominations and awards like the Female Entrepreneur of the Year in 2018, and her company was recently nominated for the European Quality Awards. 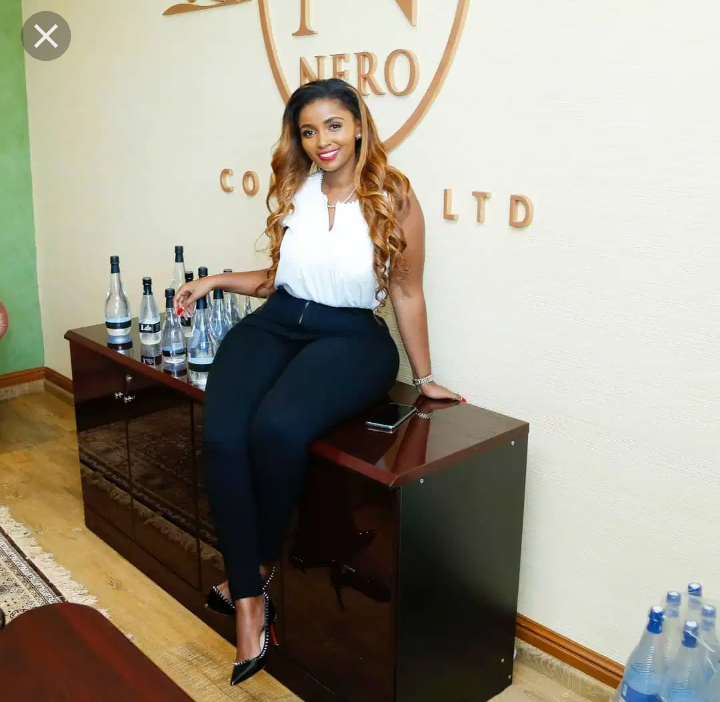 Even though she was born to a wealthy family of Joseph Karanja and Tabitha Karanja who are the founders of Keroche Breweries, like many other successful entrepreneurs she has her own different story of how she became the person that she is today.

Taking to her insta stories earlier today, the voluptuous CEO shared little known details about her first ever job.

She revealed that she used to work at Mcdonald's, which is a fast food company in the USA and that she did so in order to gain some experience. 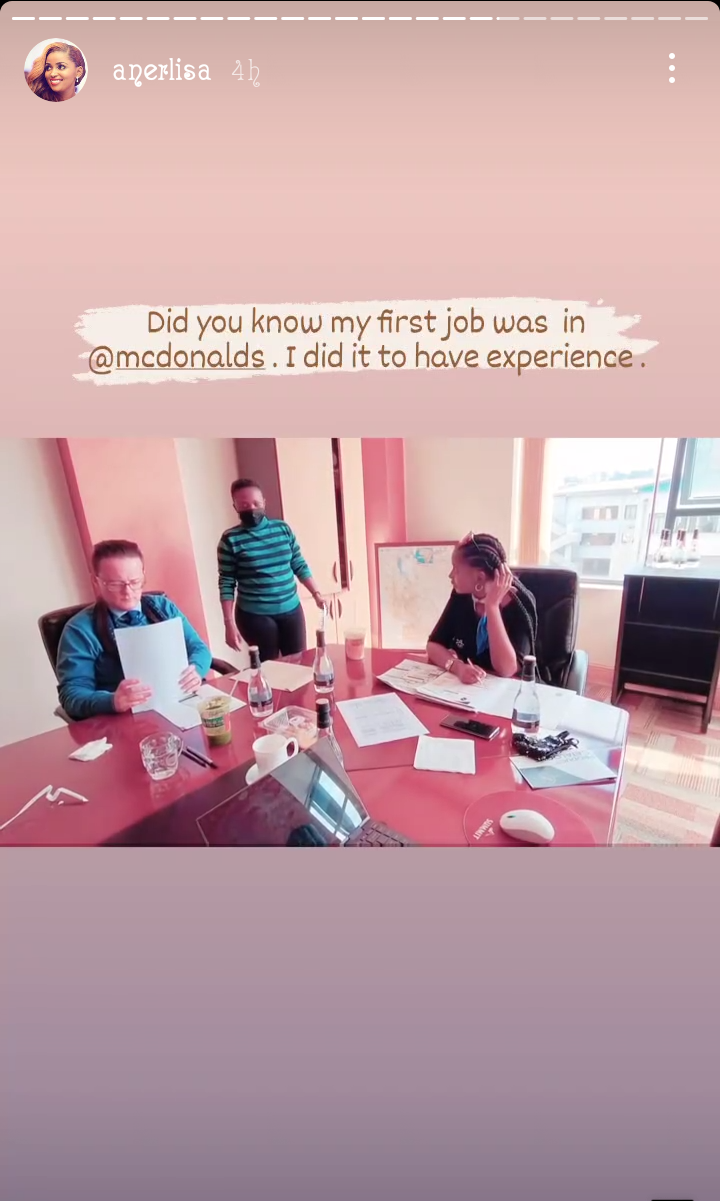 After that Anerlisa Muigai also disclosed that she wanted to work at IKEA UK, which is a company that deals with home decor and accessories.

However it was here that her father Joseph Karanja intervened, and asked her to come back in the country to work for him at Keroche Breweries. 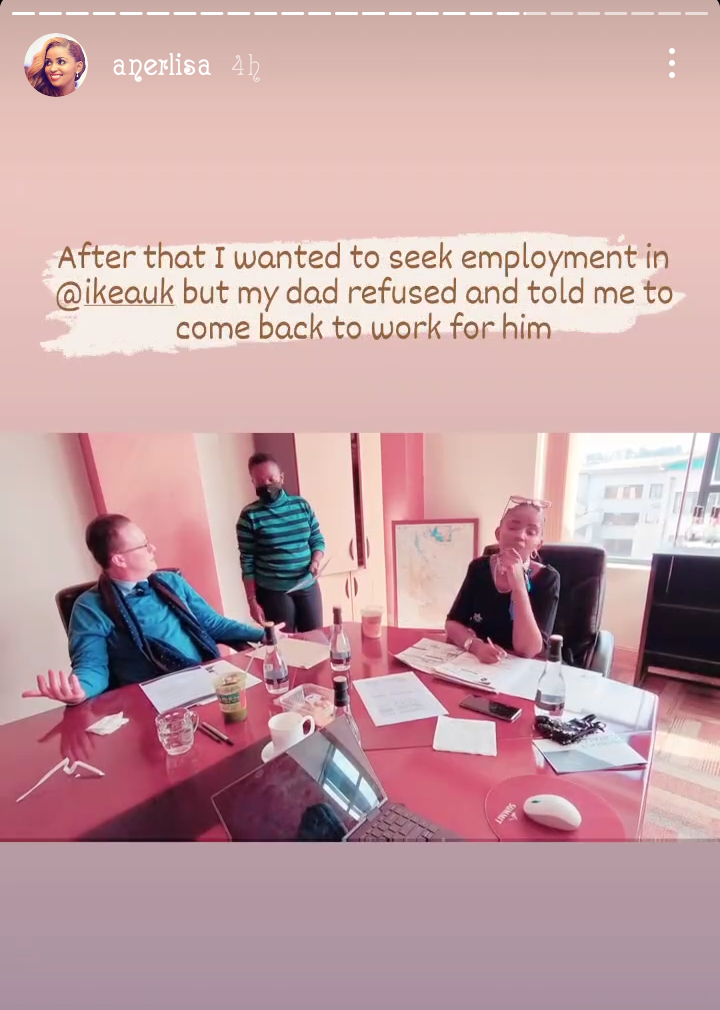 She disclosed that she worked for her father for 2 years before deciding to start her own company (Nero Company Limited), and this was reportedly way back in 2013. 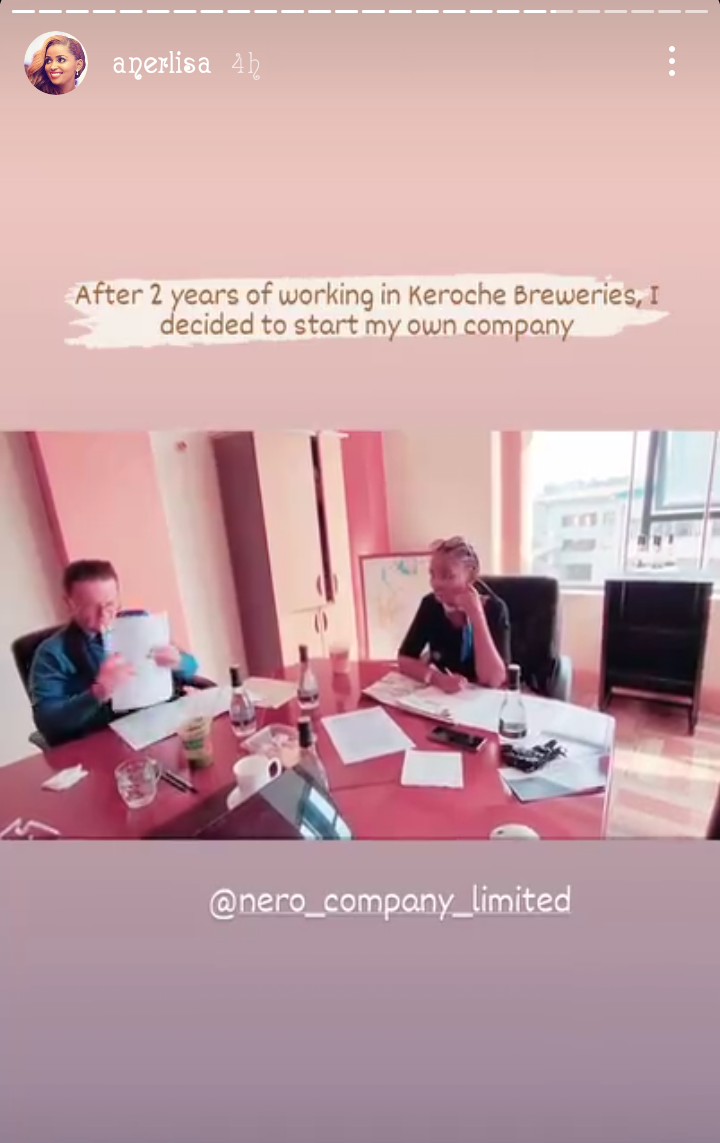 According to the reports it is said that Anerlisa Muigai's journey to the top wasn't easy.

This is because the designs of her water bottle looked like a champagne brand, which led to many confusing it to be alcoholic and thus refused to purchase it.

However not being a quitter she was determined to push her new product in the market, and in late 2013 is when her water business reportedly began picking up. Since then as they say the rest is history, and the Nero Company Limited CEO currently has an estimated net worth of over $1 billion.