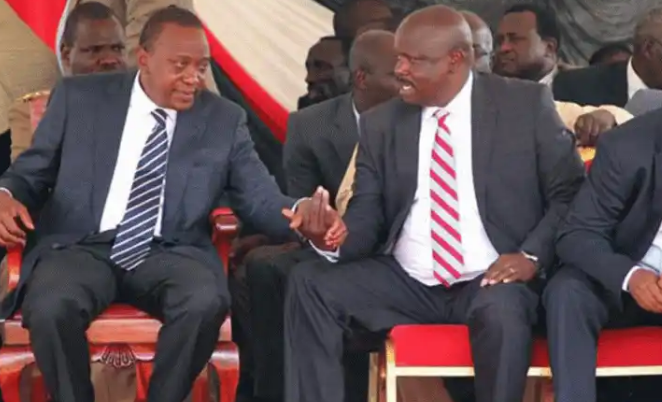 According to the report, the five individuals and families control more wealth than millions of Kenyans from across the country.

The report has ranked President Uhuru Kenyatta as the fourth richest Kenyan with a net worth of Ksh.60 billion ($530 million).

With a net worth of Ksh.89.6 billion ($790 million), Sameer Naushad Merali is the heir to the late businessman Naushad Merali, and his investment interests include telecommunications, manufacturing, agriculture, banking and real estate.

Bhimji Depar Shah is the founder of Bidco Group of Companies with a fortune worth Ksh.85 billion ($750 million), while Jaswinder Singh Bedi, a textile manufacturer, came in third with a Ksh.77.1 billion ($680 million) fortune.

The report quoted on Business Daily was released on Monday by British charity organization Oxfam International, which said the data was up to date as of November 30, 2021.

Their combined wealth increased from USD12.73 billion to USD17.4 billion, an increase of 36.8 per cent, adjusted for inflation,” read the report in part.

Most of Merali’s wealth is from real estate, manufacturing and banking sectors among other money-maker projects.

Sameer’s father still holds a record of making as much as Ksh1.6 billion in just an hour from his business acumen.

The Kenyatta family, who have been dominating the rich people list, have investments across diverse markets including banking, manufacturing, processing and telecommunication among others.

In general, Africa has 19 dollar billionaires with none coming from Kenya. The wealthiest person in Africa is Aliko Dangote with a wealth of Ksh1.5 trillion (USD $13.5 billion).

Opinion: Another Earthquake Pronouncement Allegedly Looming After These Leaders' Meeting