By SamwelOnyati (self media writer) | 28 days ago

Former Prime Minister Raila Odinga today was hosted by Mt Kenya billionaires who are also members of Mt Kenya foundation which consists of state house operatives and rich men from the region,all those who attended the event are rich but also have capacity to convince a certain region to vote for the former prime minister,President Uhuru Kenyatta maternal uncle was present in the meeting,according to political commentators Muhoho availability in that meeting symbolises presence of Kenyatta's family,President Uhuru Kenyatta's uncle was a the CEO of Kenya Airports Authority before resigning and has vast interest in Real Estate,and education sector. 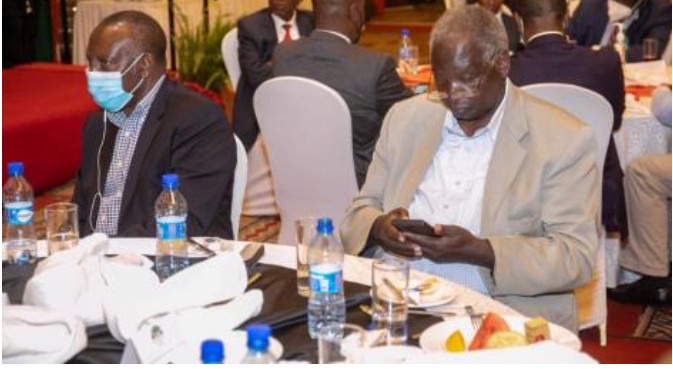 Another influential billionaire who was spotted at the meeting was Titus Ibui who is a banking guru,Ibui owns several banks in Kenya and has shares on major companies in the country,S.K Macharia was not left behind as he is one of those individuals who have been working closely with former Prime Minister Raila Odinga,he owns royal media service which is a multimillion company,also present was Peter Munga who owns the second largest bank in Kenya.

State house operatives were not left behind the newly nominated senator Isaac Ngugi was present,Peter Kagwanja who is a political strategist was spotted in the meeting,president Uhuru Kenyatta PR team lead by Pauline Njoroge who were fighting the former Premiere were also seen.