By KDF.POLICE.SERVICE.UPDATES (self media writer) | 10 months ago 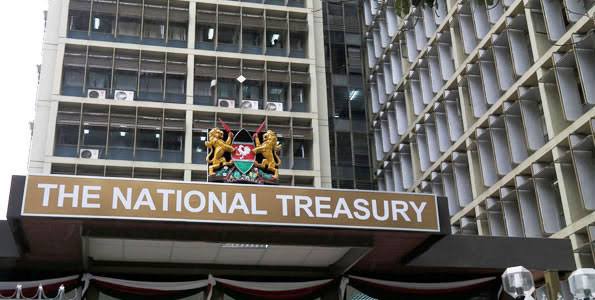 The Controller of Budget (CoB) wants the National Treasury to release money to government agencies promptly based on their annual work plans and cash-flow projections.

The spending report for the first nine months of the 2020/21 financial year shows there was low absorption of the agencies development budgets.

This is partially attributed to delays in exchequer cash releases, according to the report by CoB Margaret Nyakango.

In the period under review, the development expenditure amounted to Sh334.55 billion, representing 48 per cent of revised gross estimates, a decrease compared with 60.8 per cent (Sh436.6 billion) in a similar period of FY 2019/20.

It would be expected that by the end of the first nine months, expenditure should be at least 75 per cent of the revised gross estimates, the report says.

As at 31st March 2021, the ministry had released only 45.9 per cent of the revised developmentnet estimates. Delay in the disbursement of exchequers affects the implementation of planned programmes...and subsequently affects completion of projects. 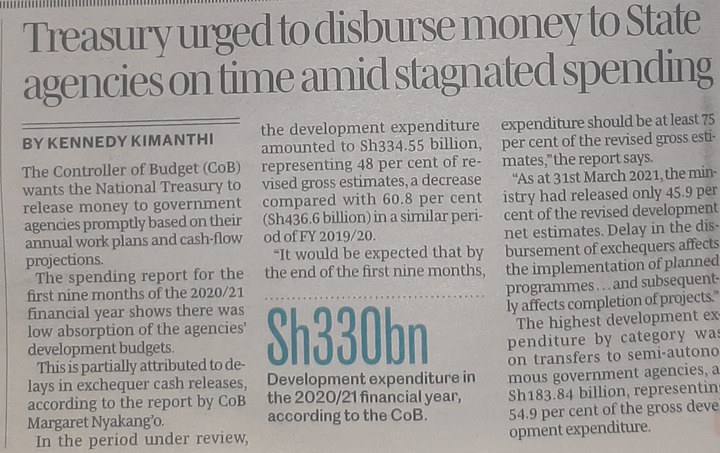